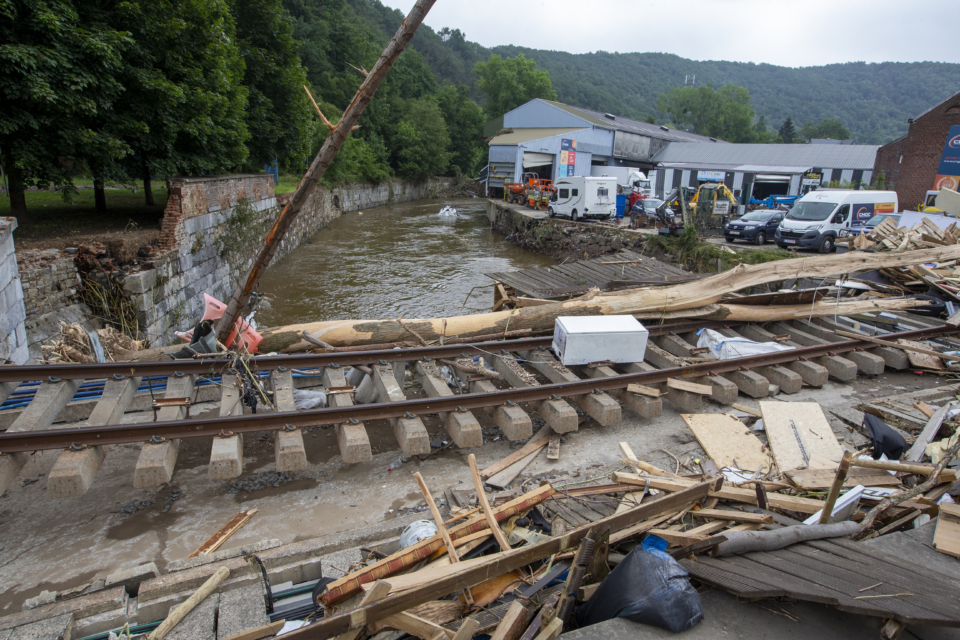 The washed out railway tracks in Pepinster, just after the severe floods of July. Some railway lines are still out of service until October /Belga

Six weeks after the flood disaster in Wallonia, three railway lines are still out of service. But in October, trains should be running again on the last line out of service, the one between Pepinster and Spa. Infrabel, the Belgian railway infrastructure manager, announced this on Monday during a working visit to Pepinster by Mobility Minister Georges Gilkinet (Ecolo).

Twenty-five railway connections were initially out of use immediately after the disaster. However, almost six weeks later, three of them remain: the one between Liège and Pepinster (line 37), Pepinster and Spa, and Gembloux and Ottignies.

However, Infrabel still has a herculean task ahead of it. Infrabel must rebuild bridges, stabilize slopes, and repair cabling. In Pepinster alone, Infrabel says it is working with 50 to 100 people every day. Never has Infrabel deployed so many resources. And the total cost, for all the work across the country, is provisionally estimated at at least 50 million euros, writes the Belga news agency.

By September, Infrabel aims to have repaired two of the three lines that are still out of order. The problem with line 37 is that one of the support pillars on the Louheau Bridge is cracked. To reopen the bridge, a gigantic crane, which can carry up to 750 tons, had to be brought to the site. The end of the works is expected there on 13 September.

But trains to Spa will have to wait until October. The river Hoëgne has severely damaged the railway bridge in the center of Pepinster. The central pillar of the bridge collapsed, causing the whole structure to sag. Further on, in Theux, an embankment collapsed over almost one hundred meters.

Finally, traffic is currently interrupted between Gembloux and Ottignies. On this line, important for commuters to Brussels, both rail and freight traffic should resume on 30 August on a single track. Trains will therefore have to use the track alternately. By mid-September, train traffic should be fully resumed.

Infrabel CEO Benoît Gilson praised the railway workers working around the clock to restore train traffic as quickly as possible. “Almost fifty of them have been affected themselves. Fifteen have lost their homes. And yet those people come to work almost every day. I am immensely grateful to them for that.”

On Monday, a ‘mobility task force’ has been set up in Liege after the heavy floods in mid-July. The task force aims to minimize the impact on traffic now that the Cointe tunnel is still closed. The Cointe tunnel is part of the A602/E25 and runs 1,6 km under the city. It is an important traffic axis.

Setting up a task force aims to bring together all local, regional, and federal players to reduce congestion as much as possible, which will intensify with the start of the new school year. The task force includes representatives from the Walloon mobility department, the police, the city, public bus company TEC, and Belgian railway NMBS/SNCB. 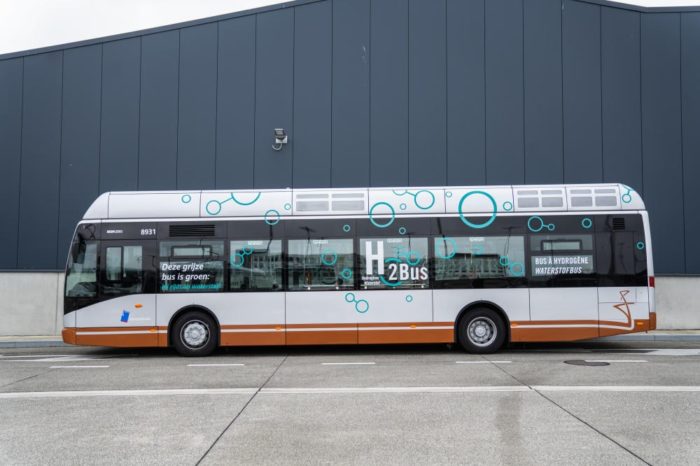 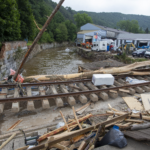