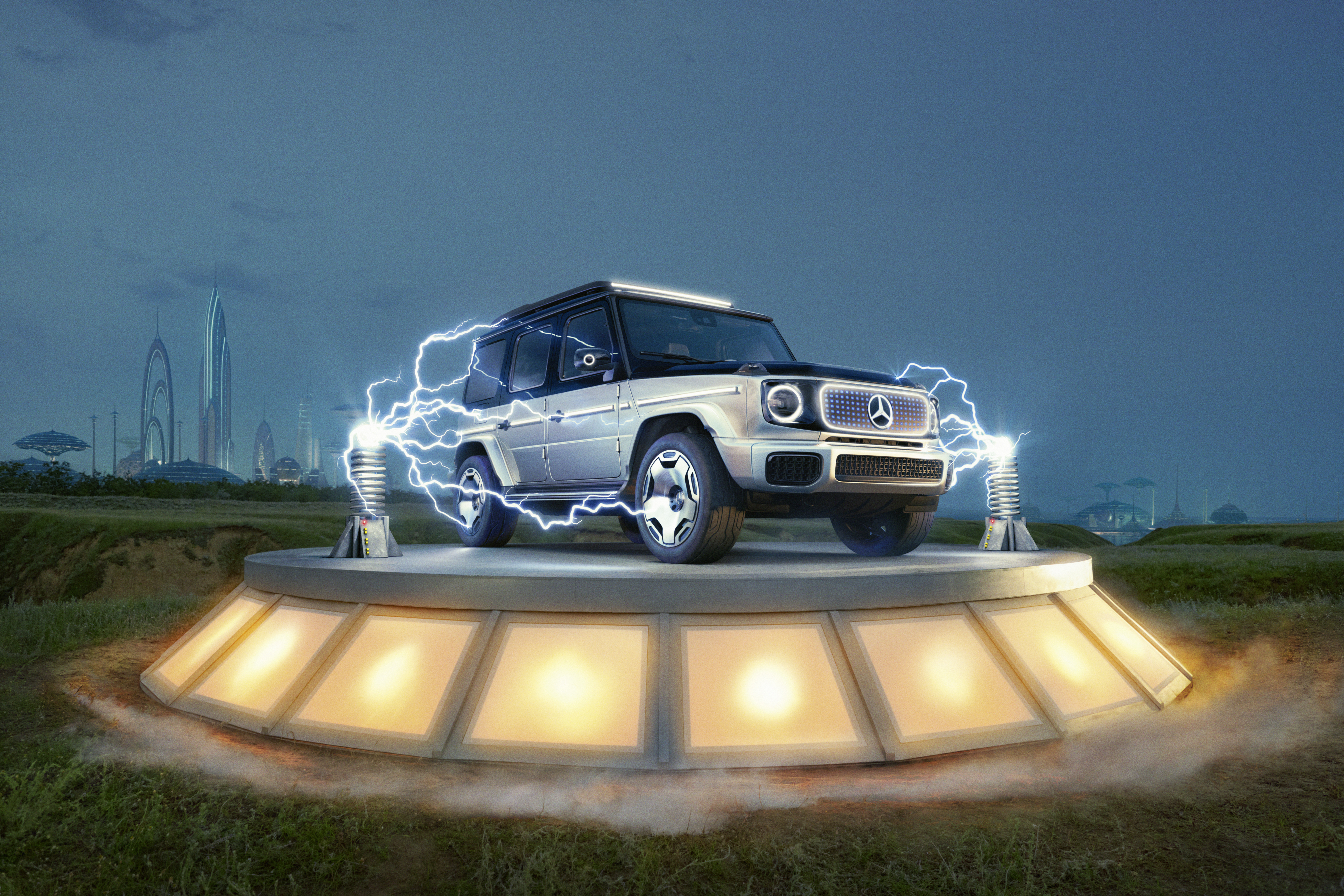 The EQG Concept is an electric version of the G-Class equipped with one motor at each wheel. /Daimler AG

In par with its latest EQS and EQE, Mercedes-Benz is going all-out on electric cars. That also includes their iconic Geländewagen or G-Class. At the IAA Mobility 2021, the German manufacturer showcases a near-production electric EQG concept alongside the Mercedes-Maybach EQS, a vision of what could the next über-luxurious electric SUV look like.

Mercedes is throwing everything but the kitchen sink at the development of its electric sub-brand EQ. After the EQC started it all, followed the EQA, EQV, EQB, and more recently, the EQS built on an EV-specific platform.

At the IAA Mobility 2021 in Munich, the Stuttgart giant presented the next step in the EQE, a mid-size luxury electric saloon car. Alongside it were two concepts previewing future electric SUVs, one closer to production than the other.

It might be called a concept, but the Mercedes EQG is very near the production model, with only different lights, wheels, and a roof rack. The overall body size and dimensions are exactly the same, but the electric concept takes some cues from the EQ brand and incorporates them in its design.

At the front, a black panel with some illuminations blocks the grill out, and at the back, the spare wheel has been replaced by a square box to store charging cables. In terms of technology, the EQG retains the old-fashioned ladder-frame chassis, which now hosts the battery cells.

Four electric motors placed near the wheels power the car, and they even have their own gearbox to give the EQG some sort of low-range mode. No word yet on the power, range, or battery capacity. Mercedes only confirms that the electric version of the Geländewagen is even more capable on the famous Schöckl mountain test track than the conventional G-Class.

With the Mercedes-Maybach EQS concept, the German manufacturer showcases the vision of a future ultra-luxurious SUV and informs us that there will be an SUV version of the EQS electric sedan. Like this limo, the study is based on the EVA2 platform and presents a long wheelbase and bulky yet smooth looks.

Inside, it presents itself as “a comfortable place to work or rest”. Being a Maybach version, the interior is made of leather, wood, and gold finishing trim. Its dashboard is dominated by a huge screen, which will surely give place to the three-panel Hyper Screen that Mercedes introduced in the EQS.