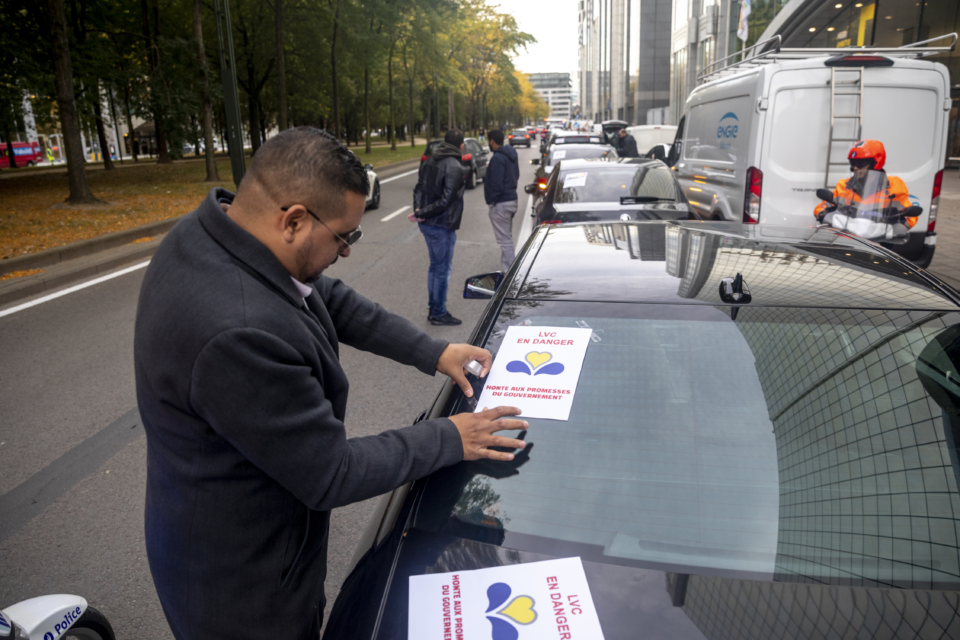 It was a long wait for a new taxi reform in the Brussels Region, but yesterday Brussels Prime Minister Rudi Vervoort (PS) finally came forward with a preliminary draft ordinance. On Thursday, a long procession of dozens to hundreds of Uber vehicles gathered at the Koning Albert II-avenue in Brussels to drive together towards the office of Minister Vervoort.

The reason for the protest? The failure of taxi reform and to ask the regional government to review its legislation on paid passenger transport. Also, on Thursday in Brussels, Uber will close its application between 8:30 and 10:30. A first in Europe to support its Brussels drivers.

Same status for everyone

The new preliminary draft ordinance that Prime Minister Vervoort presented on Wednesday creates the same status for the classic taxi drivers and the drivers who today fall under the system of limousine transport with drivers (LVC).

The latter includes the platforms Uber and Heetch, which are not allowed to station in a zone of 200 to 400 meters from a classic taxi stand. The taxi platforms are thus regulated, and there will be numerus clausus for the number of drivers.

The new ordinance will also maintain a separate regime for LVCs operating in a niche market with pre-booked transport for embassies, international organizations, and other VIP events. For this luxury segment, contracts will still have to be concluded in advance.

Taxi platforms are not banned in the draft but regulated. They must have an administrative seat in Belgium, keep a register of drivers, vehicles, and routes, and not impose exclusivity on their drivers.

The platforms must be transparent in the costs they charge their drivers, and the drivers must approve the adjustments of costs or commissions. In addition, drivers’ working hours must be respected, as defined in collective labor agreements.

Flat-rate hiring, which is widespread in the taxi sector, will be strictly prohibited and subject to strict controls. Violations risk having their license withdrawn or being banned from operating in the Brussels-Capital Region.

In cooperation with the sector, the Brussels government also wants to set minimum rates that can vary according to the operators’ pricing policy with a limit. The draft foresees two rates: a fixed rate for a ride with a taxi at a fixed location and a dynamic ride for a ride ordered in advance. The rates must above all be communicated transparently to the customer.

In addition, Vervoort also wants to introduce a numerus clausus to guarantee the air quality and service and combat traffic nuisance and ‘disloyal competition from Flanders and Wallonia. Today, the Brussels region has 2 457 vehicles (1 261 taxis and 1 196 limousines with drivers), 1 723 operators, and more than 4 000 drivers.

The Region is also considering setting up its platform on which taxi operators can offer their services.

So far as the ‘classic’ taxi is concerned, there will be two sub-categories. The station taxi is identifiable by its yellow checkerboard pattern light indicator on the roof called Sputnik, which can take advantage of reserved parking spaces and priority traffic lanes and practice ‘maraudage’ (looking for customers).

Secondly, there is the street taxi (Uber, etc.) available to the public on the public road after booking via an electronic platform and does not benefit from the same facilities.

“It’s a balanced reform that will please nobody,” said Vervoort in L’Echo. “It is in line with what was announced in the regional policy statement.”

Next week, a first meeting between the cabinets will take place, and the Brussels Council of Ministers will discuss the text. If it gets the green light, extensive consultation with the sector will start, after which the government will finally approve the draft and send it to parliament. It seems unlikely that this will happen this year as originally announced. 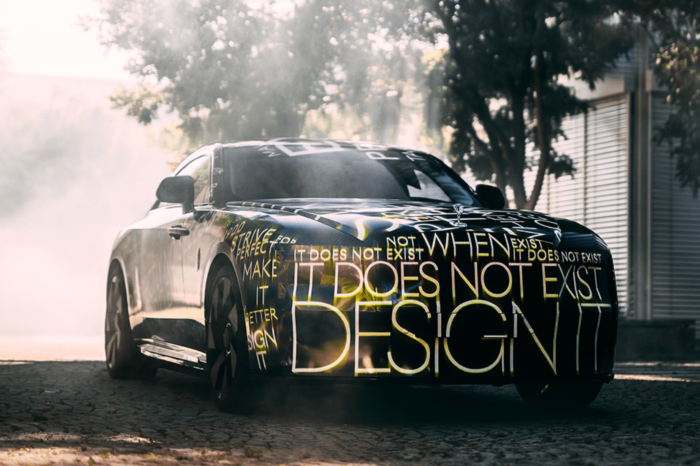 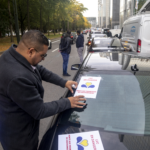