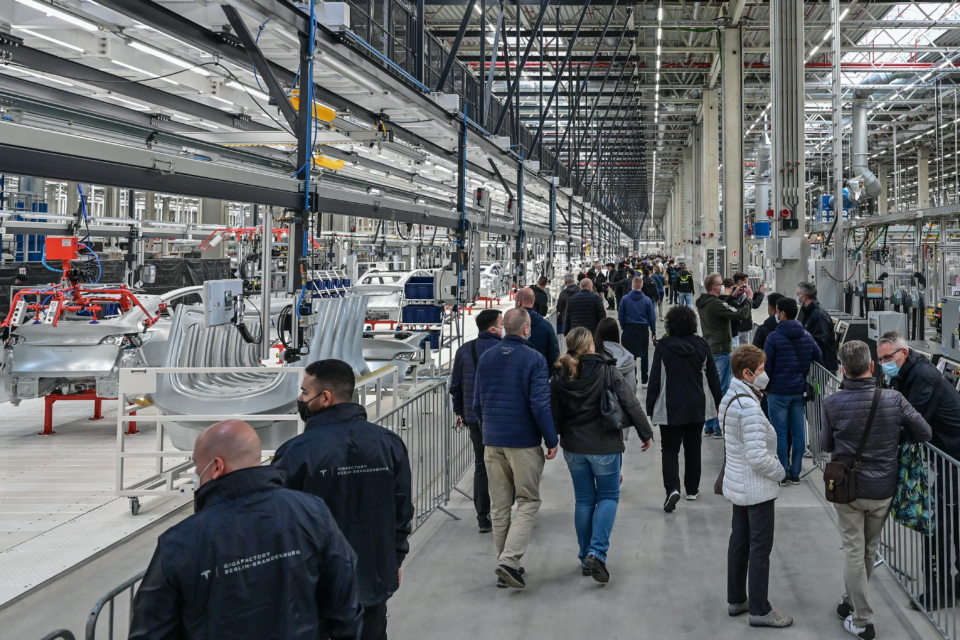 The giant Tesla factory in Berlin held an open-door day on Saturday, but is still waiting for the building permit /dpa

On Saturday in Berlin, Tesla opened its German gigafactory to the public for a ceremony, which looked like an inauguration, even though the company has still not got an official building permit.

Elon Musk was present, as were 9 000 guests who strolled the aisles of Tesla’s future first European factory after two years of construction. The factory grounds were transformed into a festival area with a Ferris wheel, music, and food trucks. However, some residents are still opposed to the project because of the environmental impact of the site.

Through these ‘open doors’, the American manufacturer wants to make an Operation Seduction with the inhabitants after several months of controversies have disturbed the site.

Tesla has indeed benefited from an exceptional and controversial procedure of prior authorization, which allowed it to start work in 2019, even before receiving a building permit. However, no final approval has yet been issued by the local authorities, who are still assessing the environmental impact of the factory, even though the work is almost complete.

This exceptional regime has aroused the anger of some residents, who are concerned about the impact on resources and biodiversity in the region. “Tesla must submit to the same procedures as other companies,” the Grüne Liga association recently protested.

Last year, the courts even forced Tesla to suspend construction because of the risk of destroying the natural habitat of protected species of lizards and snakes. However, it permitted to cut 92 hectares of trees. A public consultation, planned as part of the permit procedure, is open until 14 October, and until now, more than 800 objections have been lodged.

Until the survey is completed, no final approval can be given, and production at the plant cannot begin. The group will have to dismantle the factory at its own expense if no building permit is issued.

The factory, announced with great fanfare in November 2019, is in Grünheide, a suburb of Berlin, and will cover 300 hectares to produce 500 000 electric vehicles per year. Elon Musk also plans to build the world’s largest battery factory there.

The facility is to benefit from the latest technology, including the world’s largest parts molding machine. This customized equipment should enable Tesla to reduce production costs significantly.

However, the site is shrouded in secrecy, and the press is only allowed in on a limited basis. But recruitment interviews for an initial 12 000 employees are going well, according to several witnesses, also prompting warnings from the unions about respect for labor law and unionization (Tesla does not have a good name in trade unions’ circles).

The impending water shortage is probably the biggest problem. In the initial phase, the factory will need 1,4 million cubic meters of water per year. The consumption of a town of 40 000 inhabitants. But it will soon be more.

However, the outcome of dismantling the 7-billion-dollar factory seems “unlikely” for Ferdinand Dudenhôffer, an automotive expert and director of the German Center Automotive Research Institute, because of the “political support” for the project.

Musk, who says he thinks “we are the most environmentally friendly factory globally,” received at least 1 billion subsidies from the German government because he is participating in the Green Deal. The factory would also eventually employ 40 000 people, attract suppliers, and pump young, well-educated blood in the dying region. But “modifications to the building” could be requested, delaying the opening.

The numerous delays have “irritated” Tesla, according to an open letter from the group published in March. It called for a “reform” of the authorization procedures in the country. Despite Germany’s reputation for efficiency, major infrastructure projects are often slowed down by bureaucracy deemed excessive by the business world.

The opening planned for July has already been postponed, but the plant is now expected to be operational by the end of this year, early next year.

Tesla is on track to sell about a million cars this year, and its Model 3 is the top-selling electric vehicle on the continent. Last week, Musk announced that Tesla would move its headquarters to Austin, Texas, to California. 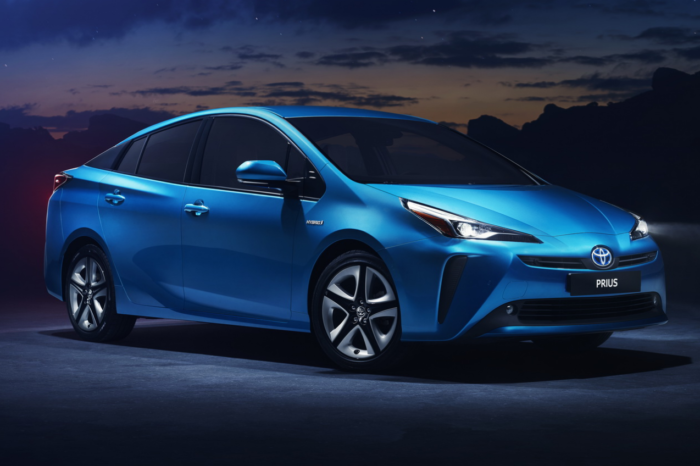 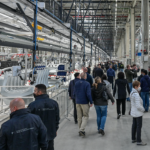