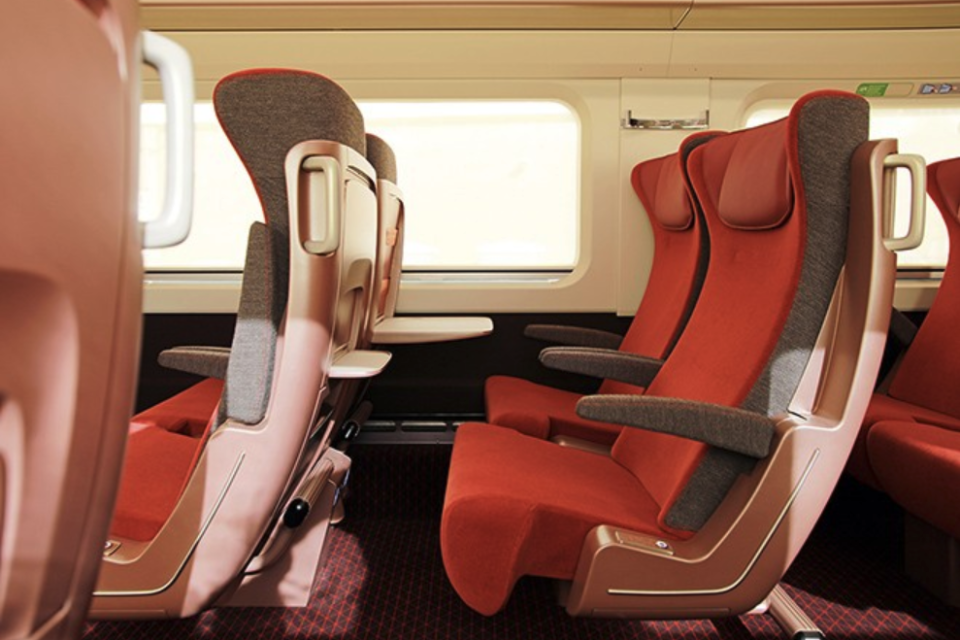 The French-Belgian railway company Thalys has put its first renovated high-speed train into service. Their ecological impact has been reduced /Thalys

French-Belgian high-speed train company Thalys commissioned its first renovated carriages at Brussels-Midi station on Tuesday. Spaces inside the train are reconfigured, increasing capacity by 28 seats without compromising on comfort.

The ecological impact of the renewed trains has also been reduced, and there is even room for no less than two bicycles without having to dismantle them, a first for Thalys. The renovation project is expected to cost 150 million euros, and most of the trains should be renovated in 2022-2023.

There are no significant changes on the outside of the train. On the inside, however, the renewed trains offer more space and comfort. Travelers will not find more legroom in the revamped Thalys. But thinner seats and an arrangement that leads to a more active sitting position should suggest comfort. Besides the 28 extra seats, the space for luggage was increased by 15%.

The extra 28 seats were created by reducing the size of the bar carriage. The service level has been reduced in the remaining space: the staff that sold coffee and snacks has been replaced by vending machines for drinks and snacks. According to Thalys, 80% of travelers never came to the Welcome Bar.

Thalys refined the lighting and introduced new functions for the well-being of passengers, such as coat racks, illuminated power sockets, USB connections, and information displays.

Thalys called on Belgian designer Axel Enthoven of the Yellow Window design agency to renovate its trains. French designer Matali Crasset used her expertise to choose specific colors and elements for the seats or the relaxation area.

Due to the increase in capacity in the trains (+7,5%), the new configuration will accommodate almost 400 passengers. This not only increases profitability but also reduces CO2 emissions per passenger.

Thalys trains, which have been supplied with 100% green electricity since 2020, are also equipped with LEDs and clean water toilets, which do not use chemicals. In addition, the company makes it a priority to eliminate single-use plastic and replace it with sustainable materials.

The first renewed train will initially run on the Paris-Amsterdam route with destinations Paris, Brussels, Antwerp, Rotterdam, Schiphol-Airport, and Amsterdam. The route to Germany connecting Paris with Dortmund via Brussels, Liège, Aachen, Cologne, Düsseldorf, Duisburg, and Essen is planned for 2022.

Thalys does not expect to carry as many passengers as before the corona crisis until 2023. Of the 7,9 million passengers in 2019, Thalys had just over 6,4 million in 2020. “But Thalys is also running at 80% of its capacity,” Bertrand Gosselin, CEO of Thalys, told De Volkskrant.

Instead of 14 trains between Amsterdam, Brussels, and Paris, nine are running. During the week, the trains are empty because business travelers have dropped out. At the weekend, they are fuller, with consumers looking for entertainment in Paris.

In the future, Thalys hopes to attract business passengers who no longer always want to take the plane because of the climate. Therefore, the Belgian discussions on a tax for short-haul flights are good news for Thalys – France has already introduced a similar measure. By the end of 2023/24, Thalys hopes to return to its pre-Covid-19 level.

Merger with Eurostar on the horizon

Thalys, which will still be losing money in 2021, hopes to become profitable again next year. Last May, the company obtained a four-year financing package worth 120 million euros from the banks. This was the first external financing for Thalys.

But isn’t the renewal of the Thalys trains a bit ill-timed because the company is still negotiating a merger with Eurostar, and Eurostar is the brand chosen for the future? “We are going to keep two solid products despite everything,” explains Bertrand Gosselin to L’Echo. “A predominantly red product and a predominantly blue product.” 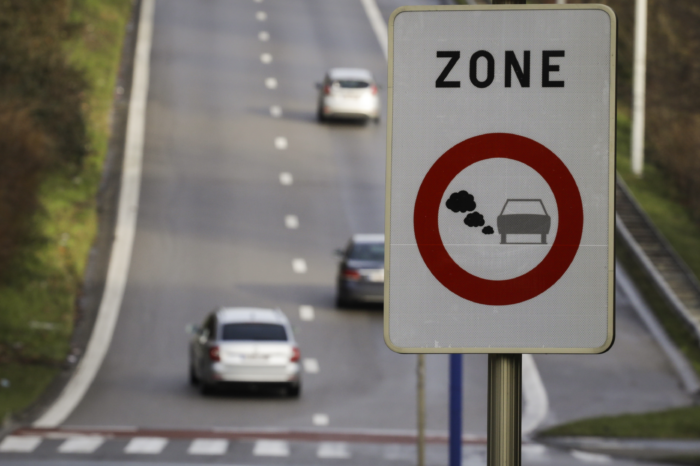 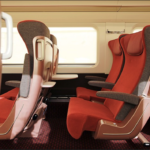