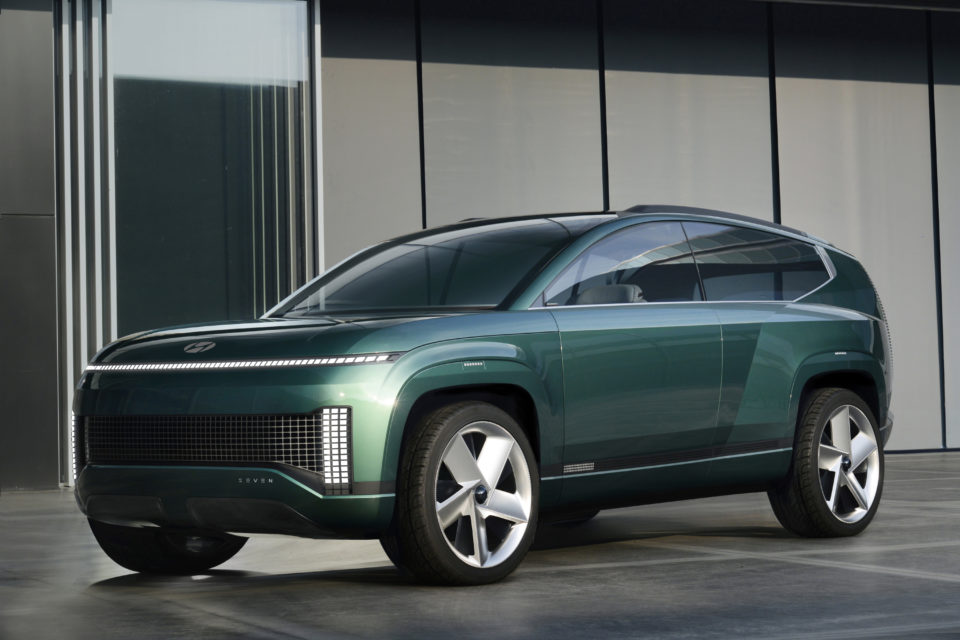 The Hyundai Seven and the Kia EV9 are both concepts predicting the shape of what’s to come at the Korean brands. They built upon the same all-electric architecture and put a strong emphasis on the passenger compartment /Hyundai

At the Automobility motor show in Los Angeles sister companies Kia and Hyundai each unveiled their vision of a future large all-electric SUV. The Kia EV9 (see picture below) and the Hyundai Seven are separate concepts, but they build very strongly on the same technology and ideas.

Coach doors and a long wheelbase put a lot of accent on the inside, where the designers have tried to attract the attention of American customers with a grand interior space, filled with luxury and clever arrangements.

In both models the design language is very sturdy, underlining the big proportions very typical of a North-American SUV. While designer Karim Habib at Kia has opted for a more rugged, muscular look, the Hyundai style outlines the passenger compartment a tad more, even resulting in a tail design reminding of the Codatronca technique. For Hyundai, the Seven will be offered in the Ioniq range, the Kia files under the EV family.

These slight differences in approach are also reflected in the wheelbase. While both concepts sit on the same E-GMP architecture (Electric Global Modular Platform) the Hyundai offers fractionally more space than the Kia (3,2 versus 3,1 meters).

Living rooms on the move

Entry to the passenger compartment happens in both SUVs through oppositely opening pillarless coach doors. Both cars have pivoting seats on the inside. Hyundai, however, went one step further and has not only turned the seats into sofa’s but also transformed the third row into a bench, stretching all over the trunk. Your SUV becomes a living room.

In the front, a wide-screen layout is seen in both models, though the most remarkable feature is the pop-up steering wheel. Hinting clearly at autonomous driving, the Korean brands refer to the classic steering wheel as a standalone subsystem, only present when needed. That’s, of course, still very visionary.

Kia has developed different modes for the interior. In Active Mode the car is moving and the layout remains very classical. In Pause mode, the seats swivel for a more interactive decor, and in Enjoy mode the third row is turned with the tailgate opened so that the passenger can experience the view.

Neither manufacturer has released any specifications on the battery, nor the power of the electric motors – supposedly two – so that remains very conceptual as well. For the charging Kia and Hyundai state that the Seven and EV9 can be fast-charged up to 350 kW, enabling a refill from 10-80% in 20-30 minutes.

On top of that, the EV9 has hood vents acting as solar panels. Somehow, we would have expected inductive charging, as seen on the GV60 from sister company Genesis. 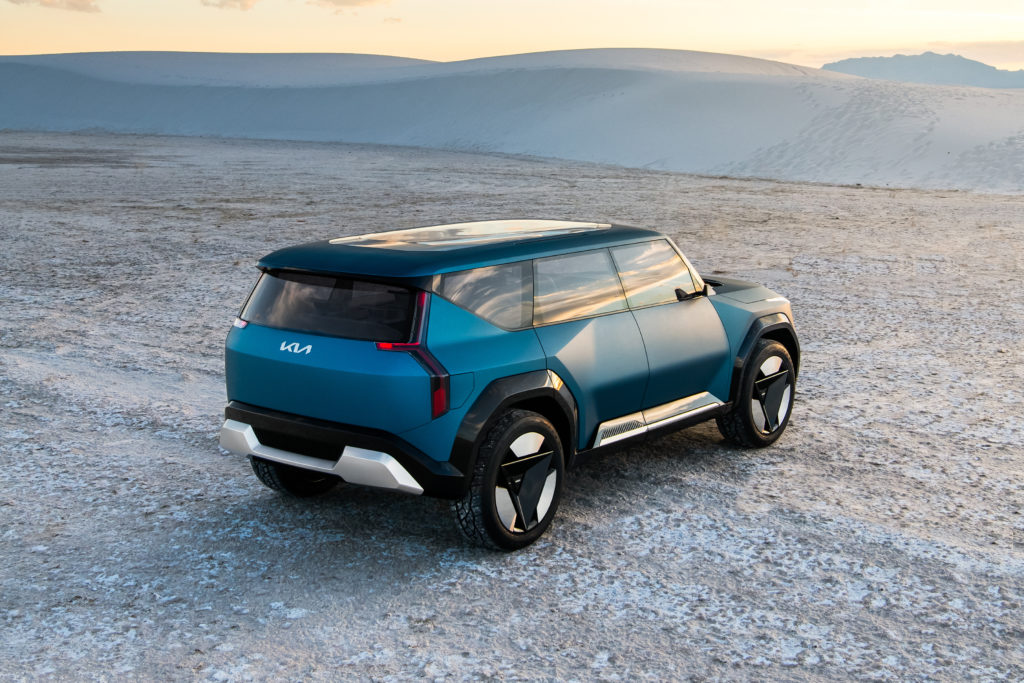 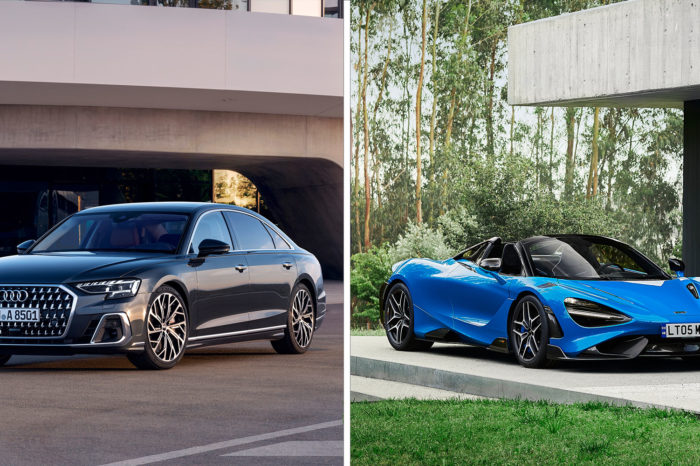 McLaren take-over is no go for Audi's intended F1 entry 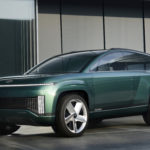