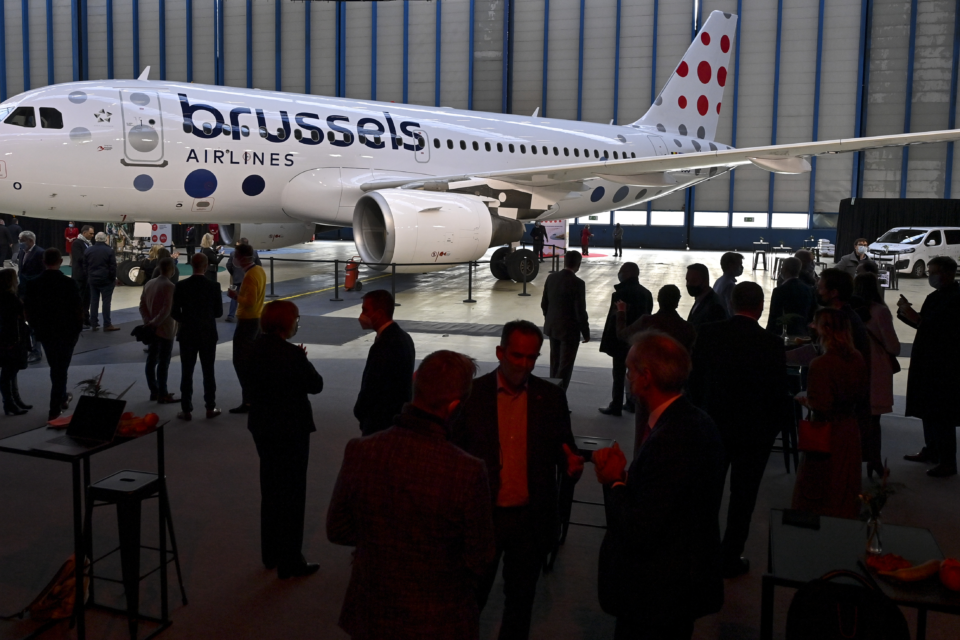 Brussels Airlines presented its new logo yesterday but this met with protest from employees while Poland’s Gazeta.pl finds the resemblance to their logo very striking /Belga

Brussels Airlines presented a new brand identity, including a new logo, on Thursday. The latter immediately caused some ‘turbulence’, as the new identity and logo were certainly not to the liking of several hundred employees that wanted the money spent elsewhere to reduce pressure on the staff. And Polish news medium, Gazeta.pl, saw a striking resemblance to its own logo.

“This is an important milestone for Brussels Airlines, we are starting a new chapter,” CEO Peter Gerber said at the unveiling of the first aircraft in the new colors. “We believe this is the perfect time to show the world that the worst is over,” Gerber added.

Several hundred employees symbolically turned their backs on their employer during the presentation. They particularly denounced the timing of the marketing operation. “There are other priorities at the moment,” they said.

According to Brussels Airlines management,  this is the right time to turn the page by proposing a new brand identity. The airline had to cope with a troubled atmosphere in recent years, with the integration in the Lufthansa group and different restructuring plans. The company also had to resort to government support to survive the health crisis.

But the airline is gradually getting back on its feet. In the third quarter, for example, an operating profit was recorded for the first time since the crisis. “The winter will still be cold on all fronts, but we expect things to start improving from the second quarter of 2022,” Peter Gerber says.

The moment has, therefore, come for a relaunch with a new logo among other things. The famous b-logo, formed by fourteen red dots, will disappear after fifteen years. These red dots remain, but there are nine more of different sizes that are set in the shape of a square.

In the name, the word ‘Brussels’ gets a more prominent place, the suffix ‘Airlines’ becomes smaller. The airline also stresses that the new brand identity will cost only “a few hundred thousand euros”. The planes also will gradually be repainted: the last plane with the old b-logo should disappear from the fleet in 2024.

The timing of the presentation of that new logo, however, the unions have trouble digesting. About a hundred employees symbolically turned their backs on their employer during the presentation before the hangar where the first plane with the new logo was presented.

As such, the unions are not against a new logo, because renewal is not a problem. But the timing is not right, and they feel the money could have been better spent. The unions refer to the staff, which has gone through several restructurings (Reboot, Reboot+-), the temporary unemployment during the corona crisis and the heavy workload that was there last summer – Brussels Airlines has 3 000 employees.

That workload was already protested during the summer with small actions, but a structural solution is still not in place. “The discontent is deep,” they say. In recent weeks, for example, several flights were canceled due to a shortage of cabin crew. The unions call on Brussels Airlines’ management to discuss structural solutions for the staff and they especially want a solution toward next summer.

Under #LogoTwins, the Polish newspaper Gazeta.pl, in turn, contacted Brussels Airlines about the “almost identical logo”. After all, their logo consists of… nine red dots of different sizes in the shape of a square.

“A comparison of the trademark of Gazeta.pl and the new trademark of Brussels Airlines leaves no doubt that the graphic elements are almost identical,” said a spokesperson for Agora, the media group to which Gazeta.pl belongs, to Belga news agency. The group says it is analyzing the situation and has already contacted Brussels Airlines. “We hope to be able to resolve this issue quickly and amicably.”

At Brussels Airlines, they know the logo of Gazeta.pl. “We saw that logo before we registered our logo as a trademark,” says spokesperson Kim Daenen. But the airline saw no reason to modify the planned logo yet. “The two logos are not completely identical, and besides, the two companies work in completely different sectors,” Daenen said. “So, there is no confusion possible.” 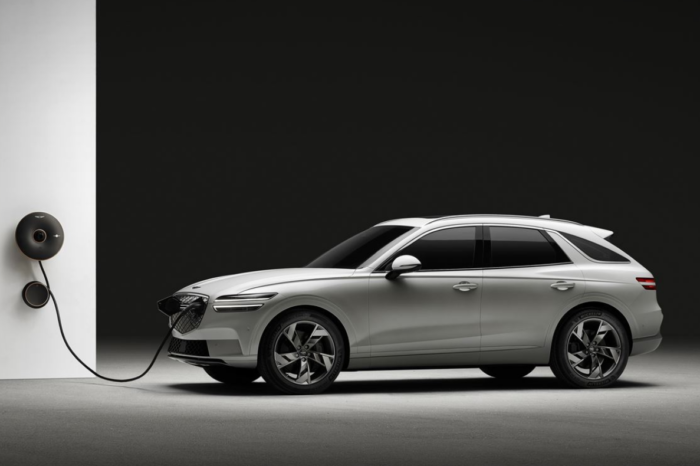 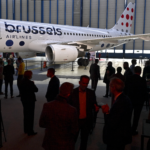