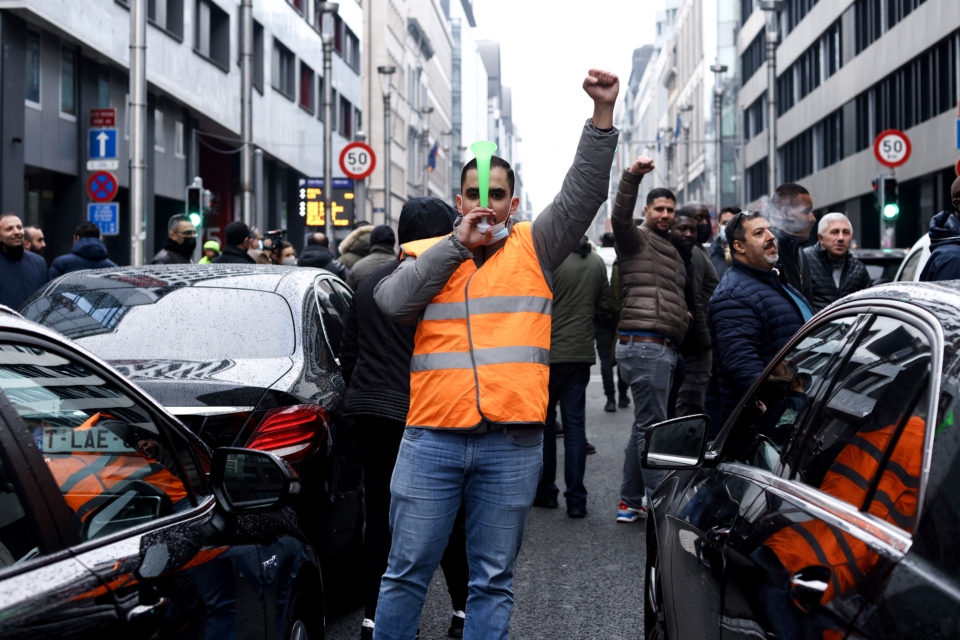 Belgian Uber drivers block a street in Brussels during a protest on November 25, 2021 as a Court of Appeal could ban the ride-hailing giant in the capital /AFP

The Brussels Court of Appeal ruled on Wednesday that drivers can no longer work with the Uber app. Concretely, the 2 000 Uber drivers will no longer be able to use the app as of Friday 18th, making the app virtually unusable in the capital.

According to Laurent Slits, manager of Uber in Belgium, the consequences are “dramatic” for the drivers. “They will lose their income as of Friday, a few weeks before Christmas.” Traffic in and around Brussels was seriously hampered both Wednesday evening and Thursday morning by the protest actions of hundreds of Uber drivers.

“This decision was made based on outdated regulations, written in a pre-smartphone era, which the Brussels government promised to reform over the past seven years, an exercise in which it has failed,” says Laurent Slits.

In a statement, he urged the Brussels government “to act quickly to reform the taxi and LVC sector once and for all, so that drivers can continue to work and support their families.”

For clarification, in 2015, the Commerce Court, seized by the Brussels taxi company Taxis Verts, ordered UberPop to stop giving rides to private drivers who did not have a taxi license. In the process, the judge ordered penalty payments.

Uber then decided to drop UberPop, preferring to focus on its new UberX application. The latter was presented as a transport service provided by limousine drivers (LVC) based on a pre-existing contract.

To enforce the penalty payments decided by the Cessation Judge, the Green Taxis had turned to the Attachment Judge, explaining that UberX was no different from UberPop.

However, unlike Brussels, Flanders opened the door to apps like Uber, Heetch, and Beep early last year with a new taxi decree. As a result of the ruling of the Brussels court, Uber will now no longer be able to call on 95% of its drivers with a Brussels license.

Only the remaining 5%, with a Flemish license, will be allowed to work via the platform. This means that the application will no longer be operational.

The Court of Appeal’s ruling is not suspensive, so Uber must stop its activities, but the American company will study the possibility of going to cassation.

According to opposition parties MR and cdH, the Brussels government is “clearly responsible” for the end of operations of the Uber app for paid passenger transport in the capital. They denounce the lack of reform in the sector and the “cowardice” of the majority.

“This decision goes against the grain of mobility needs while LVC services complement the current offer,” says David Weytsman, a Brussels-based Liberal MP. “It is based on an obsolete regulation, written at a time when smartphones did not exist.”

The cdH also deplores that Minister-President Rudi Vervoort and his government refuse to reform the taxi ordinance. “The government is giving the LVC drivers a free hand to force them to accept its taxi plan,” says Christophe De Beukelaer of cdH Brussels.

“They only have the choice between that and unemployment. The socialist method consists of laying off 2 000 workers without notice, without consultation with the representatives and any prospects for the families.”

No respect for social security

The National Association of Taxi and Hire Car Companies (GTL-TAXI) believes that the ruling will end the situation in Brussels. “It is now evident to everyone: Uber should always have operated with licensed taxi drivers.

Earlier this year, it was also ruled on appeal that the regulation under which Uber drivers had been operating since 2017 was largely not respected.”

The organization is now looking to Uber drivers, news agency Belga writes. “Taxi companies have lost many drivers since 2019 due to the corona crisis and are now facing a shortage of new drivers.

They are prepared to employ Uber drivers in the short term with an employment contract, a decent salary, and good social security. In this way, Uber’s customers will not be left out in the cold either,” the group said.

Drivers linked to the Uber app will blockade Brussels every day until they get an answer from the cabinet of Rudi Vervoort, they announced. “We have been waiting for this Taxi plan for seven years, and Rudi Vervoort’s cabinet has frozen it,” says Fernando Redondo, President of the Belgian Association of Limousine Drivers (ABCL).

“Following the decision in the first instance, we were fined 160 euros. Uber drivers demonstrated in Brussels, and we were promised a Taxi plan for the summer. It’s the end of November, and we still have nothing. We will stay on the streets until we are sure we can work again,” he warned.

Brussels Prime Minister Vervoort has in the past openly opposed the sharing economy and platform companies. According to Vervoort, Uber’s competition is not sustainable in the long term.

“It is the system itself that is reprehensible,” Vervoort said. “The question is to know what future we want to give to passenger transport in Brussels.” Also, according to different trade unions, companies such as Uber and Deliveroo are abusing loopholes in the legislation to make large profits by having their employees work as self-employed workers. However, it is about false self-employment, say the unions. Therefore, they demand a better statute with rights like those of employees.

According to L’Echo, the Taxi plan is on the agenda of the Brussels government this Thursday. The plan consists of imposing identical rules on taxi players and platforms such as Heetch and Uber. The LVC scheme will remain available only to drivers active in a niche market (limousine) with pre-booked services. 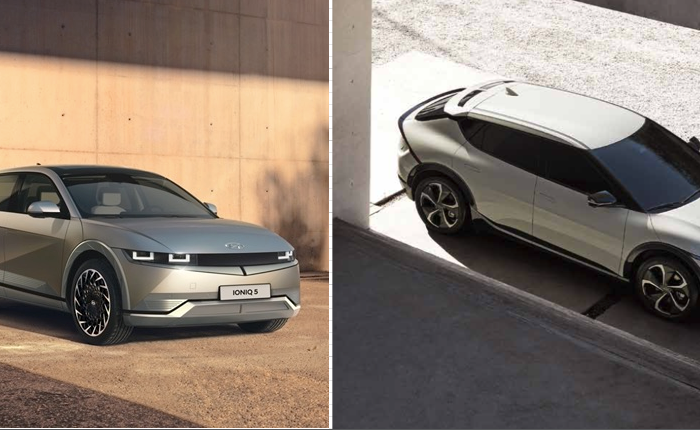 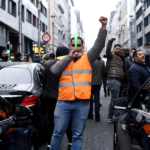