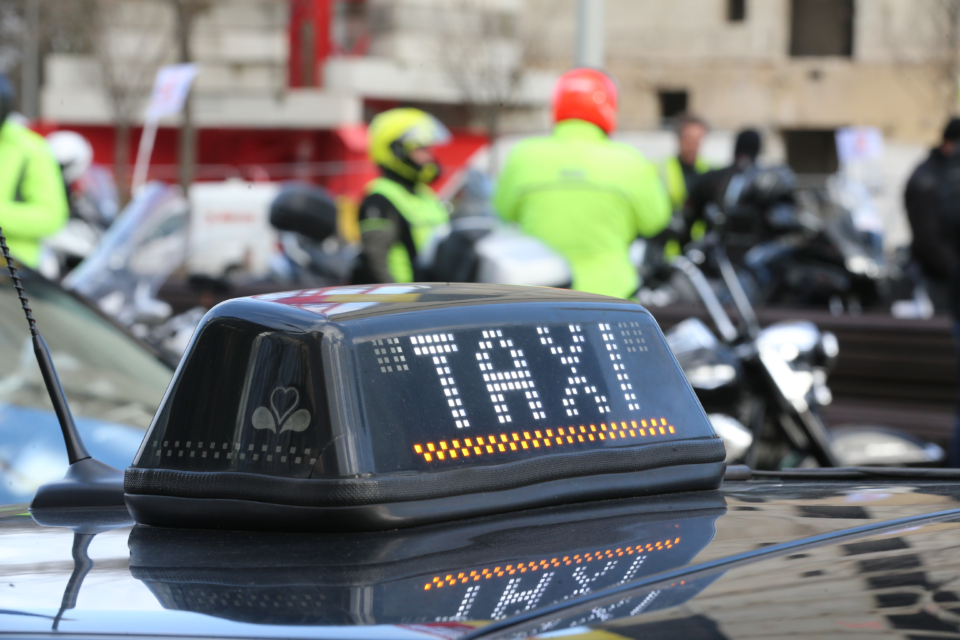 Now it is the turn of Brussels taxi drivers to take to the streets. They are protesting against the proposal for a temporary solution for Uber drivers that the Brussels majority political parties have submitted /Belga

A few hundred taxi drivers demonstrated on Tuesday morning in front of the Brussels Parliament to oppose the proposed temporary ordinance for Uber-related workers. They argue that social gains are at stake in the face of extreme liberalization of the world of work.

An ordinance proposal, which adapts or temporarily suspends certain provisions of the 1995 Taxi law on which the Court of Appeal based its ruling, would allow Uber drivers to temporarily return to work from 13 December at the latest.

In the meantime, the Union of Belgian Limousine Drivers (UCLB), who include the Uber drivers, announced that there will be no more traffic blockades in the Brussels Region until the vote on the proposed ordinance by Groen, DéFi, Open Vld, and one.brussels-Vooruit to find a temporary solution until the approval of the Taxi Plan.

Last week, the Brussels Court of Appeal ruled that Uber must close its platform to the 2 000 drivers with a VVC license (renting vehicles with driver) operating in Brussels, as of Friday 26 November. According to the judge, these drivers are violating the privileges reserved for taxi license holders only.

“The judiciary recognizes that Uber is a fraudulent system, and the legislative power is thinking of going directly over the heads of the courts by creating new legislation that aims to pervert our model of society,” says Sam Bouchal, secretary-general of the Brussels Taxi Federation (BTF, which represents around 500 drivers and small companies in the sector)

“If this ‘uberisation’ is accepted in our sector, it will be easier to spread to other sectors. There is talk of a social bloodbath, but 40% of Uber drivers do this activity as a complement to another job.”  Bouchal argues that several hundred fixed-terms contracts are available in Brussels but that access to the profession and training should be reviewed and opened.

The PS, the party of Brussels Minister-President Rudi Vervoort, is rather hostile to the other parties’ ordinance proposal, refusing to support a text “dictated by Uber, a multinational that exploits people and does not respect labor and social rights”.

“Certain parties prefer to guarantee Uber a few more months of income, which will not even cover the huge debts of this multinational (10,3 billion dollars in September, e.n.), which has been convicted in all the countries where it operates. My democratic heart is aching,” Brussels PS party leader Ridouane Chahid lamented.

On the other hand, the PS members want to urgently submit the Taxi Plan of the Vervoort government, which the Brussels government agreed on Thursday, in the Brussels Parliament.

The enlarged bureau is to consider the question on Wednesday, after which the committee would deal with the text next Tuesday, said Ridouane Chahid – but that text still has to be sent to the Council of State, among others, which in practice means that it will only be able to come into force by summer 2022.

The cdH does not agree with this way of working and, together with opposition parties MR and N-VA and some other Brussels majority groups, urgently wants to approve an amendment allowing LVC drivers to continue their activities in the meantime to avoid a social drama.

And this is to calm the situation after the ruling of the Brussels Court of Appeal on which Uber based the closing of its platform to the 2 000 drivers with a VVC license (renting vehicles with driver) operating in Brussels.

It is reported that the Brussels Parliament’s Enlarged Bureau is to examine both the proposal for an ordinance on a temporary arrangement for Uber drivers and the text of the Taxi Plan.

The Bureau may then decide to consider the texts during a short plenary session this week so that the text on Uber drivers can be discussed in committee and approved on the plenary next Friday. The Taxi Plan can also be sent to the committee, which can then request an opinion from the Council of State.

According to Le Soir, the Socialist Taxi Plan, which puts forward a single status for taxis and LVCs, does not detail certain sensitive aspects such as the level of the numerus clausus (how many drivers in total are on the roads) or the question of pricing (currently, taxis are subject to a fixed and regulated rate while limousine drivers collaborate with platforms that change prices according to demand). After its adoption, all these points will have to be decided by decree and by the executive. 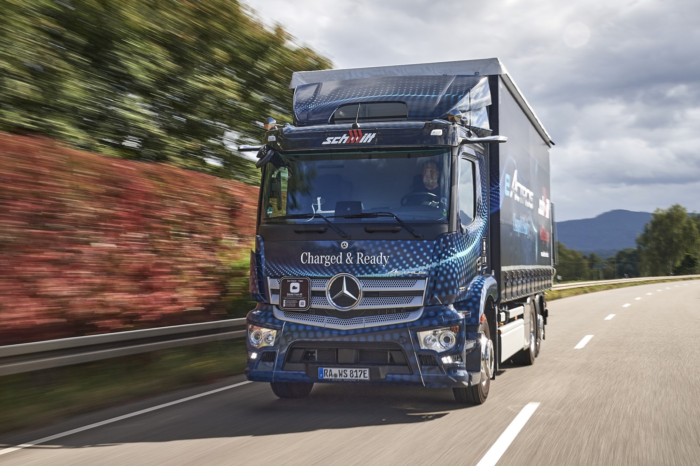 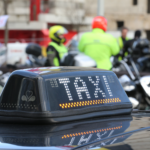