The Flemish public transport company De Lijn has ordered 60 electric buses from Van Hool and VDL, the best bidders in the public tendering procedure. The purchase is part of De Lijn’s long-awaited greening program, with an emission-free fleet and infrastructure by 2035 as the goal.

The buses will be delivered from the last quarter of 2022 and will cost almost 28 million euros. The remainder of the framework agreement (290 out of 350 e-buses) may be ordered following an evaluation of the initial order and in line with De Lijn’s requirements.

Eleven candidates participated in that procedure, but Van Hool and VDL “best met the award criteria and offered the best value for money,” according to De Lijn.

The Belgian, family-owned coachbuilder Van Hool ranked first and can supply 60% of the order, good for 36 e-buses. As the second-ranked candidate, the Netherlands-based bus manufacturer VLD, which has a plant in Roeselare, Belgium, can provide 40% of the order or 24 e-buses.

For wheelchair users, it will finally be easier to take these buses thanks to the electric ramp, which is easier and quicker to operate.

The Flemish plans to electrify the bus fleet have had a bumpy ride. In the summer of 2020, De Lijn halted its first tender for 970 e-buses. The transport company switched from that ‘mega order’ to a phased approach, initially involving around 200 e-buses.

Yet, last month, Peeters set aside another 65 million euros per year structurally for the electrification of De Lijn’s vehicle fleet. Of the 2 337 buses of De Lijn, 13 are currently electric, while the company also continues to focus on hybrid buses. However, e-buses are increasingly becoming a fully-fledged alternative to them.

The Christian industry trade union ACV-CSC METEA is delighted that the first order has been awarded to two companies with factories in Belgium, in Koningshooikt and Roeselare, respectively. “Only in that way can employees evolve with the new technologies,” says the trade union.

The board of directors of De Lijn also approved an order for charging infrastructure for e-buses and e-hybrids from the French/Polish supplier Spie-Ekoenergetyka and the Dutch company Heliox. They will each deliver half of the order. This way, the e-buses and e-hybrids can be charged at their stations. Both orders are financed by NextGenerationEU, the European Union’s Covid recovery plan.

As a matter of fact, the management agreement between the Flemish Government and De Lijn will probably be tacitly extended. Minster Lydia Peeters said so in the Flemish Parliament on Thursday, writes news agency Belga.

The existing management agreement, which ran from 2017 to 2020, was already extended once by one year. According to Peeters, various factors, especially the Covid-19 pandemic, made it impossible to conclude a new public service contract with De Lijn that could take effect at the beginning of 2022.

The left-wing opposition parties Groen and Vooruit reacted disappointed to the lack of a new agreement. “Everything concerning public transport is being delayed,” sighed Els Robeyns (Vooruit).

For his part, Stijn Bex (Groen) speaks of a crisis of confidence between the top of De Lijn and the minister. He referred to the critical interview that general manager Ann Schoubs and chairman Marc Descheemaecker recently gave in De Morgen.

Minister Peeters denies that there is any question of a “crisis of confidence”. She also defends the choice not to force an agreement with strong ambitions down De Lijn’s throat. “De Lijn has been able to increase its cost coverage to 20% in recent years. Covid has caused it to fall back to 14%. Do I now have to tell De Lijn that, in these circumstances, it has to go up to 25%?”

“Again, I would have liked a public service contract as well, but there are several things that are beyond anyone’s control,” concludes the Minister. 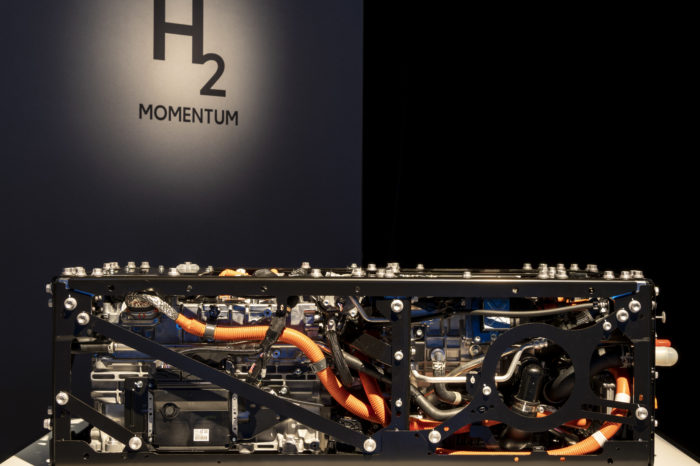 Toyota's product show is not an all battery-electric future