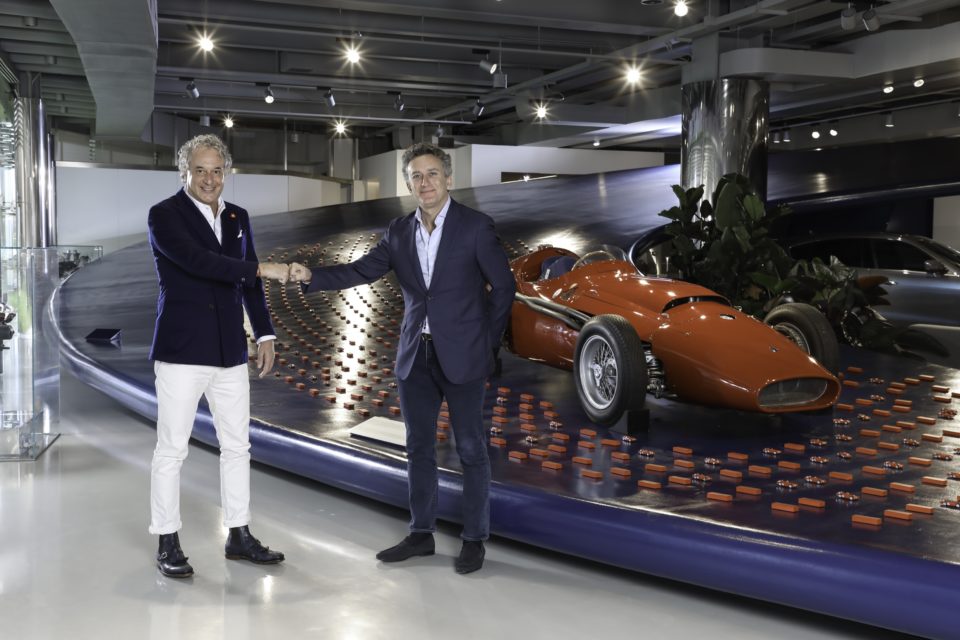 CEO of Maserati shakes hands with Formula E founder Alejandro Agag. The Italian brans is returning to single-seater racing and will be joining Formula E as of 2023 /Maserati

Maserati is the first Italian brand to join the ABB Formula E championship. The sports car brand announced on Tuesday that it will be joining as of 2023, the ninth season of the electric single-seater competition, which organizes its races primarily in big cities.

When Maserati will join the playing field is lining up with Gen3-cars. Around 40% of the electric energy of this formula car comes from regenerative braking. It’s the fastest, lightest, and most efficient racer the series has seen. It is net zero-carbon and has a highly recyclable degree for the carbon fiber parts and the tires.

Joining Formula E is an essential part of Maserati’s Folgore (Italian for lightning) program. This includes all the models that the brand will launch as a BEV: the new Granturismo and Grancabrio, the Grecale, and the MC20 sports car. The brand hopes to gather technological expertise in the series, which can, later on, be applied to the showroom models. It’s the same function Formula 1 has served for over more than a century.

The return to single-seater racing is a weighty step for Maserati. The brand never really left the track, with a persistent engagement in GT racing, but during its long history, it has gathered a venerable reputation in Formula 1. In 1957, Maserati won the championship with Juan Manual Fangio behind the wheel.

Maserati was also the first brand to qualify a woman driver for an F1 GP. Maria Teresa De Filippis succeeded in qualifying for the Monaco Grand Prix in 1958.

Mother company Stellantis has two brands with a strong legacy in single-seater series. Although her boss, Jean-Philippe Imparato, remains skeptical against the investment, Alfa Romeo is active in Formule 1, now leaving Formula E to Maserati.

The news is good for a motorsport series that is regarded as the pinnacle of electric racing. Formula E, founded by Alejandro Agag (right on the picture), took a serious beating last year, when next to Audi and BMW winner Mercedes announced it was pulling the plug by the end of the season. These drop-outs seemed to be plaguing FE.

Under the big brands, Maserati will be lining up next to Porsche, DS, Nissan, and Jaguar. 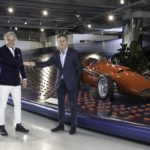