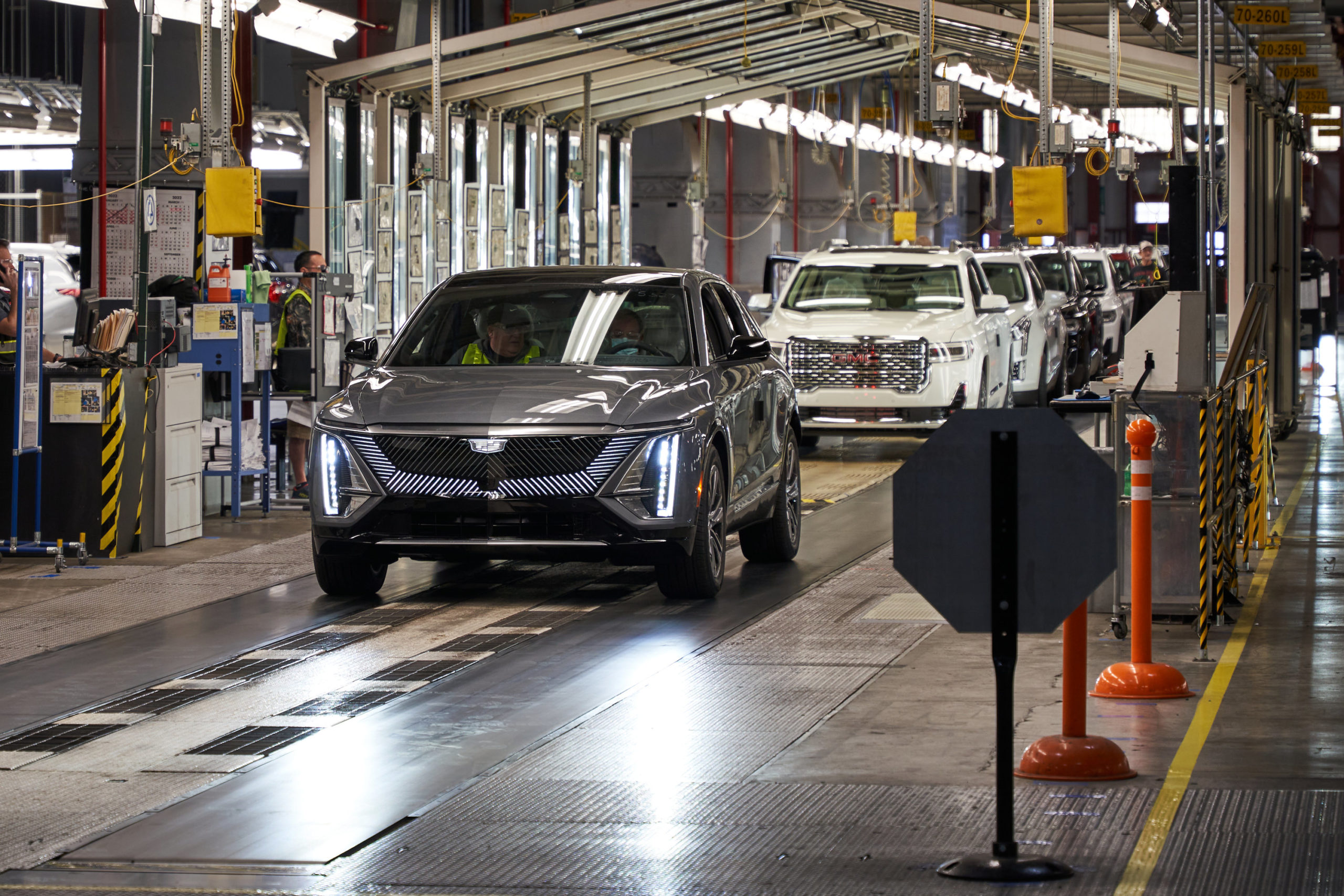 The Spring Hill factory can manufacture the Cadillac Lyriq at a rate of 200 000 units per year. A date for European launch is not yet released. /Cadillac

At the assembly plant of Spring Hill in Tenessee, Cadillac has started production of its first all-electric vehicle, the Lyriq SUV. The Lyriq is a milestone, internally called “the standard for future Cadillacs.” If you’re waiting for the Lyriq to hit European shores, you’ll have to remain patient.

“The Lyriq is a global project and, being the first all-electric Cadillac; it is definitely scheduled for Europe. But we haven’t opened up for reservations over here because a date for the start of sales has yet to be announced. We will do so soon,” the spokesman for Cadillac Europe René Kreiss told us.

Whether Cadillac will launch the Lyriq all over the European continent or only in dedicated markets is yet under investigation. Cadillac currently only sells one model in Europe, the XT4 compact crossover, and counts only 20 retail partners.

The American luxury carmaker invested $2 billion in preparing the plant for the arrival of its first all-electric vehicle that currently rolls off the assembly line next to the traditionally powered models XT5, XT6, and the GMC Acadia.

Spring Hill is GM’s biggest factory and can support output for the Lyriq at a rate of 200 000 units per year. The production will be ramped up step-by-step. The car will also be assembled in China in a second phase with GM’s local partner SAIC.

Over in the States, the Lyriq was received with enthusiasm. In 10 minutes, 240 000 reservations were filed. But orders only open as of next month, so it remains to be seen how much of them will be converted.

Technically, the Cadillac Lyriq debuts GMs Ultium platform, a flexible common component base that serves as the heart of the group’s electric transformation. It can fit trucks, passenger cars, SUVs, or commercial vehicles and features wireless charging functionality.

The Lyriq features a range of up to 500 km thanks to the Ultium battery pack with a capacity of 100 kWh. The rear-wheel-drive version will deliver 254 kW/340 hp and 440 Nm of torque.

High-speed DC charging for public stations can be performed at 190 kW, which means that a charging time of around 8 minutes will add 100 km of range. In addition, the Lyriq will offer a 19,2 kW charging module that can add up to 85 km of range per hour of charge for home charging.