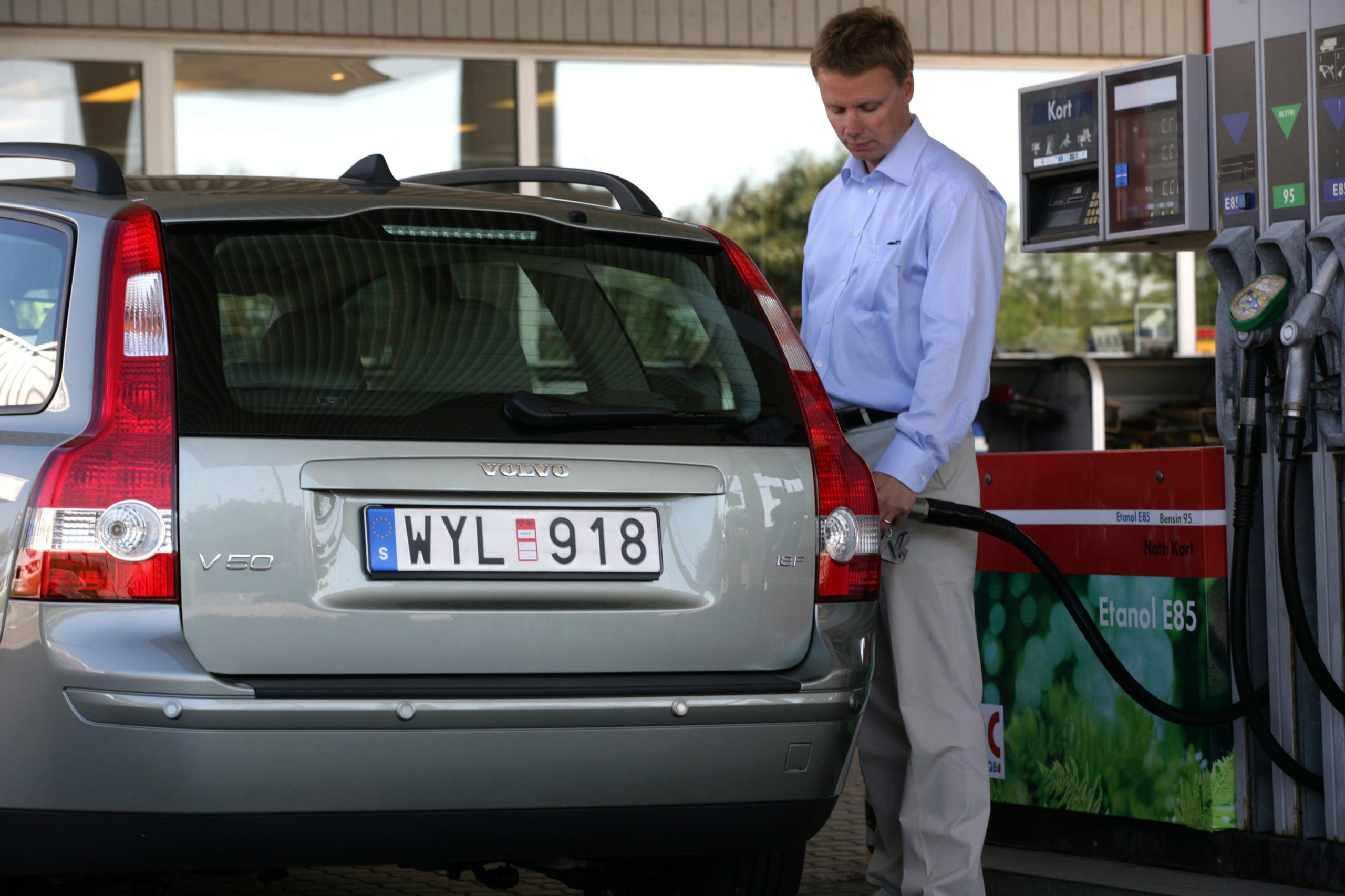 Under EU ruling, regular gasoline must be blended with ethanol. But the biofuel is made from wheat that, according to T&E, should be used for the global food crisis /Volvo

According to Transport & Environment, the bioenergy sector burns every day a grain volume to the equivalent of 15 million loaves of bread to make ethanol for our fuels. The organization calls it immoral to continue driving on biofuels with grain prices skyrocketing. In stark contrast, the ethanol lobby claims this is the time to increase biofuels to reduce our dependency on oil imports.

It happens in the background, but ethanol as a fuel is on the rise. In Europe, oil companies must mix it to a degree of 5 to 10% in gasoline, Formule 1 cars use it, and in some big nations, like France, the share of flex-fuel cars running on a mix of 85% ethanol rose with a third last year.

Biofuels are cheaper, produce less CO2, and reduce our oil consumption because they are made from edible products like rapeseed and wheat.

The latter has become an issue. Because of Putin’s invasion, wheat prices are under tremendous pressure. Russia and Ukraine are responsible for a quarter of the global wheat market. Developing countries in Africa, which depend on imported wheat stocks, are exposed intensively to the price hikes.

Following an in-house study, Transport & Environment now calls to stop burning that wheat in cars all over Europe. According to their data, this would free up 20% of the supply and rebalance the market. T&E calls it “lifesaving”.

Meanwhile, the bioenergy sector does the opposite using the same leverage. They call for a boost of biofuel production to cut the Western reliance on imported oil from Russia. In a press statement, the lobby group for ethanol, ePure, asked for domestic refineries to be mobilized for “full use”.

As for agricultural side-effects, e-Pure refers to the reports from the European Commission that assess the impact of biofuel on feedstock and food prices. The organization says that it debunks many myths around “food versus fuel”. These reports have never found a correlation between food prices and biofuel demand, but they antedate the current crisis.

Calculations by Transport & Environment show the size of the measures to reach the goal of freeing our economy from Russian oil by switching to biofuels. To replace all Russian oil imports with home-grown biofuels would need at least two-thirds of the bloc’s farmland for crops.

Maik Marahrens, biofuels manager at T&E, concluded: “The biofuels industry is stepping up its lobbying efforts to push for more grains like wheat and corn to replace Russian oil. In doing so, it is cynically taking advantage of people’s concerns over fuel prices, putting profit over food security.”

According to the organization, more impactful measures should be given priority like homeworking, stricter speed regulation, carsharing, and car-free Sundays.

Ethanol can be made from agricultural residues, biomass, or even waste material, bypassing the food implications, but these processes are challenging to scale up at the industrial level. The International Council on Clean Transportation (ICCT) joined the debate last year. They found in a comparative study that ethanol emits only 2% fewer greenhouse gases than gasoline because of the carbons released during production.