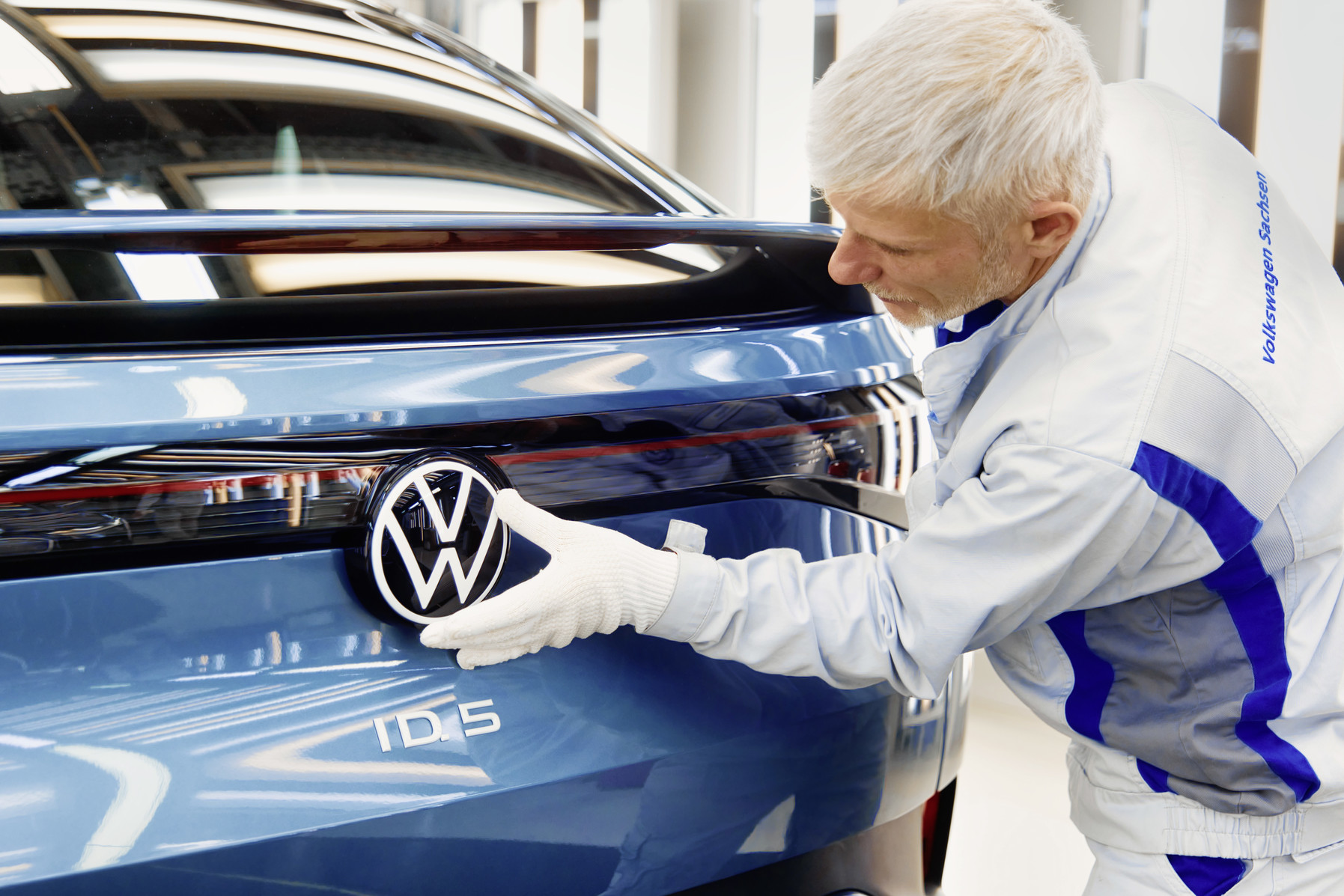 The ID.5 is assembled in Zwickau, Germany. Because of a shortage in harnesses, Volkswagen has to delay the launch by at least one month /Volkswagen

Problems with the delivery of cable harnesses force Volkswagen to postpone the launch of its all-electric ID.5 cross-over coupé by a month. Usually, these parts are sourced from a Ukrainian subcontractor, but the supply has stalled because of the Russian invasion. However, the supplying factory rebooted last week.

The ID.5 was scheduled for launch at the beginning of April. That date has been pushed back by a month because the factory hasn’t resumed production yet, lacking crucial parts for the electric wiring of the cars.

The new date isn’t a given either. A document that German newspaper Automobilwoche could look into says that the condition remains that each agent should have their exhibition models before launch.

From Dresden to Mlada Boleslav

Customer deliveries, scheduled for the beginning of April, are also delayed. Some vehicles were already finished, but Volkswagen has decided to freeze those to treat every customer equally.

Together with the Transparent Factory in Dresden, the factory in Zwickau is the most affected one in the Volkswagen Group’s chain since these locations build the MEB models, which rely extensively on the Ukrainian harnesses.

As a result, production is paused at this moment but is expected to resume during this week. The disturbance also affected the assembly of the Enyaq in Mlada Boleslav, Czechoslovakia, which hasn’t resumed either.

However, there’s light at the end of the tunnel. Since last week, the Ukrainian partner has restarted production, reportedly under full service and security for its workers.

Volkswagen also assigned a special task force to solve the supply bottleneck for wire harnesses. The company is looking at partners in Morocco and Romania, the world’s largest supplier for these cables, not only to maintain supply levels but also to double source to secure the operation of its assembly lines.

The ID.5 is the coupé version of the all-electric ID.4. It sits a notch higher in the range and only is available with the bigger battery of 77 kWh and the higher equipment levels.