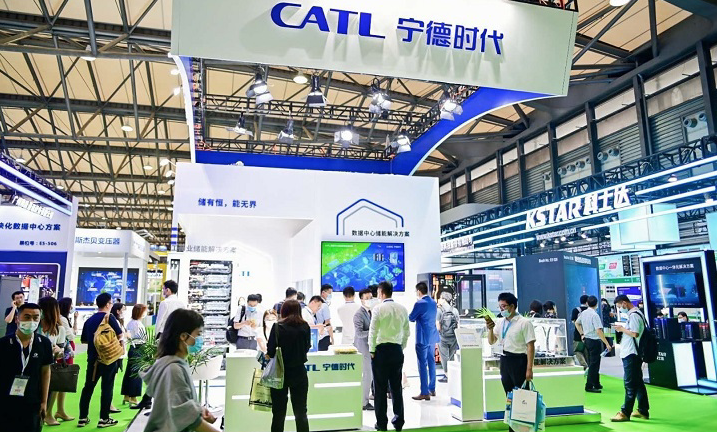 At the Chinese EV100 forum, CATL announced a new generation of its cell-to-pack battery, claiming that it will outperform the 4 860 technology Tesla has yet to launch /CATL

Chinese CATL, the biggest battery manufacturer in the world, has announced that it will launch a new generation of its cell-to-pack battery (CTP), internally called Kirin. The company says it is ready for mass production and that its battery outperforms by 13% Tesla’s next-generation pack with 4 860 cells.

The news was ushered out at the China EV100 forum by CATL’s chief scientist Wu Kai during a presentation. Kai confirmed that his company is on the brink of launching the third generation of its CTP battery, even mentioning details about the performance.

Wu Kai unveiled that with the same volume and chemistry Kirin will be 13% more powerful than the 4 860 cells which Tesla is expected to deploy anywhere soon, supposedly on vehicles produced in Austin and Berlin. Kai added that weight, energy density, and volumetric energy density will continue to lead the industry at the highest level.

Cell-to-pack technology is interesting because it does away with modules and cabling. The cells are part of the battery structure, freeing up space for more active material and thus more energy. Production is a lot easier, faster, and more economical. CTP packs are also safer because they use cells that are less prone to burning or exploding.

The most famous example of CTP technology is the Blade pack used by BYD. These have a very good energy density up to 150 Wh/kg (the pack, not the individual cells). According to CATL, their latest iteration will offer 160 Wh/kg in a similar cobalt-free version (LFP). LFP is most common for cell-to-pack technology. The cells then need to be prismatic for assembly, which is exactly how the Kirin structure looks like.

At the forum, Kai also acknowledged that his company is working on a battery with 1 000 kilometers of range, scheduled for 2023. He added that the consumer’s quest for long range was still a trend. That battery will feature the heat-diffusion-free technology, a safe design for high-energy densities avoiding thermal runway fires.