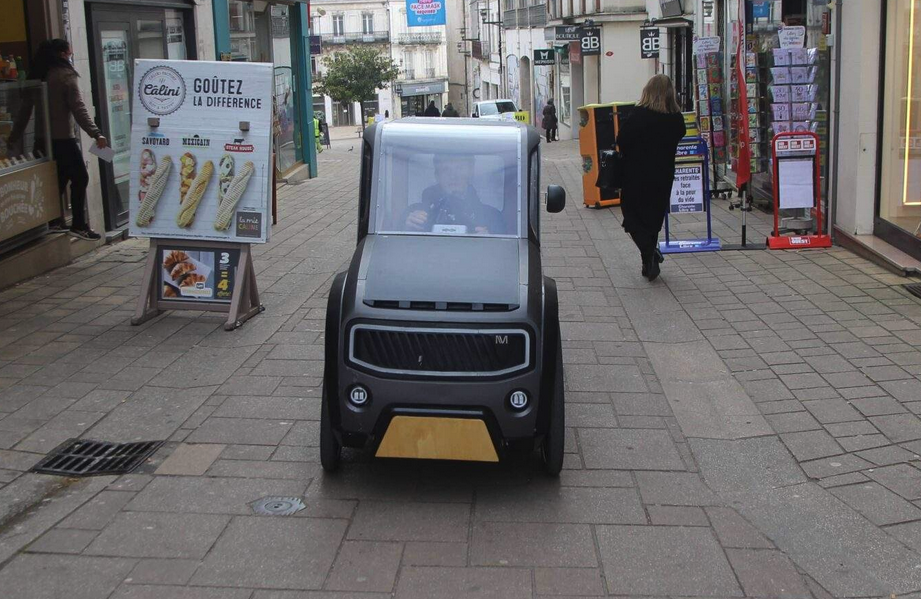 Midipile is a French start-up that targets professional courier services. Their electric vehicle is modular and the battery can be charged by pedaling /Midipile

Founded by a bunch of former automotive engineers, the French company Midipile intends to revolutionize urban last-mile deliveries with an electric pedal car made from sustainable materials. To ensure that the zero-carbon cycle is guaranteed, Midipile recuperates all of its vehicles at the end of their lifecycle.

In many ways, the Midipile resembles a soapbox. It is made from wood, the wheels are as thin as those on a bicycle, and propulsion is taken care of by an electric motor and a battery. Here comes the kicker: charging the cells is done by the kinetic energy from the cycling feet of the driver.

But solar panels on the nose, regenerative braking, and battery swapping are also at play. The latter significantly reduces downtime. According to the brand’s website, one can regain 160 kilometers in less than one minute.

The French start-up positions its pedal car as a more weather-proof and safe alternative to the cargo bikes, which are being extensively used in cities for last-mile deliveries.

The Midipile is available in a pickup version, with a cargo box, and as a transporter for two occupants. It’s a modular concept. So, its owner can adapt the zero-emission vehicle to his needs. In a relatively fast manner, according to its conceivers. The bodywork is even wide enough to fit a euro pallet.

The vehicle targets the professional courier, who can enroll in the program by subscription. A dedicated app keeps track of the operational costs, key performance indicators, CO2 savings, and energetic consumption.

Since the vehicles aren’t purchased, Midipile recuperates them at the end of their lifecycle. This way, they guarantee a cradle-to-cradle recycling tactic, reducing the carbon footprint to absolutely zero.