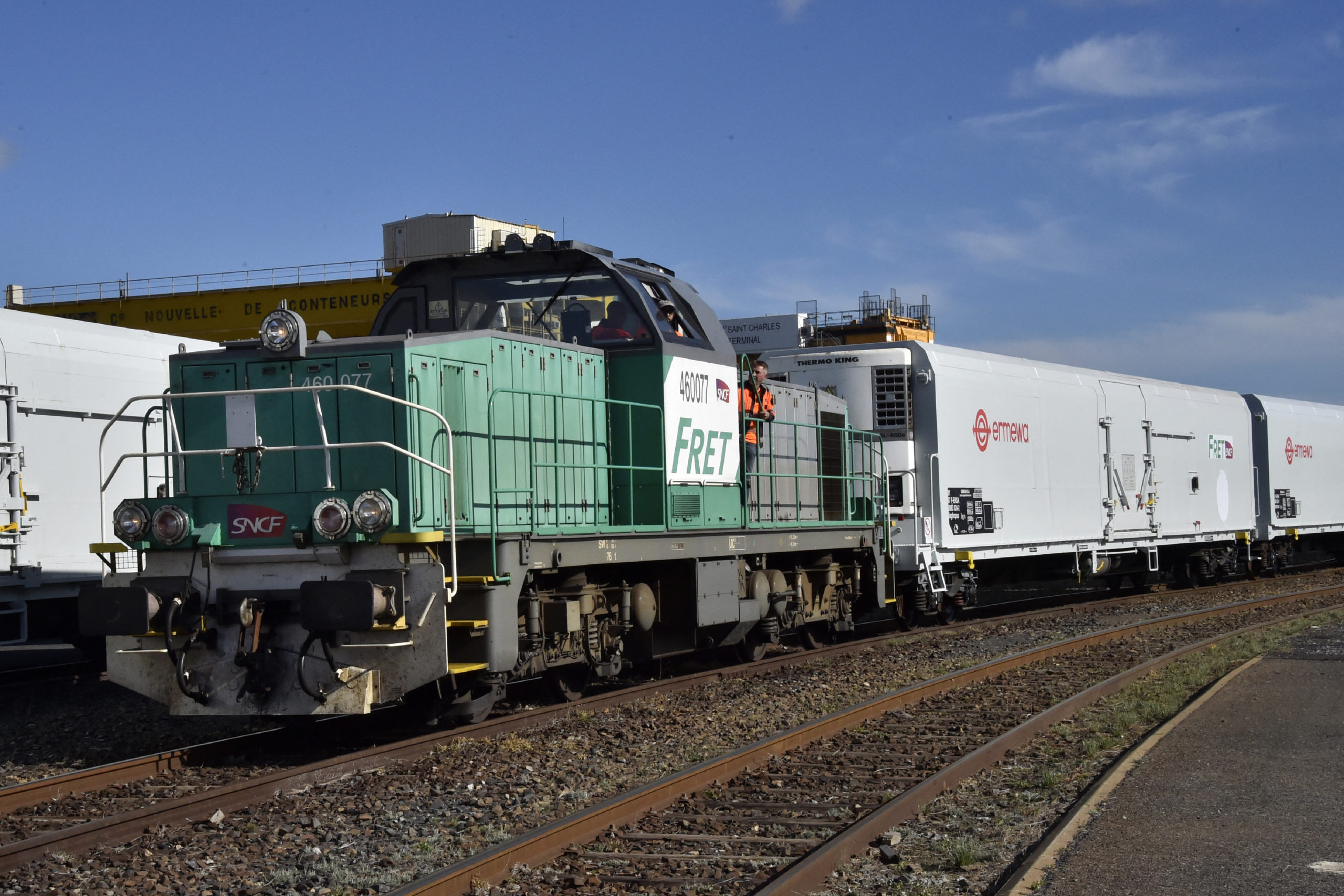 Two French industrial companies aim to replace all freight diesel locomotives on the non-electrified parts of the French rail network. Train manufacturer, Alstom, is set to develop a heavy-load fuel-cell locomotive, while energy provider Engie will produce and supply emission-free hydrogen from renewable energies. The new train’s first runs are scheduled for 2025.

“Our ambition is to accelerate the adoption of hydrogen in the rail industry and develop innovative solutions in heavy green mobility, including rail freight. First, however, all the players must be mobilized to develop the hydrogen sector. In a recent press release, Raphaël Bernardelli, Alstom’s Vice-President, declared that “this is the meaning of our partnership with Engie.”

While French trains mostly run on electricity from above-ground lines, around 15 to 20% of the rail network isn’t equipped with electricity. Diesel is, at the moment, the only solution. However, the national rail company SNCF aims at stopping using fossil-fuel trains by 2035. Trial runs with hybrid and hydrogen passenger trains have already borne fruit, but freight is still mainly using diesel-generator locomotives.

Two French industrial companies are set to work hand in hand to decarbonize rail transport. Train manufacturer Alstom and energy provider Engie have just signed a partnership to supply renewable hydrogen to a fuel-cell system for rail freight in Europe.

Alstom will be in charge of developing and building the new-age locomotive. The French company already has the experience, but freight rail requires much more powerful machines to pull some 2 000 tons. The new fuel-cell locomotives should have a range of around 100 km.

Engie, for its part, will provide the fuel. And the fuelling network. Most importantly, the hydrogen to be provided will be ‘green’, meaning it will come from renewable sources. Engie plans on developing a production capacity of up to 4 GW to fuel 700 km of hydrogen-powered freight rail by 2030. This will go together with a 1 TWh storage capacity and more than 100 filling stations.

Alstom and Engie share the ambition to put hydrogen at the heart of the decarbonization of the rail sector. In March 2020, the successful test of the Coradia iLint passenger train in Groningen Province, the Netherlands, showcased both groups’ ambition.

For its part, Alstom already markets its hydrogen-powered train in Germany, Sweden, France, and the Netherlands. Furthermore, in April 2021, the SNCF ordered dual-mode electric traction trains that could run on both catenaries’ electricity and hydrogen. The first twelve cars should run regular regional service in 2025.