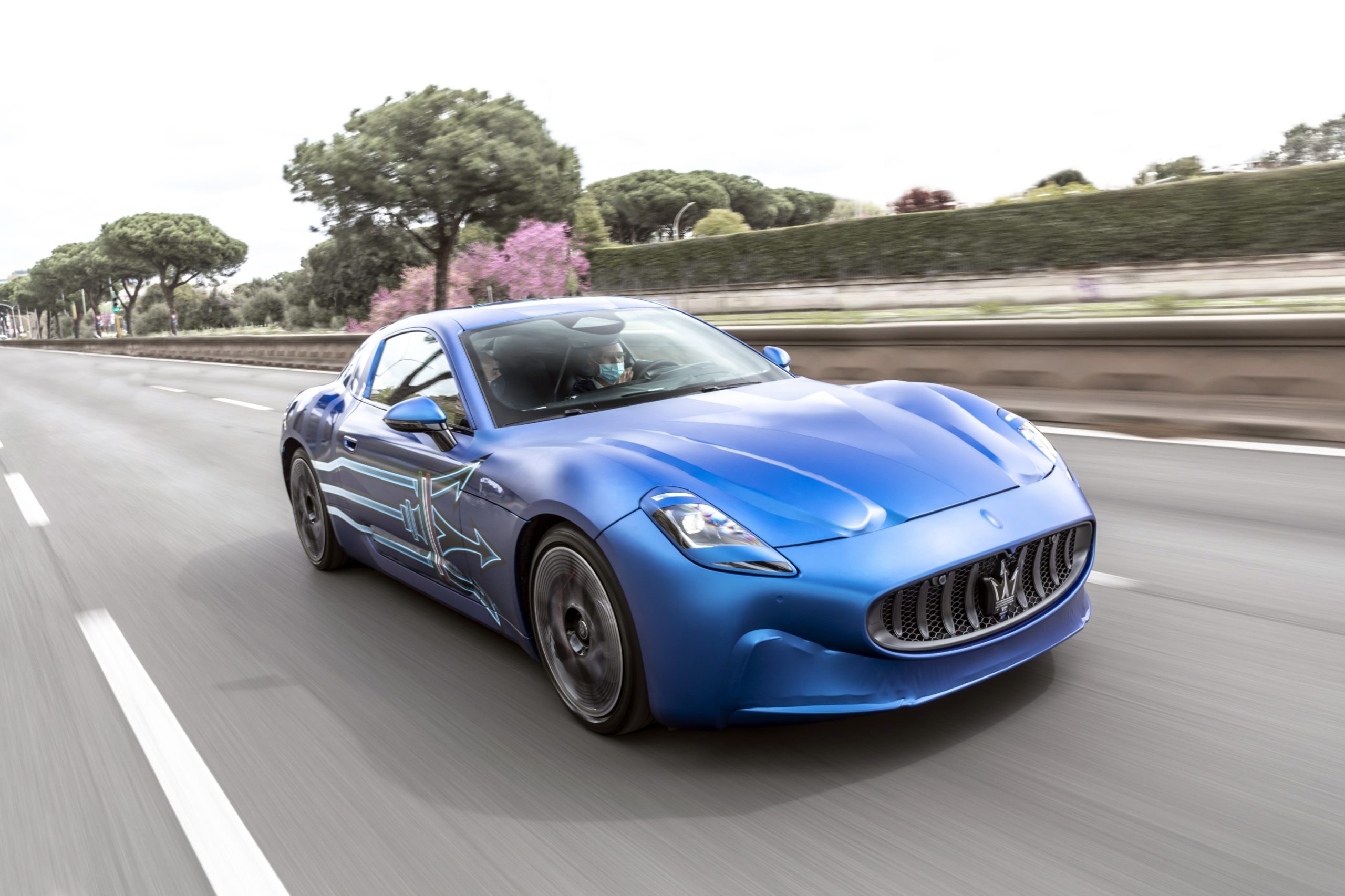 Stellantis CEO Carlos Tavares brought a special guest to the Formula E Grand Prix in Rome over the weekend: a barely camouflaged prototype of the fully electric Maserati GT Folgore. Only a few stretches of tape covered the prototype while it was coasting along the banks of the river Tiber.

The GT Folgore will be the first fully electric Maserati, starting a road map that will eventually lead to the end of the combustion engine for the Italian manufacturer in 2030.

Maserati is a newcomer in Formula E, and when the race series hit the capital of its home country, it wanted to woo the crowd with something special. So, it brought along a prototype of its 1 200 hp GT Folgore, which, according to the manufacturer, is capable of a scorching acceleration from standstill to 100 kph in under three seconds, thanks to three electric motors. Moreover, the Italians project a top speed of 300 kph, exceptional for an electric car.

The looks of the four-seater GT maintain the elegant and sleek profile, which is upgraded with headlights reminiscent of the MC20, aerodynamic wheel covers, and a tout radiator grille like we’ve seen on the compact SUV Grecale.

That newcomer will be the second one coming to market as a BEV, arriving in 2023. The GranTurismo will be unveiled this year, but the Folgore, which means ‘lightning’ in Italian, is also scheduled for next year.

Maserati says that the Folgore will feature a so-called Bone Battery, optimizing weight distribution and point of gravity to keep the driving dynamics on par with the heresy of the brand. The company has also hinted at an 800-volt onboard network, claiming that the GT will charge with comparable fast manners as it picks up speed.

So, while the car preludes a portfolio featuring an electric version of every Maserati in the range by 2025, it will still be offered with conventional combustion engines. Strong doubts remain if the V8 survives. However, the twin-turbocharged V6 from the MC20 is a given since it’s an in-house development named Nettuno and peaks at 630 hp and a torque of 730 Nm. The GT will also come to showrooms as a Grancabrio.

While the Folgore models of the Levante and Quattroporte have been confirmed, Maserati acknowledged in a presentation of the financial results for 2021 that the lifeline of the Ghibli will be ended after the current generation. Apparently, an electric spin-off couldn’t save the Latin alternative to the BMW 5 Series, Mercedes E-Class, and Audi A6.