Will Tesla become a lithium miner? 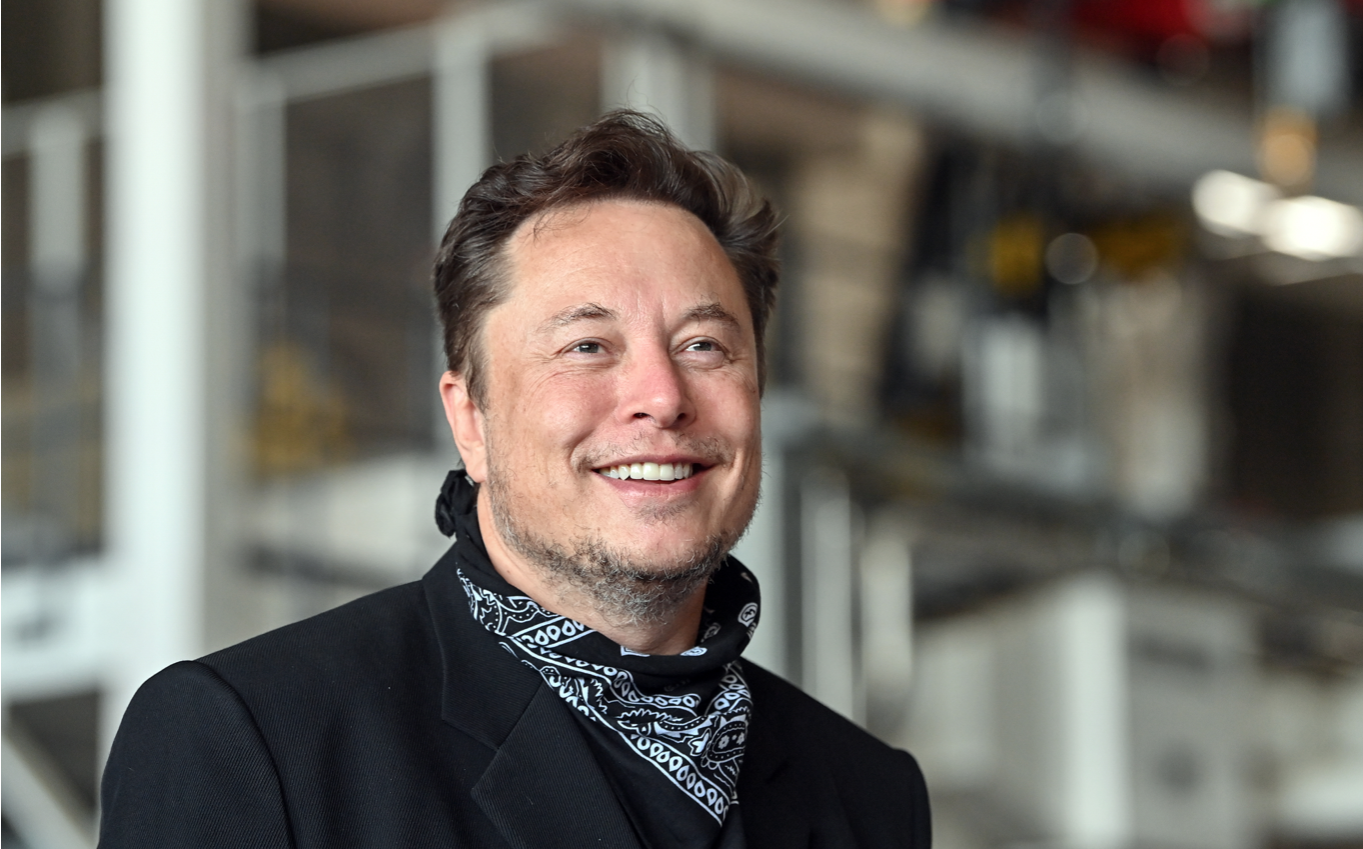 Tesla CEO Elon Musk wants to slash costs to reduce the price of its batteries, and is, therefore, looking into the mining sector. Now that prices of the commodity are soaring, the idea could become more tangible /dpa

Tesla CEO Elon Musk has hinted in a tweet – what else? – that his company should move into the extraction and refinement of lithium, the anode material used in the battery cells of its cars. The price of the material has gone through the roof, but that is not caused by a shortage, according to Musk.

“Price of lithium has gone to insane levels. Tesla might actually have to get into the mining and refining directly at scale unless costs improve.” Elon Musk phrased it on his beloved communication channel Twitter.

Musk pointed out that lithium is found everywhere on earth and that there’s an abundance of the element. However, he claimed that the pace of extraction and refinement is moving too slow and added in the following tweet: “We have some cool ideas for sustainable lithium extraction.” Tesla’s ambition is to slash its battery costs by 50%, so the soaring lithium prices come unwanted.

It is a fact that lithium is found in every part of the world. But the big portion, or 86% of the global supply, comes from only three countries: Australia, Chile, and China. These countries have the most significant volumes available.

And it is not that the sector isn’t investing. The big lithium players like Albemarle, SQM, and Livent are putting their capital in the ground, but they are lagging behind the growth curve of EV demand.

And while the sector is looking at alternatives like zinc and sodium-sulfur as replacement materials, lithium is still the future for automotive battery cells for the time being. It is precious because it has a very high power-to-weight ratio, making it so interesting to use in cars.

It is not the first time that Tesla has looked into the mining business. Two years ago, the electric carmaker tried to acquire Cypress Development Co., a mining company from Nevada, but a deal fell through. Tesla did secure its own lithium mining rights in that state, aiming to extract lithium from clay.

However, that method is regarded as expensive and complex, certainly for large commercial quantities. Musk said that Tesla could use salt for the extraction instead of the chemicals regularly used by the miners. That could be the “cool idea” he’s referring to.

Musk has been dominating the news lately. As a frantic user of Twitter, he acquired 9,2% of the shares of the communication channel, which entitled him to a seat on the board and made him the largest private shareholder. In a last-minute move, he rejected that right, which now entitles him to acquire even more shares. The stock prices of Twitter dropped after the news broke that Musk resigned from becoming a board member. 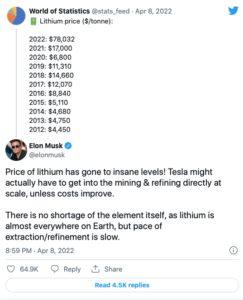