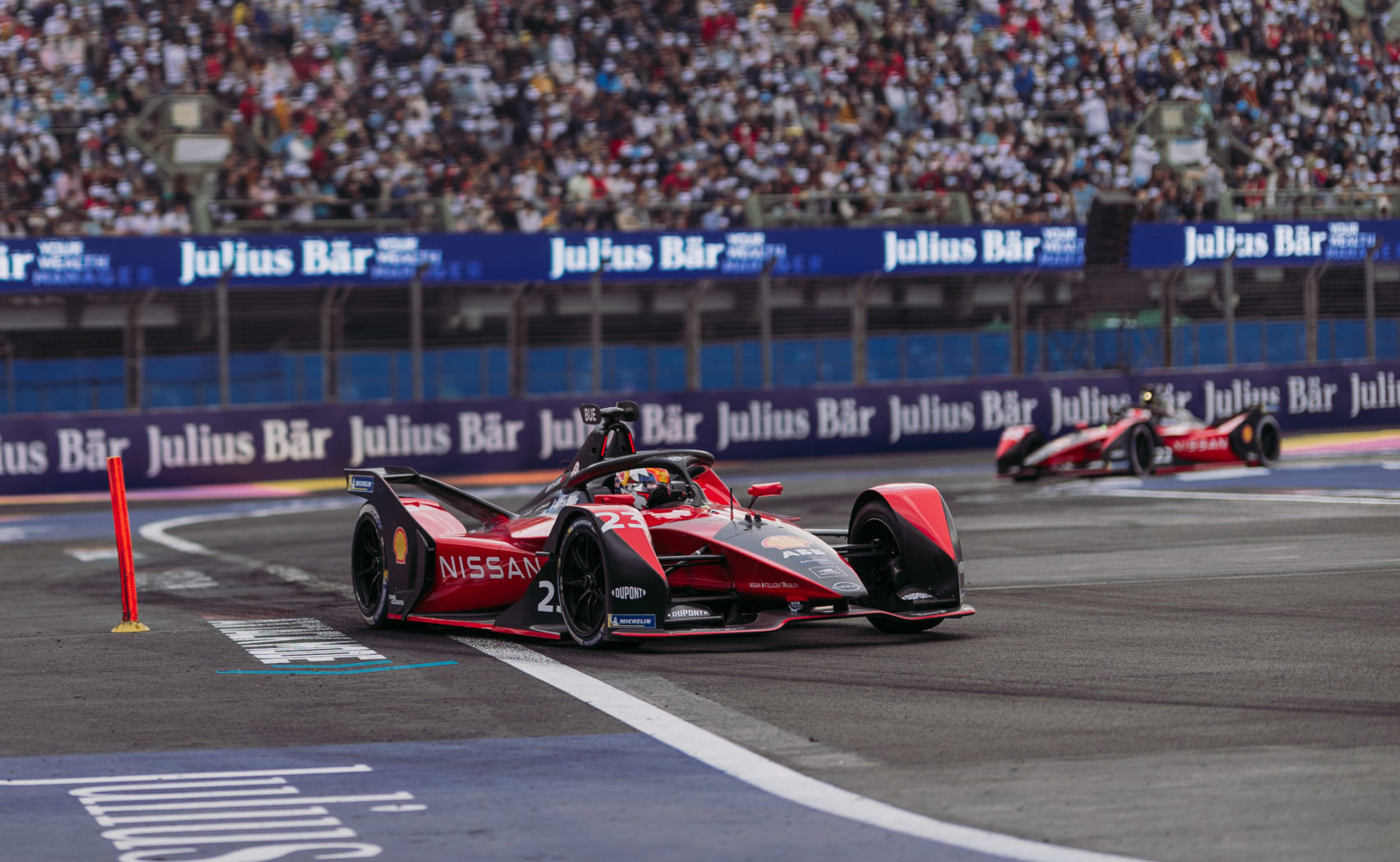 After racing together since 2018, Nissan has fully acquired its partner and French Formula E racing team e.dams /Nissan

After three seasons in Formula E, Nissan takes its former partner and French racing team e.dams under its wing. With this acquisition, the newly formed official Nissan team will continue to race as planned in Season 8. In addition, commitment to the Formula E Gen3 era, from Season 9 to the end of Season 12, has also been sealed.

“The acquisition of the e.dams team reconfirms our long-term commitment to Formula E and the exciting, high-performance world of motorsports competition as a whole. But we don’t only love to compete. We’re also passionate about delivering innovative and exciting driving experiences while demonstrating our commitment to zero-emission and sustainable solutions,” declares Ashwani Gupta, Nissan’s COO, in a press release.

Nissan isn’t new to the world of Formula E. It has been racing electric cars since 2018 in partnership with the French racing team e.dams. With former Swiss champion Sebastien Buemi and British Oliver Rowland at the wheel, the Nissan e.dams team won 17 races and 39 race podiums out of 89 races entered.

For Season 8, new young German driver Maximilian Günther will race beside Buemi, but there are other changes. After three years, Nissan is taking e.dams under its wings. The French racing team in Le Mans will now be part of the manufacturer and continue to race in Season 8 as planned.

“We are very proud to hand over the e.dams team to such a committed and innovative company as Nissan. We’ve had several open discussions in recent months with Nissan, and we decided that it was the right time for them to take the reins and continue the legacy of our family and secure the long-term future of the employees,” noted brothers and former e.dams owners, Olivier and Grégory Driot.

For Nissan, Formula E sits right in the middle of its sustainability ambition, or as the manufacturer refers to, “Ambition 2030”. A key element is to electrify all its new vehicle offerings by the early 2030s in crucial markets. In addition, bringing expertise and transferring knowledge from Formula E to the road should further help Nissan achieve its goal of carbon neutrality across all operations and product life cycles by 2050.