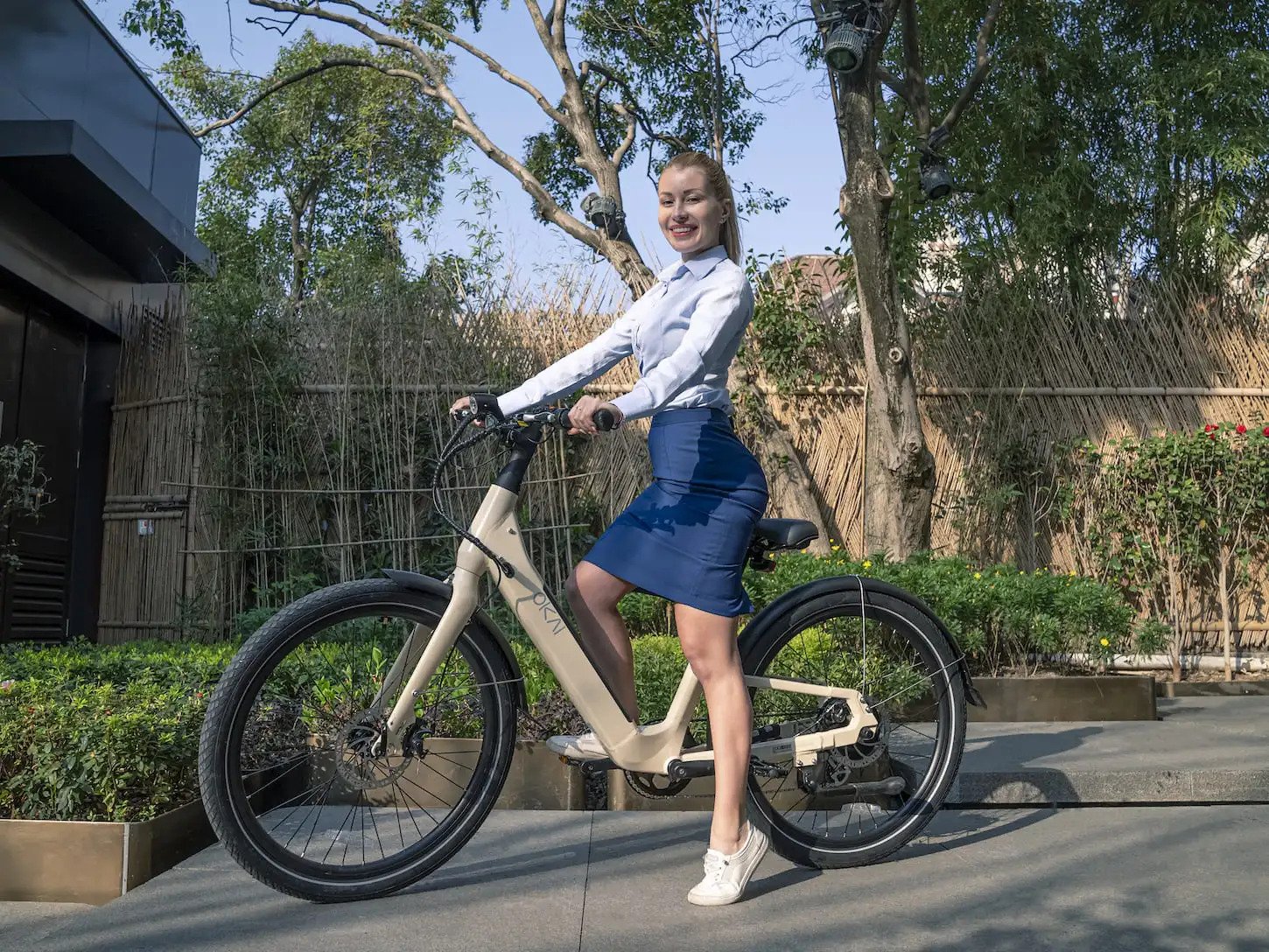 The Chinese company OKAI, one of the biggest providers for sharing platforms, launches its first smart e-bike, the STRIDE /OKAI

OKAI, a Chinese multinational that has built its reputation as one of the largest e-scooter and e-bike sharing service providers, launches its first consumer-oriented e-bike: the OKAI Stride.

The company, with production facilities in Jinhua, Zhejiang and European headquarters in Berlin, is best known as the supplier of e-bikes to big sharing platforms like Lime and Bird for over 10 years. But now the provider is launching its own smart e-bike.

The robust, sleekly designed OKAI Stride is powered by a 750W rear hub motor from Bafang, capable of pushing the e-bike up to a maximum speed of 45 km/h.

In low power mode the Stride theoretically reaches a maximum range of 64 kilometers. However, the throttle-only range of 40 km and the pedal-assist range at a higher power of 51 km seem more realistic. Especially with regard to the specs of the battery: 48V and 460 Wh.

OKAI says they use LG cells in the removable battery, and that swapping is easy and convenient.

The bike, weighing 29 kg, features a step-through frame for quick mounting and makes good use of a Shimano 7-speed transmission. Tektro supplies the mechanical disc brakes. A suspension is not present. But it is not likely that you will need one if you’re a city-dweller while it’s one more part that can’t break down.

Built into the head cap is a customizable color display. It interacts with a chip in the physical key, featuring NFC technology, and is used to unlock the battery. The bike can be locked electronically by tapping the key fob to the LCD display, which has been elegantly integrated into the bike’s stem. Thieves? They can’t command the Stride with their phone. The app binds the bike to the owner.

Unlike most other e-bikes available on the market, the mobile phone link is an important asset. The app also allows you to make other adjustments to the bike, such as switching the lights on and off, adjusting the ride mode, modifying the regenerative braking power, and locating the bike on a map.

The OKAI Stride has a price tag of 1 599 dollars (1 477 euros) and is currently being offered in the US. OKAI hasn’t announced plans yet for a European launch.