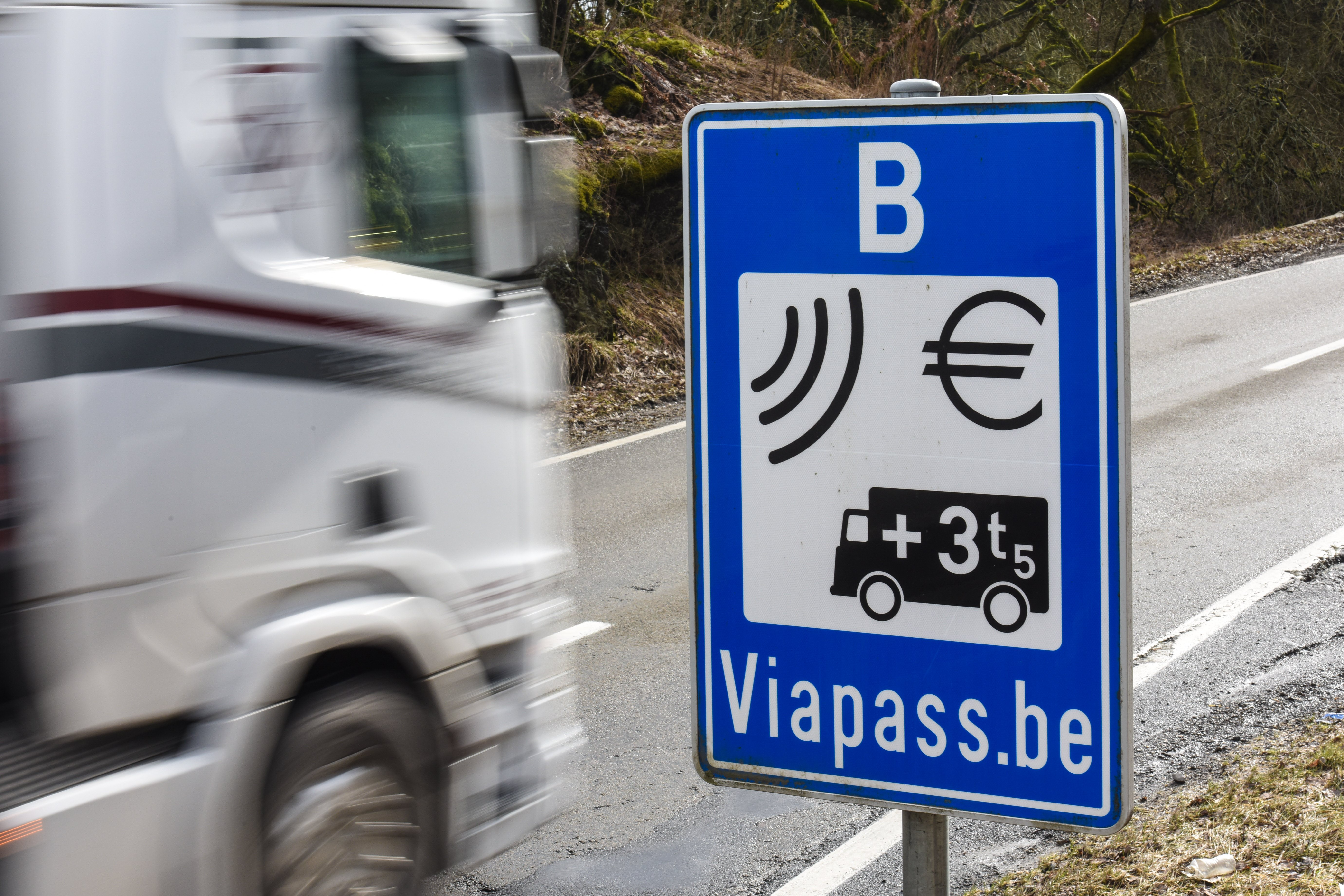 As of Friday 1 July, new rates for the kilometer charge will apply in Flanders and Brussels. It concerns an index adjustment /Belpress

In Flanders and Brussels, the rates for the kilometer charge for trucks will be increased on 1 July. It is an index adjustment. In Wallonia, the tariffs for the toll were indexed on 1 January. Viapass, the public body that coordinates and monitors the kilometer charge in Belgium, also reports that no paying toll roads will be added.

The rates apply to all Belgian and foreign trucks with a maximum authorized mass (MTM) of more than 3,5 tons and semi-trailer towing vehicles in category N1 with bodywork code BC.

The software of the OBUs (On-Board Units), the devices in the trucks that register the kilometers driven on paying toll roads, will automatically be updated with the new rates.

The kilometer charge for trucks works because the proportion of clean trucks on Belgian roads steadily increases, with 80% of the trucks being of the latest Euro 6 standard. The higher the Euro standard of the vehicle and the lower its MTM, the most advantageous the tariff per driven kilometer.

The amount per kilometer on toll roads depends on the region where the road is located, the MTM, and the Euro emission standard of the vehicle. The increase is even so significant that Viapass is proposing making the rules stricter in the future, even for electric trucks.

In 2021, revenues from the kilometer tax, introduced in Belgium in 2016, increased by 12% to just over 814 million euros. The largest share, 529 million euros, was generated in Flanders, followed by Wallonia (274 million) and Brussels (9,9 million). Holders of Belgian license plates paid almost half.