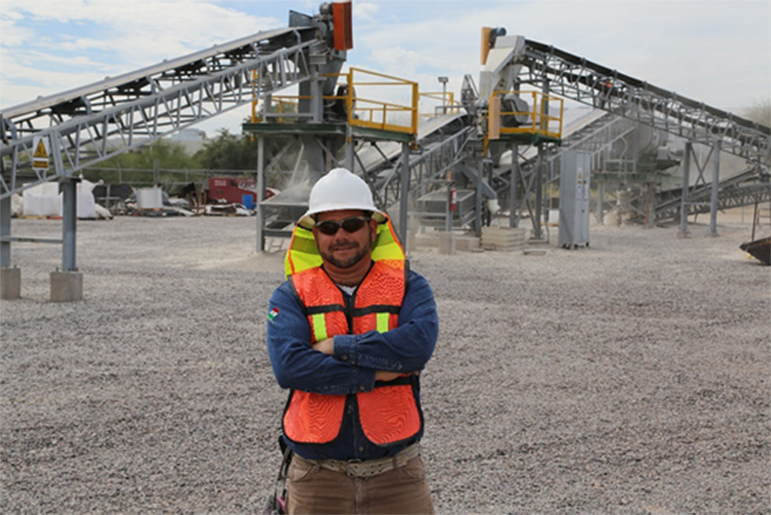 The Mexican parliament yesterday approved a law as a first step to nationalize the country’s lithium reserves, the primary metal used for EV batteries today. According to the specialized website Mining technology, Mexico has significant resources in the northern state of Sonora.

In Bacadéhuachi, in the state of Sonora, the Anglo-Canadian exploration company Bacanora Minerals has discovered the largest lithium deposit in the world. The site, which measures the equivalent of 100 000 soccer pitches, contains estimated reserves of 243 million tons of minerals embedded in rocks and clay.

It plans to build a 35 000 tons per annum battery-grade lithium operation there, in partnership with its majority shareholder, Chinese giant Ganfeng. The latter is one of the biggest batteries manufacturers in the world.

Next in the nationalization process, the law has to be voted in the Senate, where the ruling Morena party of the left-wing president Andres Manuel López Obrador also has a majority. But according to the reform of the mining law, lithium is part of Mexico’s heritage, which excludes any new licensing to private companies.

Previous governments had granted eight concessions, which will remain in force. There are 36 lithium exploration concessions in Mexico, of which only 27 are active, all of which are controlled by three foreign companies, including Ganfeng.

Mexico wants to turn lithium into a strategic resource like oil. “We have to protect this coveted mineral. It belongs to the nation. We cannot allow it to pass into the hands of corporations or hegemonic powers”, López Obrador said in October last year.

Global demand for “white gold” is very high since this light mineral is used in the electromobility sector, in batteries for smartphones and electronic equipment, energy storage systems, anti-depressant medication, and even in the nuclear industry. According to the government of Chile, the region’s biggest lithium producer, global demand for “the oil of the future” is set to grow by 80% by 2030, and Mexico does not want to miss the boat.

However, the tricky point is that without the technology and know-how of the private sector, Mexico’s wish to gain a foothold in the lithium business is likely to be frustrated. This has been the case in Bolivia. The country has the largest lithium reserves globally, but 13 years after its first foray into the sector, it has not fully exploited them.

According to El País, it is not yet clear whether Mexico will focus on lithium production in developing batteries for the electric automobile industry. It also remains unclear if the law would oblige private companies to sell extracted lithium to the state or, in contrast, if they would be used for export.

On the other hand, others claim that the Mexican state-owned petroleum company Pemex and the Federal Electricity Commission’s state-owned companies could develop the entire lithium industry. Still, they must take it step by step.

Repercussions of the free trade agreement

The proposed electricity market reform worried the United States, fearing environmental risks and investments of billions that US companies have made in Mexico. Washington has also warned of “endless disputes” in the Mexico-US-Canada free trade agreement.

Within three years, automobiles manufactured in the three countries must contain at least 75% regionally produced components if they are to be sold without duties. This includes lithium batteries.

Mexico could therefore only benefit if it could incorporate Mexican lithium into this industry. In 2018, Ganfeng signed an agreement to build a battery recycling plant in Mexico to supply minerals for Tesla Motors, the largest electric vehicle factory in Nevada, only 1400 km from Sonora.

In general, China currently dominates the EV supply chain, producing close to two-thirds of the world’s lithium-ion batteries. Europe also wants to increase its efforts to mine lithium in the future to become less dependent on China in that area.

At the same time, Mexico’s lithium discovery is a double-edged sword. As in Chile and Bolivia, plans to expand lithium mining also raise new questions about lithium extraction’s social and environmental risks.

The exploitation of lithium requires vast quantities of water and can have severe consequences for the environment. Sonora, for example, is already facing a desertification crisis and is ranked as having “extremely high baseline water stress”, according to the World Resources Institute. This means the population already uses more than 80% of their available water supply.

According to the environmental campaign group, Fridays for Future, lithium is also a particularly polluting mineral. Hydrochloric acid is used in lithium processing to filter waste products from brine, rock, or clay. In Argentina and Chile, this has generated conflict with communities living near mines, where it has polluted local water sources.