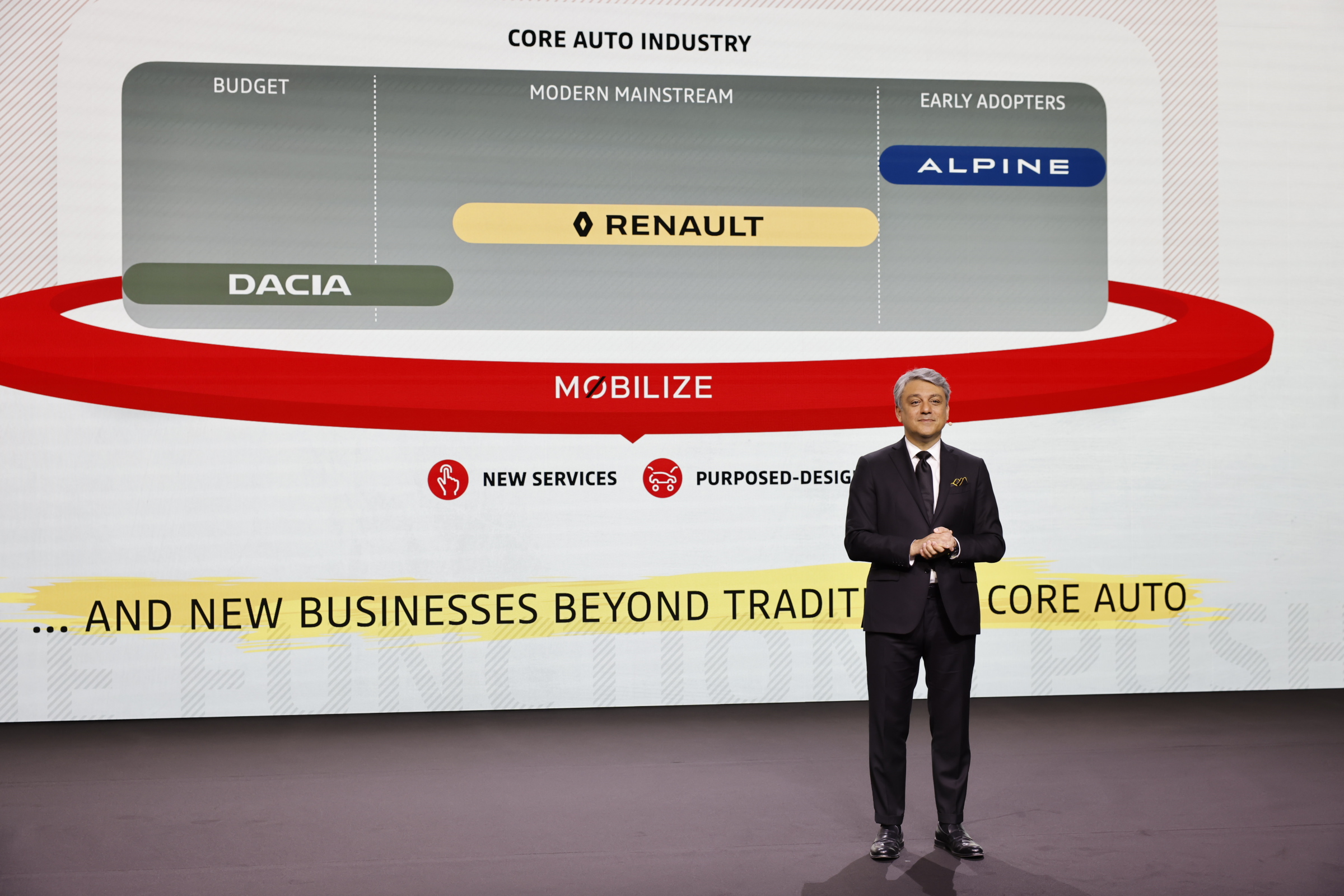 The chip shortage crisis is weighing on Renault’s results, but CEO de Meo’s focus on more profitable models compensates for the decline /Renault

The shortage of semiconductors has pushed the revenue of the Renault Group back by 2,7% during the first quarter of this year. However, with a result of 9,7 billion euros, the French carmaker performed better than expected.

Moreover, the impact of its stalled Russian operations remained manageable. Its CEO Luca de Meo is responding to the crisis and is looking for ways to revalorize the activities of the car company.

Renault published its first-quarter results on Friday, blaming “the decline of the automotive market in Europe in connection with the shortage of semiconductors, affecting mainly the sales of the Renault brand, Dacia being less exposed to the most affected suppliers,” as the reason for the decline in revenue.

Douai latest in the row

The group’s sales fell by 17,1% year-on-year, including commercial vehicles. Still, higher prices and the focus on more profitable models, as part of the Renaulution plans of de Meo, partly offset this decline. In addition, the European order backlog isn’t an issue and sits at a 15-year high, representing almost four months of sales.

However, the parts shortage crisis is chaining the factories. As a result, Renault had to close several of them for a few days. The latest in the row was the plant in Douai, where the all-electric Mégane E-Tech is under production. The plant closed down on the 16th of April and is scheduled to reopen today.

Renault is also the car company most severely affected by Russia’s invasion, as it is the main shareholder in AvtoVaz, the company behind Lada. As a result, Renault has halted its operations in Russia, whereas AvtoVaz saw its sales cut by a third and revenues fall by 15,7% over the period, to 0,9 billion euros.

The AvtoVaz factories, which have been shut down for three weeks caused of a parts shortage, are also due to resume operations today. Renault has been re-evaluating its stake in AvtoVaz lately. At the press conference for the financial results, financial director Thierry Piéton commented that the “possible options” for an exit from Avtovaz are still being assessed and “negotiations are underway and progressing”. Rumors have it that Renault plans to sell to a local partner.

CEO Luca de Meo is also looking into the opportunity to split its electric and thermal entities, most likely by an IPO in the second half of 2023. The French automaker is looking into a scenario comparable to Ford, which is spinning off its electric branch under the name Ford Blue.

Market valuation for established car companies is dwindling, but the electric sector succeeds much better in attracting capital on the stock exchange, even though its business model has a higher risk profile. Next to raising the necessary funds for the electric transition, these industrial separations give the electric entity the advantage of developing itself with the speed and agility of a start-up.

Officially, Renault should present the conclusions of a study on this project at an investor day this fall. But a decision could already be announced when the half-yearly results are presented.