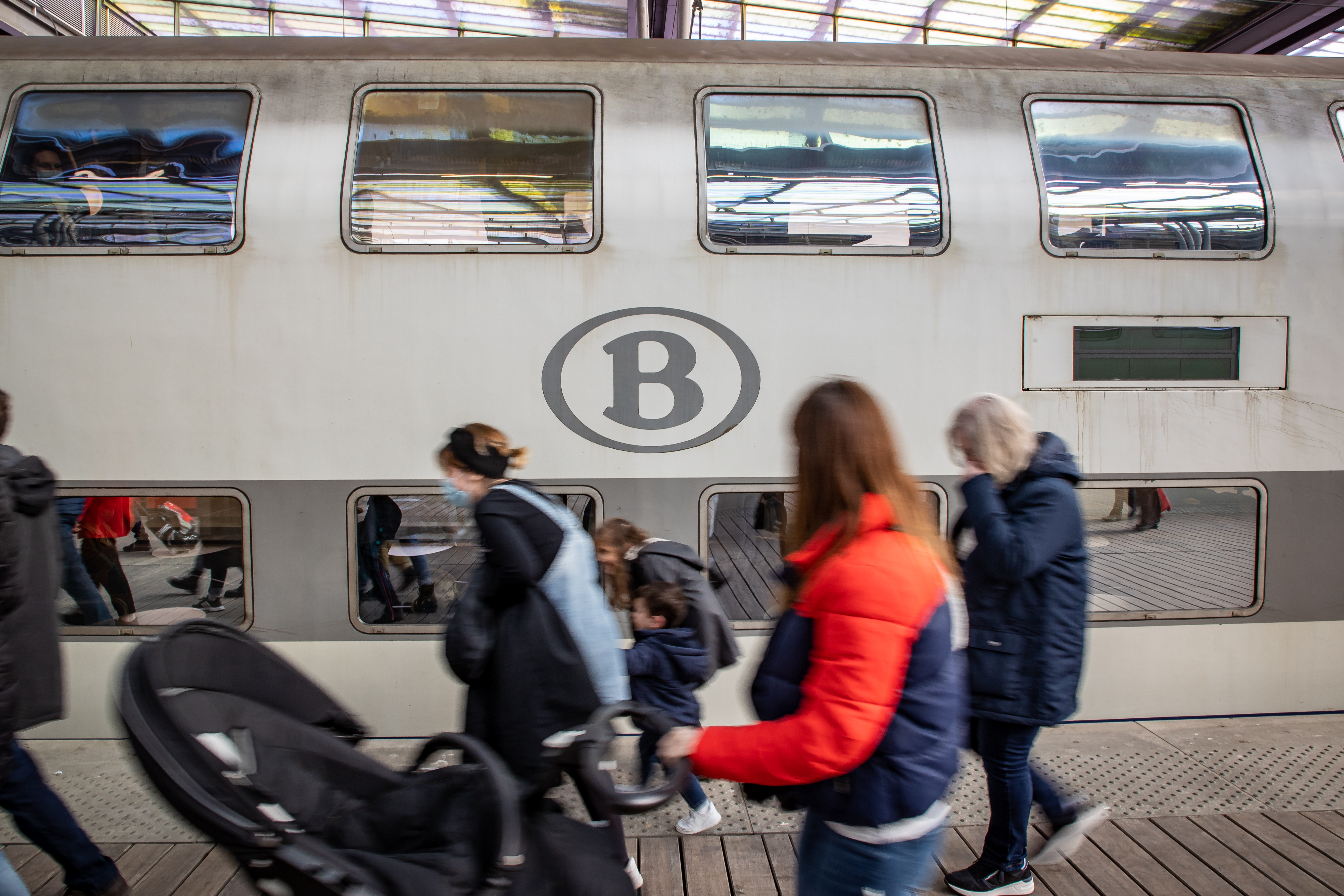 The NMBS/SNCB is in danger of losing a lot of travelers because of the breakthrough of telecommuting, predicts the Federal Planning Bureau /Belga

The number of people traveling, especially by train, will reach a ceiling in Belgium in the coming years due to the widespread use of teleworking and the aging of the population. Specifically for commuter traffic, the train would even lose 20% of passenger kilometers by 2040.

But on the other hand, the Belgian Federal Planning Bureau forecasts in its transport prognosis up to that time, people will travel much more often on foot or by bike (+35% by 2040). Travel by bus, tram, or metro will increase by +8,8%. However, it is essential to note that the forecasts assume no change in policy in their calculations.

According to the projection, the average number of kilometers traveled per person in Belgium will continue to increase slightly until 2030 and then decline by around 1% by 2040 (compared to 2019).

The projected growth rates by mode vary widely, but it would be about -3% for rail travel. The fact that it is mainly the train that will be affected by telecommuting is because “the standard profile of train users corresponds fairly well to the standard profile of the working population, which can and wants to telework.” On the other hand, the train will benefit from an expected increase in rail freight of more than 28%.

Yet this increase in car traffic and transport would not automatically lead to higher CO2 emissions. On the contrary, there would be a drastic reduction in emissions of greenhouse gases (-38%) and atmospheric pollutants such as nitrogen oxides and fine particles (-80%) between 2019 and 2040.

All this is thanks to the entry into force of the new Euro standards, the greening of car taxation, and the gradual ban on the use of internal combustion cars in the Brussels-Capital Region.

Of course, these forecasts are anything but grist to the mill of the federal government’s policy aims to make the train more attractive. In a reaction, Mobility Minister Georges Gilkinet (Ecolo) underlines that the predictions assume that there is no change in the mobility policy compared to 2019.

But the current federal government has expressed the ambition to make the train more attractive and has already taken steps in this direction. “We are reversing the past trend of disinvestment in the railways: we are working on an attractive train offer for passenger and freight transport,” he commented to press agency Belga.

“The idea is that among the different modes of transport, the train will be chosen more often so that the forecasts of the Planning Bureau do not come true. Because the train is good for the climate, our energy independence, our health, and better road safety.”

For its part, the NMBS/SNCB also tempers the negative outlook. “The figures are going up, but not yet to the pre corona level of 2019,” admits the railway company. NMBS/SNCB aims for “40% extra leisure travelers, and 25% more commuters by 2032”.

To cushion the impact of teleworking, the NMBS/SNCB counts on developing a season ticket that is more adapted to people who only go to work a few days a week.

The railway company says that it will continue to do “everything possible to make travelers choose the train”, but at the same time stresses that resources are needed for investments “to face the future with confidence”.

Last year, NMBS/SNCB made an operational loss of 401,9 million euros, which was partially covered by the government, which came up with 300 million euros.