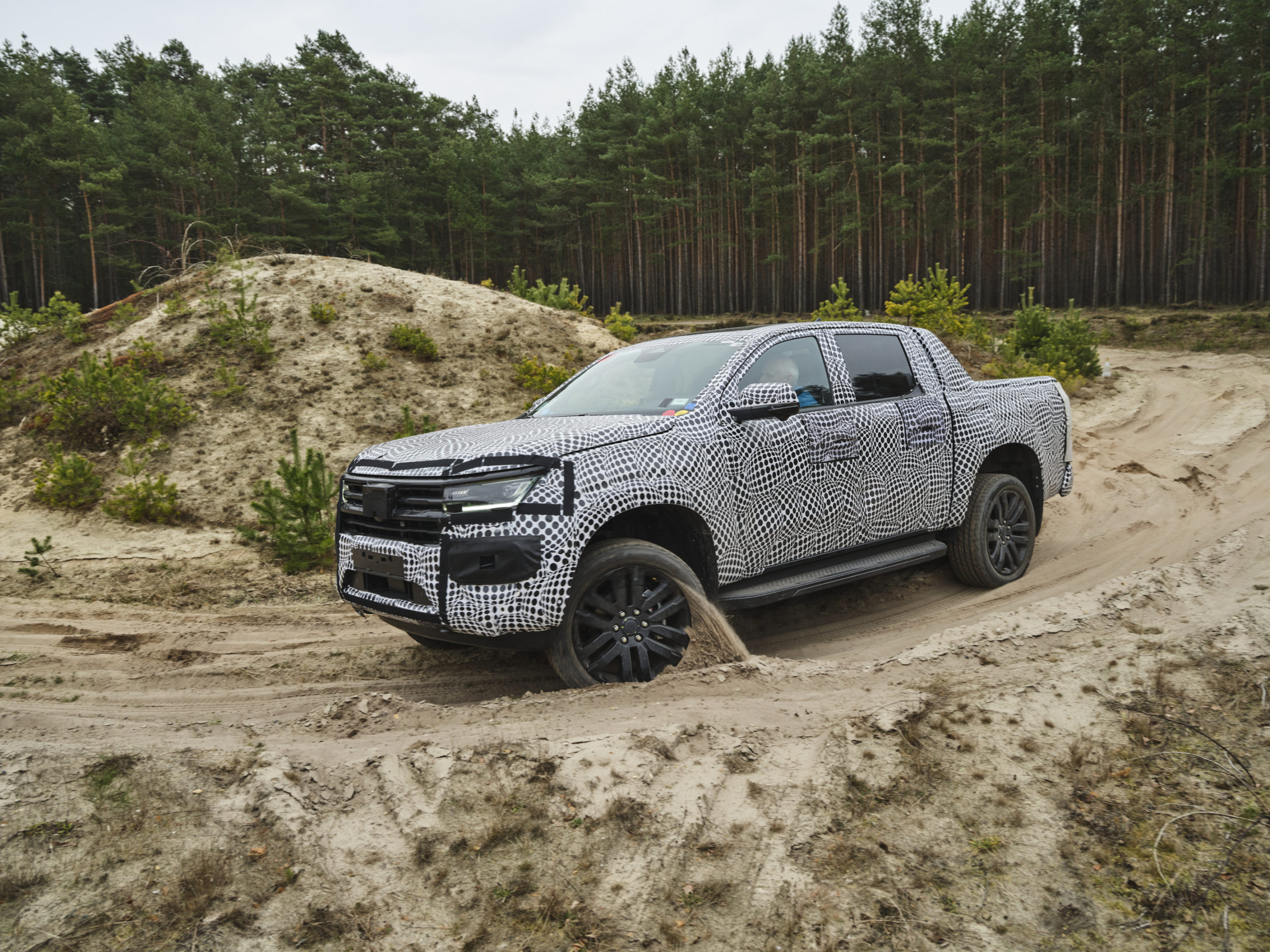 At an event presentation for the new 2023 Volkswagen Amarok, a board member mentioned that the commercial brand is looking into an electric version of the still-to-be unveiled pick-up truck.

Considering the PHEV’s pure electric range as too short, Volkswagen Commercial Vehicle has already begun development on the platform the Amarok shares with Ford’s new Ranger. Rumors say the EV pick-up could be launched as early as 2025.

At the moment, all we know about the new generation of Volkswagen Amarok is that it shared most of its components with the recently unveiled Ford Ranger. This includes the powertrains, ranging from four to six-cylinder engines, including a V6 diesel.

That being said, with Euro 7 regulations looming ever closer every year, a ‘greener’ version would help both brands meet their fleet emissions targets. Rumors already talk of a hybrid Ford Ranger, as the American brand declared that all its commercial vehicles would be ‘zero-emission capable’ by 2024. It is said to use a new powertrain combining a 2.3-liter EcoBoost engine with a ten-speed auto box and an electric motor.

However, Volkswagen seems to take things a step further and opt for a fully electric pick-up, as Lars Krause declared. An electric version also makes sense. Batteries and electric motors could relatively easily fit into the Ranger’s chassis. After all, Ford did it with the F-150 Lightning.

According to Autocar, Volkswagen could launch the fully zero-emission version of the new Amarok as early as 2025. Conventional versions should see the light of day at the end of 2022.