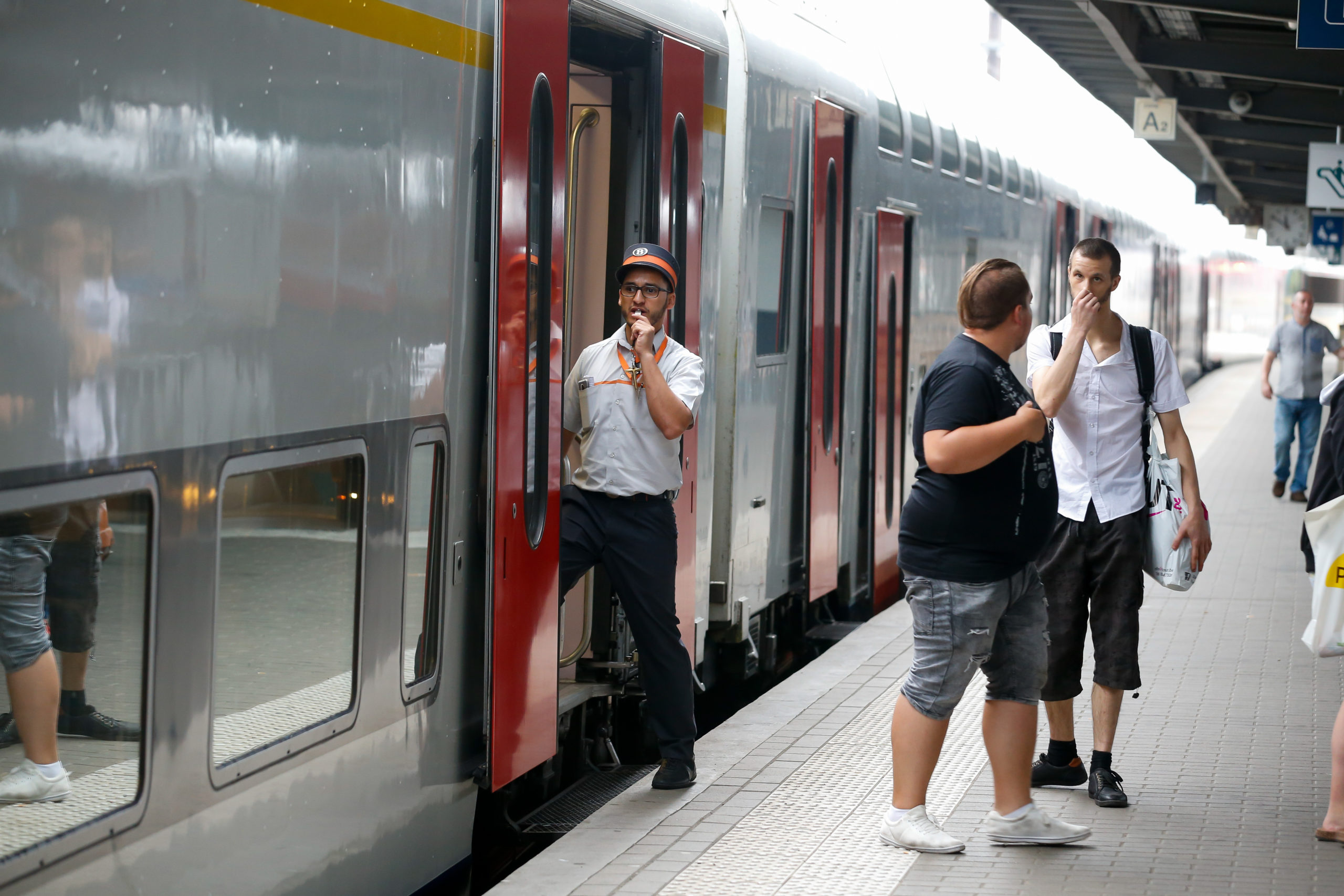 The federal government has approved the future plan for the railway. According to Railway Vision 2040, there should be a train every 15 minutes to major cities in Belgium / Belga

Luring more people and companies on the train, with a connection every 15 minutes around the big cities. These are some of the spearheads of Railway Vision 2040, the plan with which Minister of Mobility Georges Gilkinet (Ecolo) wants to guide the Belgian railway policy for the next 20 years. The Council of Ministers approved it on Friday.

Various environmental and mobility groups have already welcomed the plan. “This is the way forward for citizens, the environment, and the climate”, is their comment.

The federal government explicitly wants to attract more passengers and goods for train transportation. The market share is now 8% for passenger transport which must rise to 15% by 2040. Similarly, the market share of freight transport must climb from 12% to 20% by 2040.

To this end, the railway company wants to consider the needs of the companies that use the track, with a smoother service, more flexibility, improved parking and sort policy, and better planning of the works on the trails.

Minister Gilkinet emphasizes that the customer takes a central role in Railway Vision 2040. The idea is that travellers can count on smooth and reliable transfers, with a maximum choice of train destinations, a train every 30 minutes on the entire railway network and every 15 minutes around major cities, and an integrated timetable.

Accessible stations and trains, an attractive tariff policy that convinces people, and better travel information are further key points of the strategy.

For international travel, the railway competes fiercer with airlines than before, thanks to night coaches and high-speed trains and a railroad service connecting the European capitals, with Brussels as the rail hub at heart.

The train is already a very sustainable means of transport, but Gilkinet still sees room for improvement. The aim is to use 100% green energy and pay much more attention to the environment and biodiversity in the day-to-day running of companies.

The railway companies must set an example by increasing recycling and circularity, sustainable public procurement, and the production of renewable energy.

Gilkinet also wants better train connections to other regional transport solutions. That is why the timetables of the different forms of public transport will be better fine-tuned.

Minister Gilkinet refers to the Railway Vision 2040 plan as a breakthrough in railway history. “For the first time, our rail companies, and all stakeholders, now have a long-term vision and a roadmap to provide the best possible offer to the customer”, says the Deputy Prime Minister.

The ambition is to make rail the backbone of Belgian mobility. The Minister also regards it as a lever to tackle the challenges of climate change, the fight against air pollution and traffic jams, and those of road safety, exploding energy prices (NMBS/SNCB is Belgian’s largest electricity user), and energy independence.

Based on this plan, which also prepares for the liberalization of the Belgian railway network as envisaged by the European Union, the government wants to conclude a new management agreement with the NMBS/SNCB by the end of the year.

“A better and more reliable service will finally put the railways on the map as a full-fledged alternative to cars and trucks in Belgium”, says Jolan Rijmenams, rail transport policy expert at Bond Beter Leefmilieu to the press agency Belga.

Greenpeace calls quality public transport crucial to reducing our dependence on fossil fuels. Passenger organization TreinTramBus is “happy with any decision that supports the train as the backbone of public transport”. The organization also hopes that the federal government will make funds available for the maintenance and modernization of the railways.

Opposition party N-VA thinks that the new plan’s focus is wrong. “The Planning Bureau has just predicted that the number of travellers will fall permanently due to home-working”, says MP Tomas Roggeman. “The Minister is not taking that into account. With falling demand for transport, he wants a greater supply instead of focusing on the under-served busy lines.”

He also calls it irresponsible for the Minister of Mobility to push forward the rail plan without clarity on its costs. Moreover, for the Flemish nationalists, the essential choice for the future is not even being made: preparing the tender for the public service, required by European regulations from 2032 (NMBS/SNCB now has a monopoly until then). “This will be the biggest reform of the railways since the founding of the NMBS/SNCB. But we don’t read a word about it in the Railway Vision 2040.”