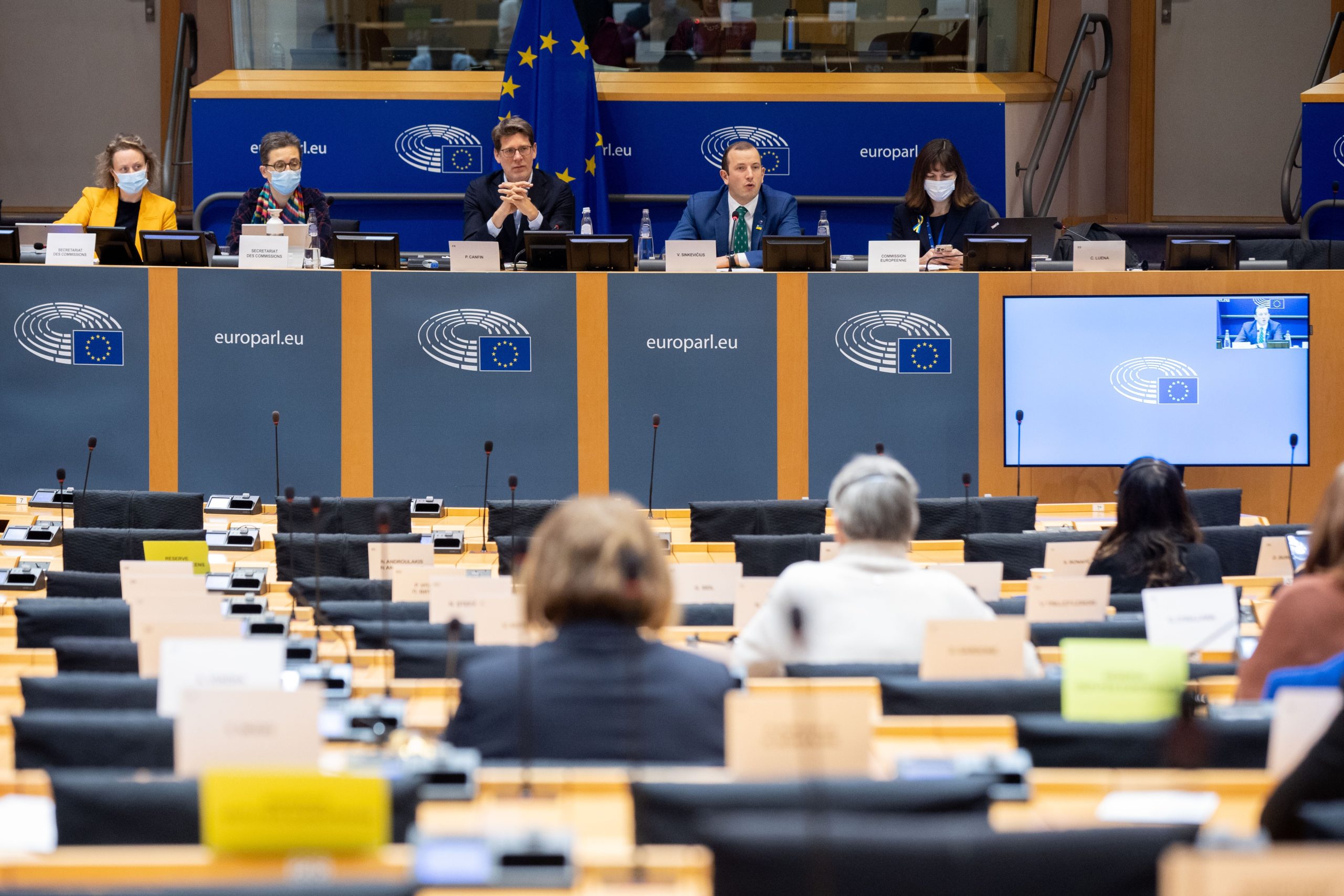 The Environmental Committee of the European Parliament has voted in favor of a sales ban on internal combustion engines for cars and vans as of 2035. The Committee dismissed synthetic fuels as a solution and didn’t adopt new interim CO2 targets for the automotive industry.

The European lawmakers stayed close to the original proposal by the European Commission and fared an in-between course while adopting the ban on sales of combustion engines for cars and LCVs as of 2035 in the EU. While the lobby from the industry attempted to weaken CO2 targets as preliminary steps to the deadline, environmental groups tried to tighten the goals. The Committee stuck to the

Carmakers must cut the greenhouse gas emissions of their fleet by 20% in 2025 compared to the year 2021. In 2030 they must have realized 55%. There was a push to increase the latter to 75% and introduce a new interim target for 2027, but those proposals were voted against by the lawmakers, albeit by a small margin.

The last resort for combustion engines in the EU was the possibility of e-fuels,  a loophole that was rejected. Synthetic fuels like e-methane and e-diesel are made from – preferably – green hydrogen and abated CO2 and can be burnt in a combustion engine. The greenhouse gas capture during production compensates for tailpipe CO2 emissions. Porsche is an investor in electric fuel production, but also Chinese giant Geely runs pilot projects.

Because of the extra cost, lack of efficiency, and pollutants like NOx still being emitted locally at the tailpipe level, several countries opposed the e-fuel solution. With the final rejection, there’s no way back for the combustion engine in Europe.

The European Association of Automotive Suppliers CLEPA criticized the Committee for turning down e-fuels stating that this decision could have “negative side effects on employment, choice and affordable mobility.” According to data by InfluenceMap, an NGO tracking lobbying efforts, Renault, Toyota, and BMW were opposing the proposed climate pack, while Tesla and Volvo were in favor.

However, the Committee also pointed at weak spots, “detailing the need for targeted funding to ensure a just transition in the automotive sector, to mitigate negative employment and other economic impacts.”

Clean mobility NGO Transport & Environment, who called on stricter targets and an additional 2027 checkpoint, says that the currently adopted pathway will slow down EV adoption, with many member states of the EU missing their climate goal.

Alex Keynes, clean vehicles manager at T&E: “The EV boom will falter for the next 10 years unless lawmakers step in with an interim target in 2027 and a more ambitious goal in 2030. Without it, Europe may not sell enough zero-emissions cars to meet its own 2030 goals and those of many EU countries.”

Next in the trajectory is voting the law proposal in the plenary meeting on the 7th and 8th of June.