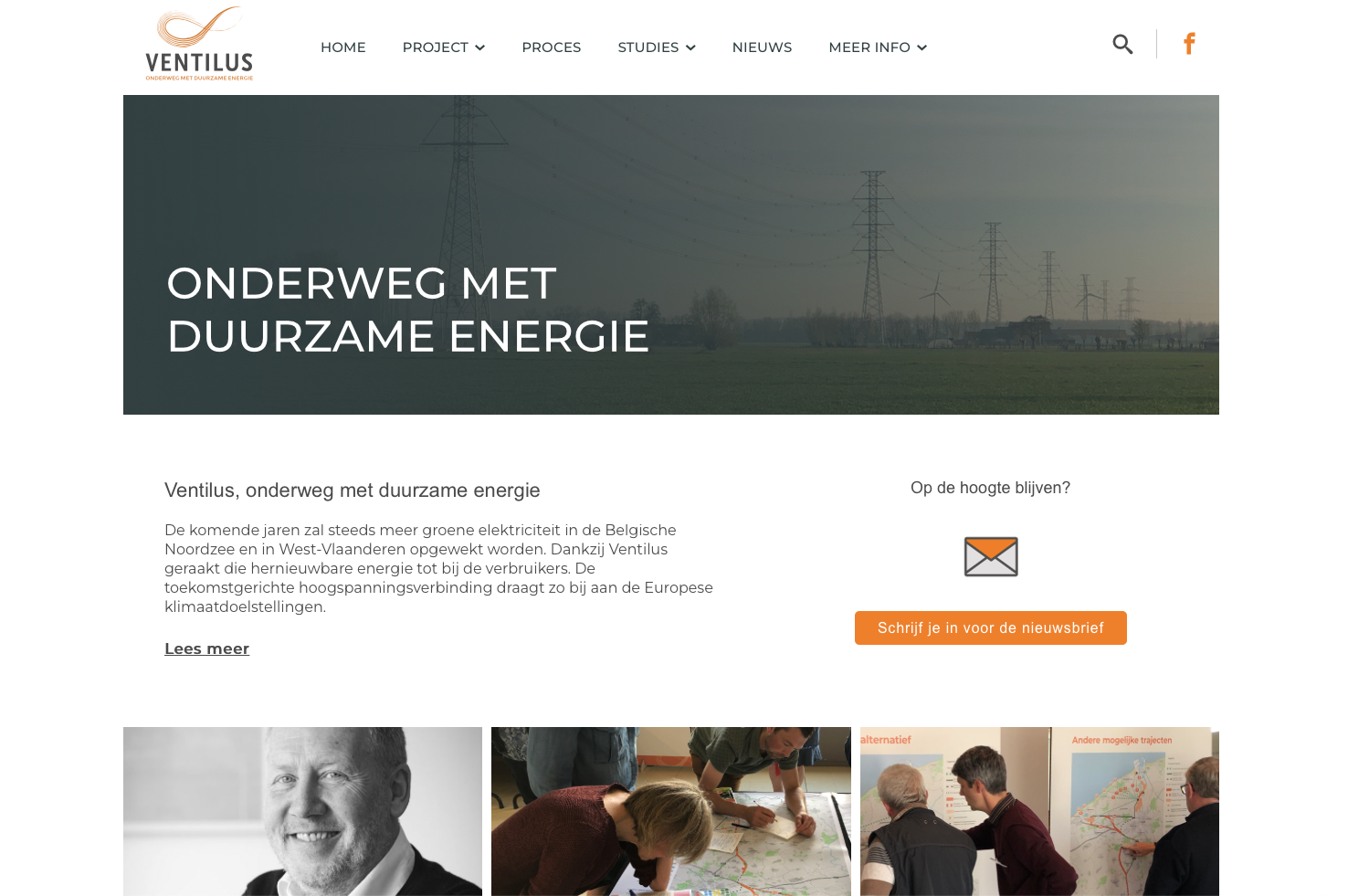 Officially appointed expert Guy Vloebergh reports that the overhead option is the best solution for the much-debated Ventilus line in West-Flanders. Civic groups are thinking of legal action. /Ventilus

In his eagerly awaited report, the intendant appointed by the Belgian government, Guy Vloebergh, concludes that the Ventilus line is best placed above ground.

The high voltage connection, which must bring wind electricity from the North Sea onshore, has been strongly debated. Action groups now threaten with legal procedures, which would stall the project resulting in Belgium missing its climate goals.

DC instead of AC

A small recap: the Ventilus line is a plan for a high voltage connection between Zeebrugge and Avelgem, needed to transport 6 GW of green electricity land inward. The hook is that the line serves a double purpose and must reinforce the provincial grid, which currently has no back-up in case of an incident.

Together with higher cost, that prerequisite makes it unfeasible for grid operator Elia to dig Ventilus in – the route Germany has chosen to bring its wind electricity on land – because those lines run DC instead of AC.

However, the option of an overhead line meets strong opposition by local citizens who have formed action groups. They claim that the magnetic radiation will ruin their health, spoil the landscape and affect the resale value of their property. To resolve the issue, the government appointed an intendant for a deeper investigation. Guy Vloebergh has now presented his findings.

Though he states that the underground option isn’t impossible, his report favors the overhead line, calling it more robust, technically more secure, while faster for transporting the electricity and reaching climate goals. Vloebergh has carefully listed all the pros and cons of the infrastructural options. However, a small portion of 12 kilometers would be guided underground even in the overhead scenario.

Protests are now rising again. Heidi Deleuze, spokesperson for action group Burger Platform 403 reacts: “We are being forced to do something we don’t want to do. Ventilus is needed to land renewable energy, and there is a solution with underground lines. We will never accept that our health will be compromised.” She’s backed by Lieven Vandamme of Begraaf Ventilus. “We are constructive and want to avoid legal proceedings. But if they don’t move a millimeter in our direction, then it’s clear that we have to take other steps.”

The Ventilus line is much needed because the current 3 GW of offshore electricity and the UK provision are now landing on the Stevin line, which serves without backup. The underground cables in Germany, the SüdOstLink, is a supplementary line and not an integral part of the grid.

If the government, which has to decide in the upcoming weeks, decides on a similar path, planning and preparations are reset to zero, meaning that the further build-up of seashore wind parks would be delayed by five years.

Grid operator Elia has never supported the underground scenario, pointing at quadruple cost, with a price tag soaring from €1,6 billion to €6,4 billion. The company has now been summoned by the Minister of Environment, Energy, and Tourism Zuhal Demir (NV-A) to render further explanations on the possibility of a similar approach like in Germany.

Further civic objections seem inevitable in both options because overhead lines demand a corridor where farmland or gardens must cede. Meanwhile, the deadline is nearing fast. Offshore electricity is booming all over Europe.

If Belgium loses too much time, it will not only miss the Fit-for-55 targets put forward by the European Union for 2030, but will be forced to tow the back of the line of suppliers, even further slowing down the activation of the connection.