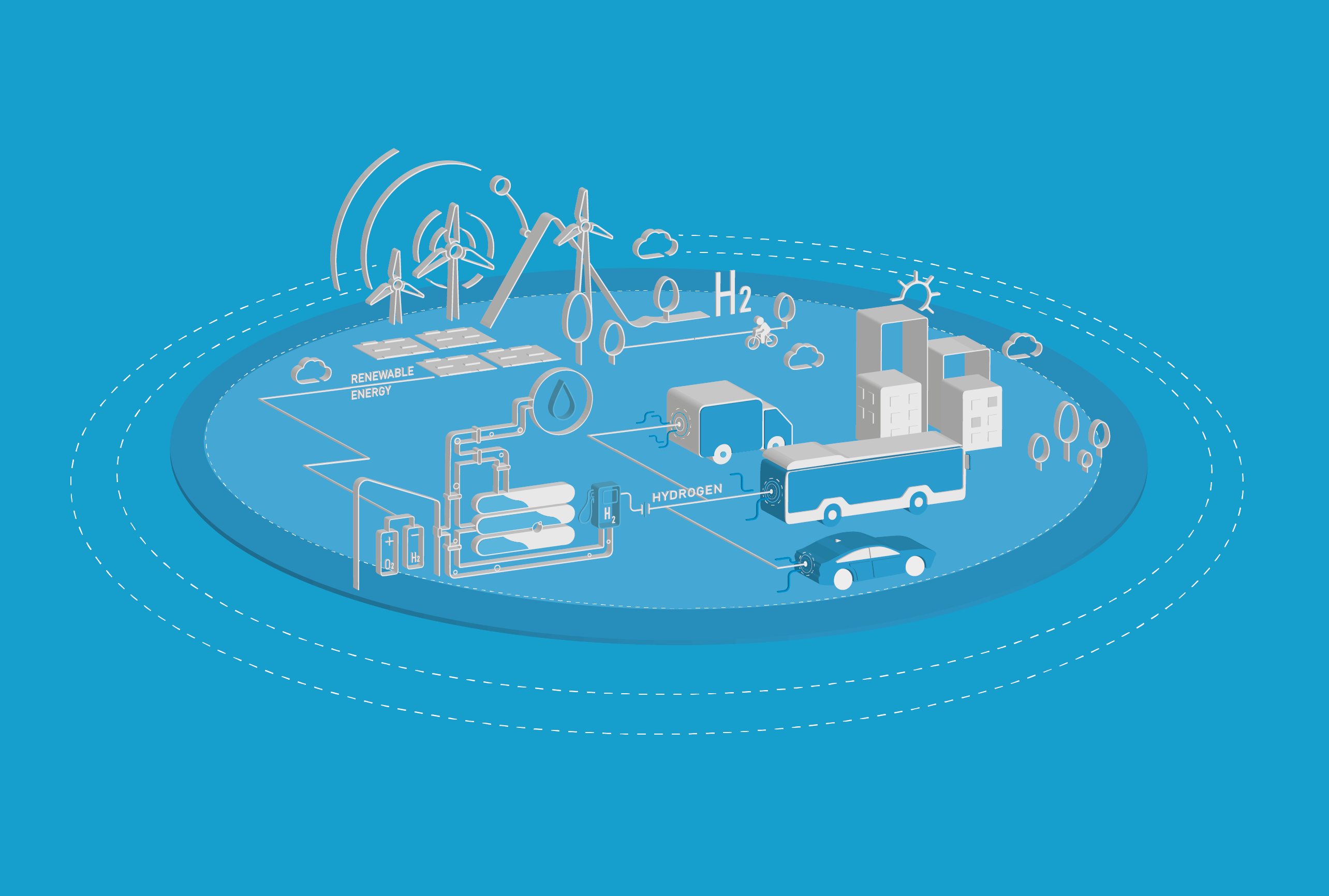 The three partners are set to work together on the development of a whole hydrogen ecosystem, with cars, buses, fuelling stations but also integrated vehicle offerings. /Toyota Motor Europe

Giant Japanese carmaker Toyota has announced a significant partnership with the French world leader in gas and technologies Air Liquide for hydrogen mobility. Together with Portuguese bus manufacturer CaetanoBus, they will act on developing infrastructure and vehicle fleets to accelerate the deployment of hydrogen for both light and heavy vehicles.

“We are uniting our forces to develop hydrogen ecosystems,” says Matt Harrison, President, and CEO of Toyota Motor Europe, in a press release. “Toyota’s role is to bring hydrogen uses to the heart of these ecosystems.”

“Working with our partners, we want to accelerate and intensify the use of hydrogen as a carbon-neutral solution for mobility. This will help progressively reduce hydrogen production and infrastructure costs while refining solutions for many uses, including mobility”, he added.

If Toyota hasn’t been at the forefront of the BEV revolution, it has been leading the development of fuel cell technology in passenger cars since 2015 with the Mirai. Today, the Japanese carmaker is concentrating on buses and light commercial vehicles.

In Europe, its fuel cell will soon equip the Mercedes eCitaro urban bus. Toyota also recently announced it would develop a hydrogen-powered bus with its commercial vehicle subsidiary Hino and partner Izuzu.

With this new partnership, the aim is to go further than simple technology development. Toyota Motor Europe, CaetanoBus, and Air Liquide aim to act across the entire hydrogen for the mobility value chain, from low-carbon or renewable hydrogen production to distribution and refueling infrastructure to the deployment of different vehicle segments. At first, the partnership will focus on buses, light commercial vehicles, and cars.

“As a key solution for reducing CO2 emissions from the transport sector, low-carbon hydrogen will play a decisive role in the energy transition. This partnership illustrates the industry’s commitment to fighting global warming and its ability to provide concrete solutions to achieve this”, adds Air Liquide Vice-President Matthieu Giard.

The three partners will also act on infrastructure and hydrogen stations and integrated vehicle offerings for taxi companies or fleet operators. Integration within a single hydrogen ecosystem is critical for the supply to meet the demand.