Training courses for e-cyclists on the way 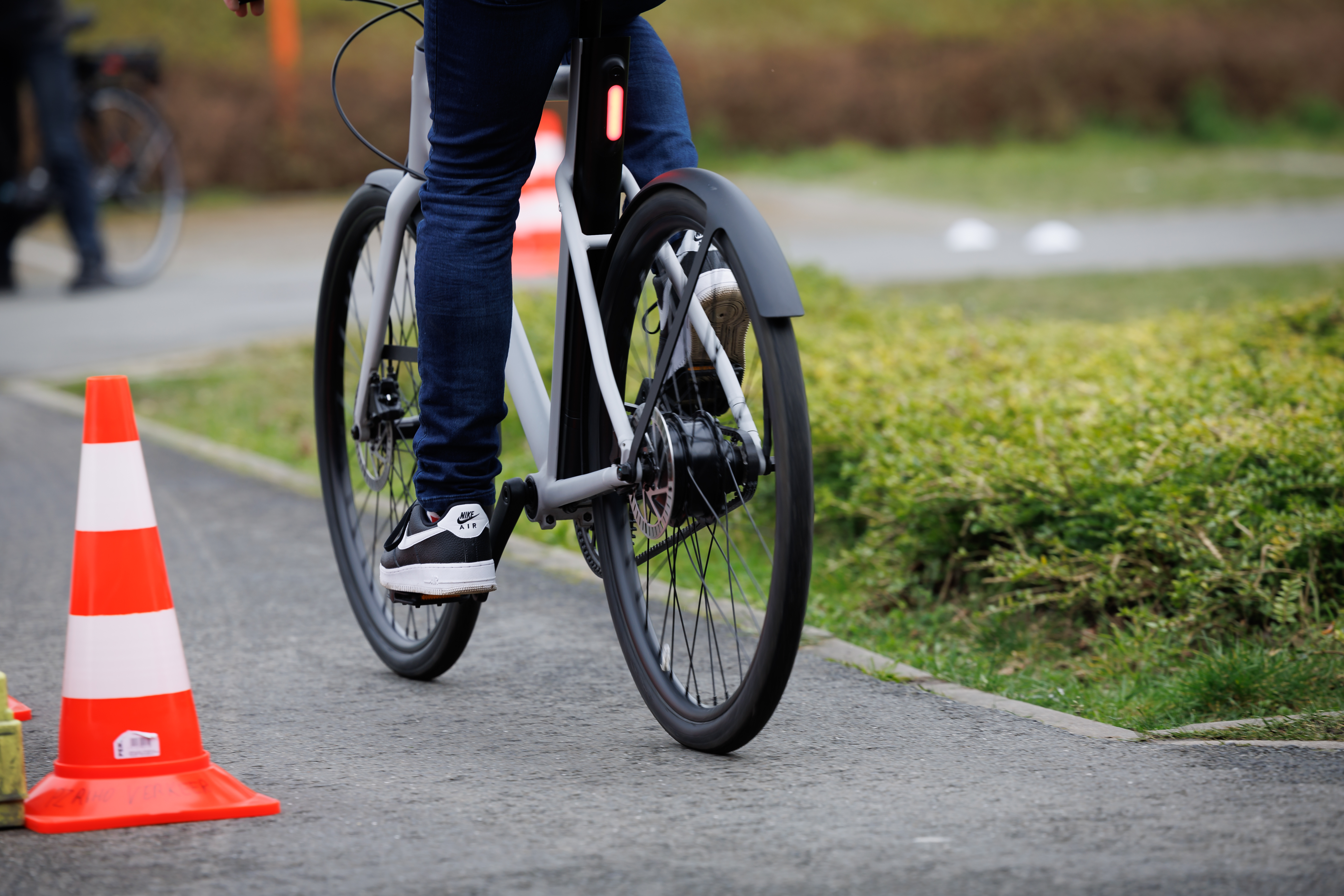 Flemish Minister of Mobility Lydia Peeters (Open VLD) wants to have people who buy an electric bike guided to a training course by the salesperson. The Minister wants to do that to counter the rising accident figures.

One in four of the victims of an injury accident in Flanders in the first three months of 2022 was an electric cyclist, and among the dead, it was almost one in two. Furthermore, eight out of ten of the deceased e-cyclists were over 65.

The traffic accident figures with fatalities are dramatic for Belgium for the first three months of 2022. During that period, 111 people were killed in traffic accidents, 50% more than in the same period last year.

In Flanders, the highest number of injury accidents involving cyclists in the last ten years was recorded: 1 873, and one in four of those victims was an e-cyclist. According to Vias, 20% of Belgians use an e-bike now, and in general, the number of seniors injured in an electric bicycle accident has doubled in recent years.

Peeters, therefore, wants to cooperate with sellers of e-bikes. “The intention is to encourage sellers to refer buyers of electric bikes to training courses to learn how to ride an electric bike safely and make them aware of the dangers associated with electric bikes,” Peeters said.

The first exploratory talks with Mobia, the federation of sellers and renters of vehicles, have already been held. As a result, it was agreed that Mobia would further explore internally how the sellers of bicycles, e-bicycles, and speed pedelecs can commit themselves within their field of activity to several initiatives on road safety and what further cooperation can be achieved.

Flanders also works together with Okra Sport, the association for the over 55s. They provide training to members and non-members, but there are other organizations too, such as Neos, S-Plus, and [email protected]

“If we can reach all of those, then we really reach many people. That is important, among other things, for encouraging people to wear helmets”, said Marius Meremans (N-VA), who questioned the Minister on the matter in Parliament.

More money for the Bicycle Fund

In the same Flemish Parliament, government parties CD&V and N-VA also asked the Minister for more money for the Bicycle Fund. This fund is partly subsidized by the Flemish government and partly by the provinces. Municipalities can use the funds to improve or construct their bicycle infrastructure.

Last year, the budget was increased from 10 to 15 million euros per year. However, various provinces are now sounding the alarm because many projects are coming in from the municipalities. The Province of Antwerp has already written to its local authorities.

CD&V and N-VA now ask the Minister to increase the Bicycle Fund, possibly with resources from the Copenhagen Fund. With this fund, Flanders contributes 1 euro for every 2 euros local authorities invest in bicycle infrastructure on their roads.

It has a budget of 150 million euros. However, that money from Flemish Minister of Home Affairs Bart Somers (Open VLD) will not be allocated until after the summer.

According to Peeters, the Copenhagen Fund must be respected. “If we take money from the Fund now, we will have to say to municipalities later that they are too late.” However, the minister is willing to look at what is left of the Copenhagen Fund in the autumn.

Specifically, in 2022, a whopping 328 million euros will go to bicycle infrastructure in Flanders. In the Parliament, the question was also asked of taking 10 million euros from that pot to get to 25 million euros for the provinces.

The minister was also explicitly asked to leave those funds in one wallet so that she could easily shift budgets and find a solution quickly now and not wait until September and thus lose four months.