Truck share on Belgian roads peaks at an all-time high 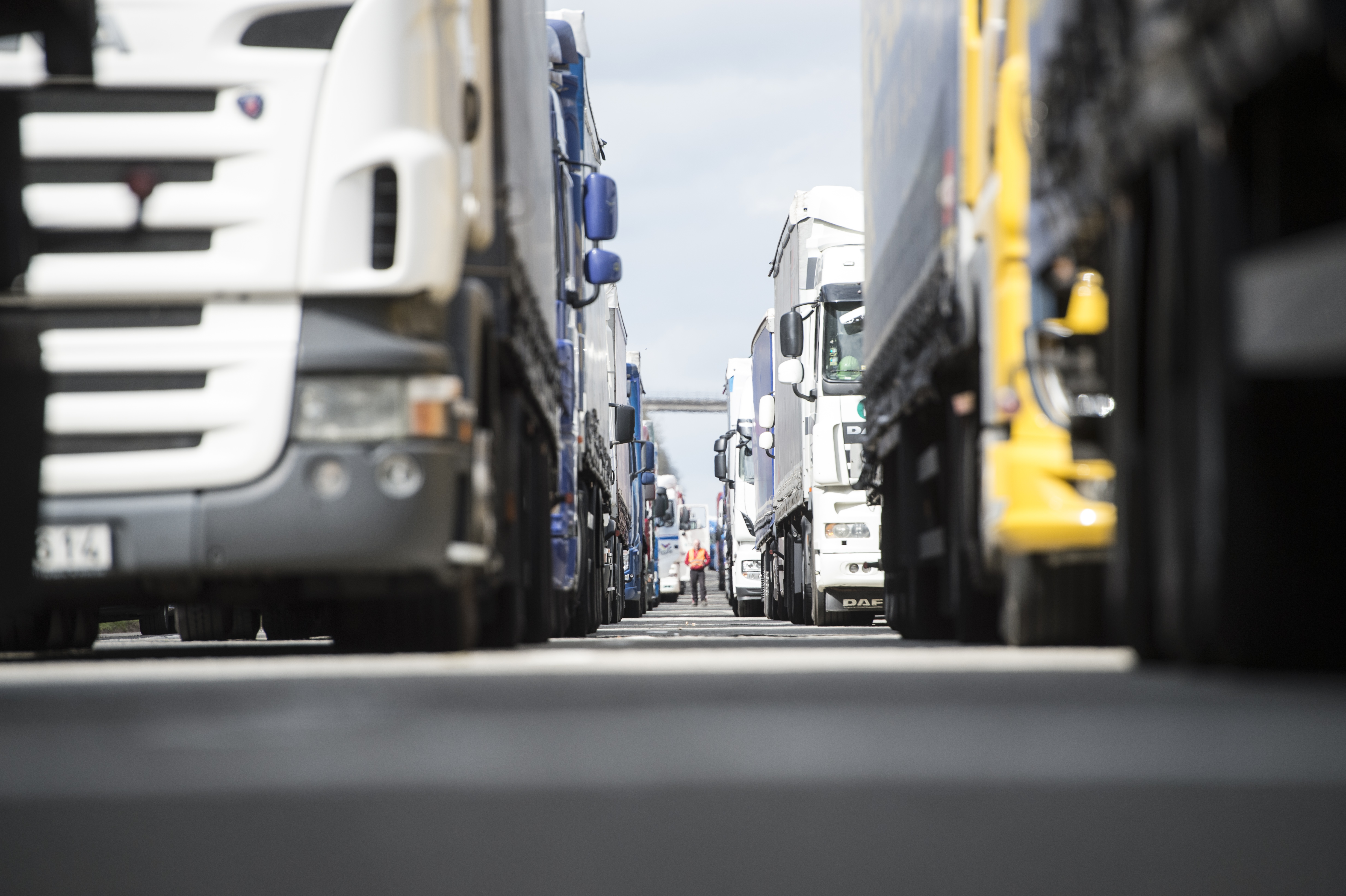 The Belgian kilometer tax for trucks raised €822 million in the past working year. That is a record. The number of trucks on Belgian roads also reached a new record last year / Belga

In 2021, there were 41,1 million trucks, mostly foreign, on Belgium’s roads. Never before has this number been so high. This is evident from the report for its operating year drawn up by Viapass, the organisation that manages the kilometer charge for trucks in Belgium.

Consequently, revenues for the kilometer charge are also peaking: 822 million euros, according to the newspapers Gazet van Antwerpen and Het Nieuwsblad (previously there was talk of 814, million euros, but those figures were not based on the whole operating year).

In its first year of operation, from its introduction in April 2016 until March 2017, the tax brought in 657 million euros. In the operating year from April 2021 to March 2022, the revenue rose to 821 million euros. A quarter more than at the beginning and the highest amount in the six-year history of the tax.

The increase seems to be ramping up. According to Johan Schoups, Administrator General of Viapass, in March of this year 77 million euros in toll revenue was collected – the highest monthly amount ever.

Inflation has nothing to do with it because this year’s indexation only takes place on 1 July at Viapass, as in Brussels. In Wallonia, the rates for the tax were indexed on the 1st of January.

The explanation lies only in the rising number of trucks on the Belgian roads. In the past year, 41,1 million unique trucks drove in Belgium. Six years ago, there were 39 million. Between April 2021 and March 2022, all registered trucks together drove 350 million kilometers more than the previous year.

More than 53% of the kilometer tax was paid by foreigners. Poles and Dutchmen make the biggest contribution, namely 10% of the total revenue from the kilometer charge. Romanians pay 6%, Lithuanians 5%.

Still €21 million to be collected

Since 1 April 2017, trucks have been paying a mileage-based charge for using motorways and certain regional and local roads in Belgium. The proceeds from this tax must be spent on mobility projects.

Trucks that do not abide by the applicable legislation risk a fine. Since the start, a total of 63,8 million euros in Flemish fines have been issued. Almost 21 million euros of this has yet to be received.

63% of the revenue from the Belgian kilometer tax for trucks goes to Flanders, 35% to Wallonia, and 2% to Brussels.

More than 80% of the tax in 2021 came from trucks with Euro 6 standard, the least polluting. Euro 6 trucks must pay less per kilometer than similar trucks of a lower Euro standard, which makes the toll an important catalyst for the greening of the truck fleet, but that process seems now to be stalling.

The increase is so significant, in fact, that Viapass is proposing making the rules stricter in the future, even for electric trucks.