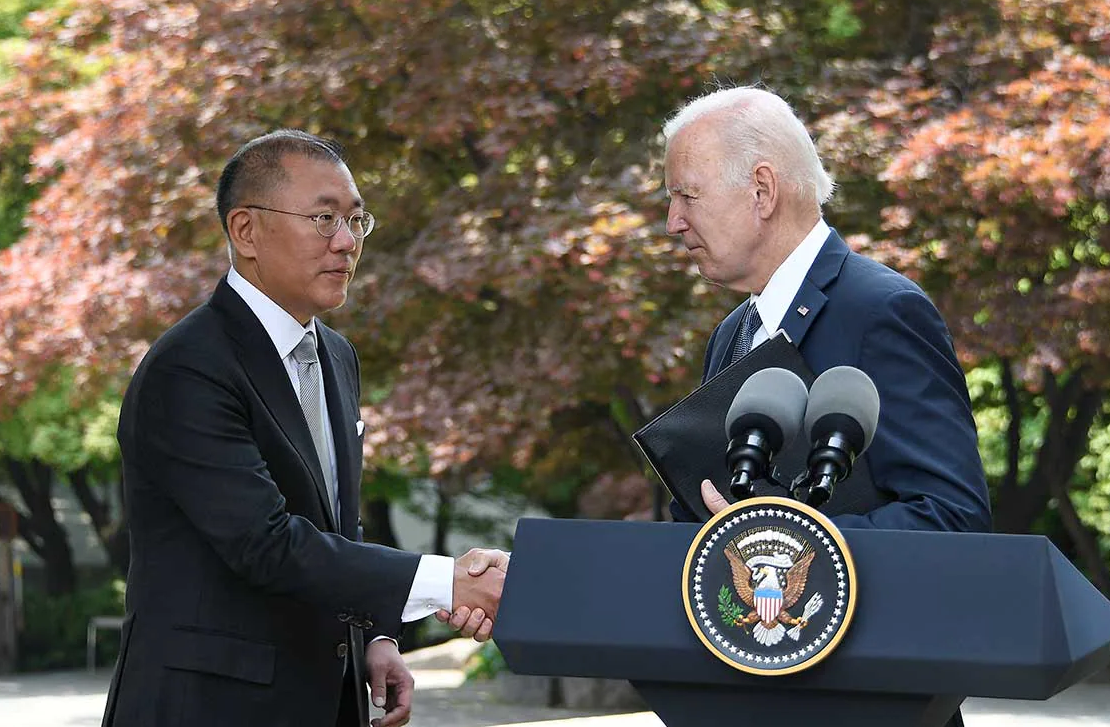 Hyundai’s new plant for EVs and battery production in Georgia is part of a larger investment plan in the US and aligns with Joe Biden’s strategy of transforming his country into the leading manufacturer of EVs./Hyundai

Somewhere in the first half of 2025, Hyundai will start the production of electric models and batteries in a new factory in Georgia, US. The plant must reach an annual output of 300,000 cars. In addition, the South-Korean carmaker is joining forces with another yet unnamed partner for battery manufacturing.

The budget of 5.5 billion dollars injected into the construction of the new facilities is part of a larger investment plan for the US fixed at $ 7,4 billion up to 2025. Hyundai hasn’t announced the models yet to be manufactured at the EV plant in Bryan County. Still, rumor has it that it will start with the production versions of the Hyundai Ioniq 7 and Kia EV9, which share the same architecture. Also, a pick-up from Kia and Genesis models are supposedly foreseen.

Up to half a million

According to sources close to management, Hyundai plans to manufacture a broad range of EVs in its new facilities, up to 6 models. Upgraded with a battery department, the carmaker wants to secure the supply line. While initial capacity is targeted at 300 000, it might be expanded to half a million.

That option must help Hyundai reach its ambition of becoming a top-three provider of EVs in the US and aligns with president Joe Biden’s strategy to turn the US into the leading manufacturer in EV production.

Georgia, a leader in EV

Kia is already present with a factory in the state of Georgia. According to an official statement, Hyundai chose the state because of the “speed-to-market, talented workforce and existing network.” In addition, the site will be close to the port of Savannah, facilitating logistics.

The state of Georgia is also a leader in terms of EV registrations per 1,000 cars and charging points per capita. Hyundai has set a goal of selling 3,2 million battery-powered vehicles by the end of the decade, or 7% of the global market. Half of its sales in the US are set to be zero-emission.