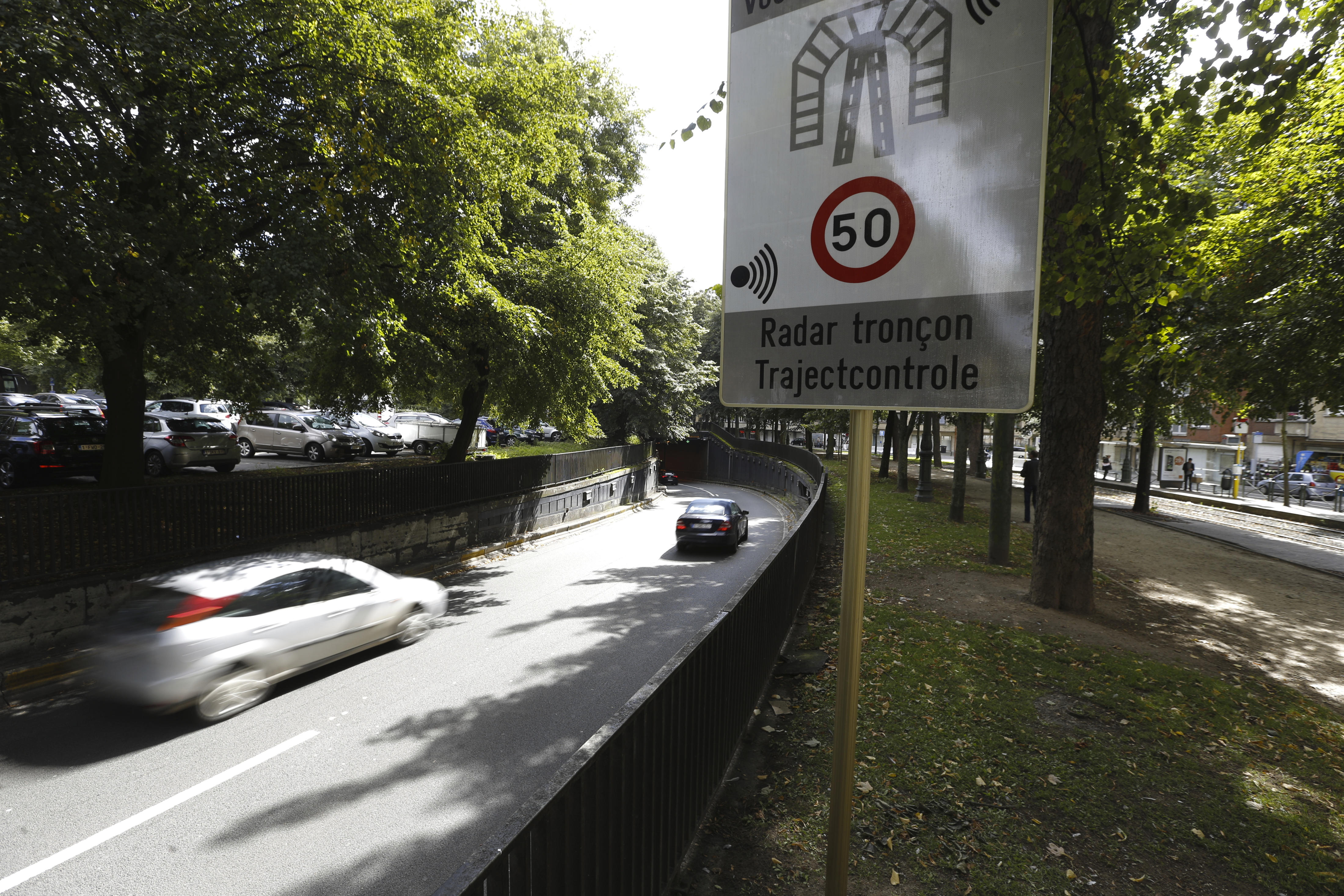 Due to the increased chance of being caught thanks to cameras, Vias is advocating the introduction of a driving license with points / Belga

Road safety institute Vias advocates the rapid introduction of a driving license based on points to which measures and judicial sanctions are automatically linked up to a certain level.

This is stated in a study commissioned by Federal Minister of Mobility Georges Gilkinet (Ecolo), and for which a comparison was made with the practices of six other European countries.

According to Vias, Belgium is lagging behind compared to other countries when it comes to following up and punishing so-called light traffic offenses.

These are offenses for which the driver does not have to appear directly in court, such as minor traffic offenses, driving under the influence with an alcohol content of between 0,5 and 0,8%, using a mobile phone behind the wheel, or driving without a seat belt.

“These are all offenses usually dealt with by a fine, without considering previous convictions,” says Vias. “The link between repeat offenses and increased accident involvement has been demonstrated several times. It is, therefore, necessary to systematically follow up repeated offenses.”

At the same time, Belgium has more road deaths than the European average (56 versus 51 deaths per million inhabitants). And while traffic mortality has almost halved in 15 years, Belgium is slipping further down the European rankings and has gone from 17th place in 2005 to 20th in 2019.

That is why the institute systematically favors a driving license with points to follow up on minor offenses. It does, however, advocate linking automatic measures to the system only up to a certain point, such as rehabilitation measures, the forfeiture of the right to drive, or an evaluation of fitness to drive.

For Vias, a combined system thus offers many possibilities, both provisional warnings, and educational measures, before moving on to more severe sanctions. A similar hybrid approach already exists in Britain.

In 2018, the institute still concluded that it was not appropriate to introduce the system immediately because the chance of being caught in Belgium was too low. However, then-Minister of Mobility François Bellot (MR) seized on that study to dismiss a possible points-based driving license.

Vias now points out that since 2018, the probability of being caught has increased in Belgium (e.g., with speed cameras). The cost of implementation should also be lower than estimated before, thanks to creating a central database of offenses.

Georges Gilkinet, current Federal Minister of Mobility, says the challenge of improving road safety is an absolute priority. “We are working on this with the whole government because Belgium is one of the few countries in Europe that does not yet have a driving license with points.

Of course, the Vias study on this subject will be considered in our deliberations”, concludes the Minister. The points-based driving license is also included in the federal coalition agreement.

Mobility and driver association Touring says it is in favor of a driving license with points if it’s balanced enough. “The fundamental condition to have a points-based license lies in the fact that everyone must have the possibility to appeal,” says Touring spokesman Lorenzo Stefani. So, Touring is no fan of a completely automated system.

“We need a coherent system here, the primary objective is to control recidivists, to improve road safety,” Stefani concludes. He underlines the importance of having the support of the public. “We need a hybrid system that is capable of judging the specific conditions of a traffic offense.”

The association of insurance companies Assuralia is happy with the proposal. “We are always in favor of measures that improve road security and incite car users to be prudent,” they say in a reaction. “A measure like this would be complementary with all the campaigns of sensibilization we are supporting for years now.”