12 bikes stolen every day in Brussels 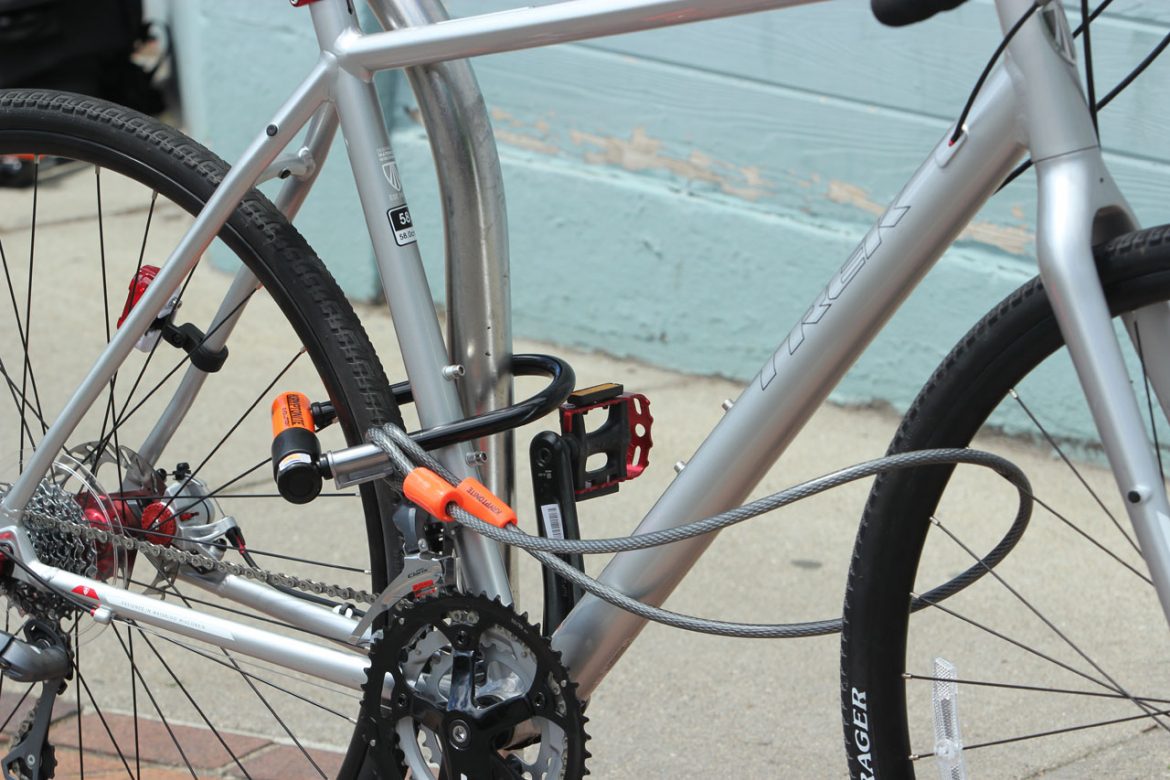 No matter how well you secure your bike, in Brussels bikes remain a sought-after item for thieves / site Thuft

While bicycle thefts are declining or seem to have reached certain stability throughout Belgium, they are rising in Brussels. Even despite the lockdowns due to the corona pandemic. Between 2016 and 2020, incidents rose from 3 291 to 4505.

Although this is a slight decrease compared to the figures of 2019 with 4 931 reported bicycle thefts in the Brussels region, this was an increase of 15% compared to 2018.

This amounts to an average of 12 stolen bicycles a day in Brussels. This is evident from statistics from Annelies Verlinden, Minister of the Interior (CD&V).

In 2020, 24 592 bicycle thefts were registered in Belgium, or an average of 67 per day. To be clear: this figure is based on the number of bicycle thefts reported. According to figures from the Minister of Justice, an estimated 230 bicycles are stolen every day in Belgium, the majority remaining muted.

No decline in Brussels

But in Brussels, the trend is inverted. The Brussels Capital Ixelles/Elsene police zone receives 4 to 5 reports of bicycle theft per day. However, it estimates that the actual number is between 10 and 15 daily bicycle thefts in its zone.

“One of the causes of this increase is the growing number of cyclists”, analyses Aurélie Willems, Secretary-General of Gracq, the research and action group for daily cyclists. Official measurements also confirm this increase. The counting posts on different axes registered in March and April 2022 each 30% more cyclists than in 2021. Also in 2021, there was an apparent growth compared to 2020; according to the Bicycle Observatory, this is 10,5%.

Willems adds: “But there is another aspect to consider: in Brussels, the police encourage victims to file a complaint.”

From U-lock to GPS tracker

Cyclists can take precautionary measures to avoid theft. It is recommended to use U-shaped locks and a second lock. The “ART” label, awarded to the most resistant locks, helps make the right choice. You can also have your national registration number engraved on the bicycle’s frame.

Another effective solution is of course, to place a GPS tracker. The system is still mainly on e-bikes; because it requires a fair amount of power. But it is expected that ordinary bicycles can also be tracked in the future.

More and more cyclists in Brussels are investing in bicycle theft prevention. According to the statistics, in 2021 86% of the bikes in Brussels had an anti-theft lock that offered sufficient security (an increase of 7% compared to 2020).

At the same time, the number of cyclists who register their stolen bike on mybike.brussels remains limited to 5%. This database allows you to register your bike but also to report it when it is stolen.

The Cyclists’ Union explicitly advises this method because the central register helps to identify stolen bicycles. Furthermore, the database can curb the resale tactics making it possible for a buyer to find out the status of a second-hand bike sold on the internet.

Moreover, today the different Belgian authorities are working together on a central register inspired by the Brussels example. A measure of this type is planned in the Minister of Mobility Georges Gilkinets (Ecolo) cycling plan.

Brussels Minister of Mobility Elke Van den Brandt (Groen) wants to fight bicycle theft in the capital with a new action plan. Secure bicycle racks, more officers on bicycles, and ‘bait bikes’ are part of the plan and should help triple the number of cyclists in Brussels by 2030.