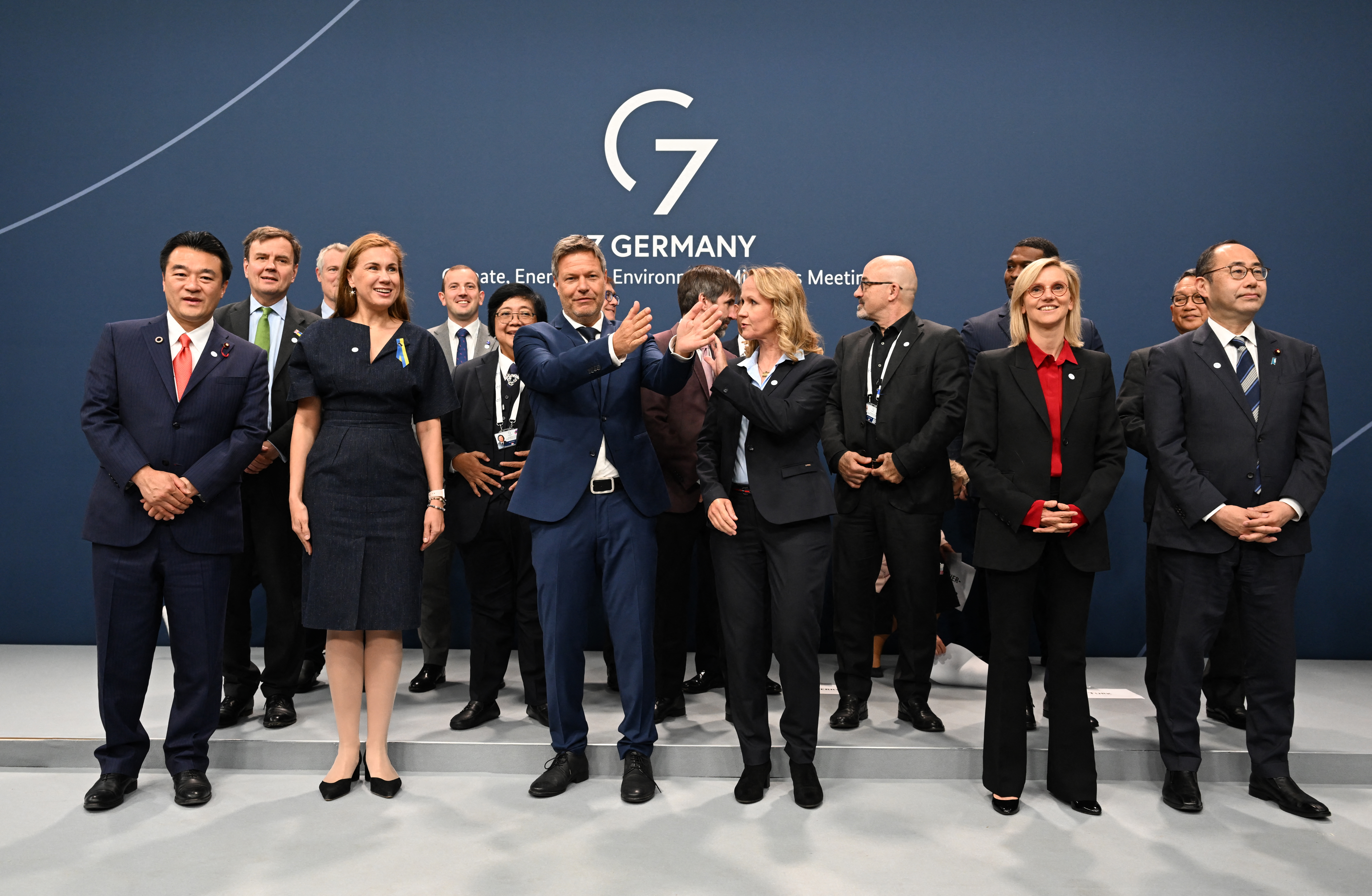 Analysts call it a big step that the G7 agreed on a clean electricity grid by 2035. The forum also agreed to stop financing unabated fossil electricity production as of this year. /AFP

The G7, the international group of the seven largest advanced economies, have agreed on their energy meeting to “predominantly decarbonized electricity sectors by 2035”. The group concluded that “to this end, we will rapidly scale up the necessary technologies and policies for the clean energy transition.”

The G7 consists of the United States, Canada, France, Germany, Italy, Japan and the UK. The group promised to end public financing of unabated fossil fuels this year, pointing at the Ukrainian war as an accelerator for the fossil phase-out. Unabated means that no emission capture technology is used during production.

Analysts regard the decision for a clean grid with a precise deadline a big step forward. This is especially the case for Japan, which still relies on coal plants for a third of its electricity production. Also in the US, more than 20% of the production is provided by coal, but the Biden administration has set a target for carbon-free electricity by 2030.

That’s also the turning point where most of the involved countries aim for to reach at least 50% electric cars in the sales mix. Running these fleets on carbon-free electricity accounts for a strong gain in greenhouse gas emissions coming from EV mobility. Without clean electricity the advantages can be rather marginal, as was demonstrated most recently by a new survey by Green NCAP.

The 2022 G7 meetings are conducted under the Presidency of Germany, which drove the net-zero transition as a top priority on the agenda. The goal of reaching decarbonized electricity grid by 2035 was outlined by the International Energy Agency in October last year and it is mainly this report the G7 Ministers committed to.

This report provides recommendations regarding the suitable policies and financing mechanisms on the pathway to net-zero industry production.