Tesla wants to expand the Gigafactory in Berlin 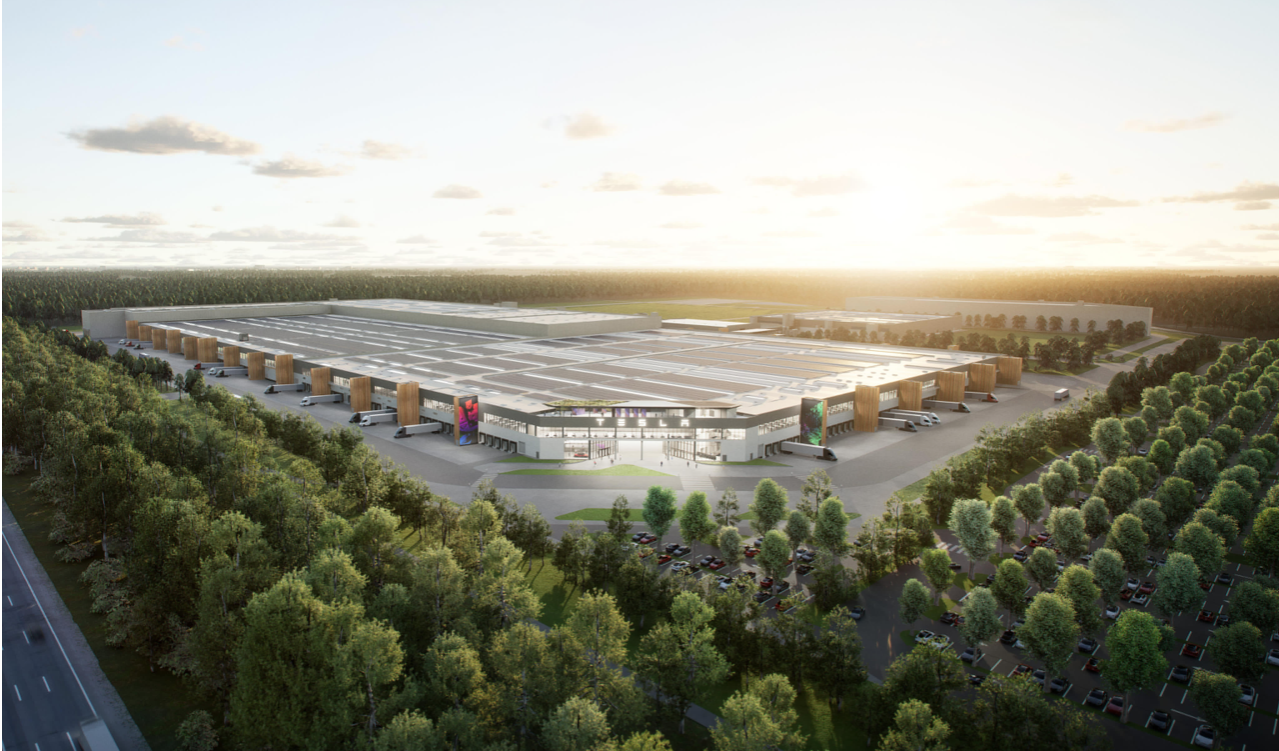 Tesla wants to buy an additional 100 hectares for logistics, the construction of a goods station and a parking lot. /Tesla

Arne Christiani, mayor of Grünheide, has confirmed that Tesla has applied for an expansion of the Gigafactory. The newly developed area must provide the factory with logistics space, parking and a goods station. The expansion covers 100 hectares, but the mayor assumes that the permission will be granted.

Tesla’s expansion plans are not new. In its possession are reserves to buy more than 300 hectares in the immediate surroundings of the Berling Gigafactory. Now it seems it wants to exercise a part of that priority right. The most significant share of the land Tesla is planning to buy belongs to the State of Brandenburg, which is reportedly not opposed to selling.

The goods station would play a central role in the expansion plans. The electric carmaker already announced that it wants to build its supply and export chain around a railway system.

However, the municipal representatives have to alter the development plans for the region. The mayor expects that most of these representatives will agree to start up a development plan procedure. The timing could stretch over one year. The Grünheide factory started production in March 2022. Currently, with the plant in a runner-up phase, only versions of the Model Y are manufactured. The plans for the plant received strong opposition from environmentalists, but they haven’t commented yet on Tesla’s youngest application.

Back and forth in India

As for worldwide expansion, Tesla is still balancing back and forth on constructing a new factory in India. The government of prime minister Narendra Modi urges a regional production site because it wants to block imports from China. But Tesla holds its foot down on the specific approach. Asked for a comment on the situation, CEO of Tesla Elon Musk tweeted that Tesla doesn’t build cars where it doesn’t sell and maintains them.

Practically, Tesla wants the government to lower taxes to make imports feasible and help the carmaker explore the market first before committing to the construction of a factory.