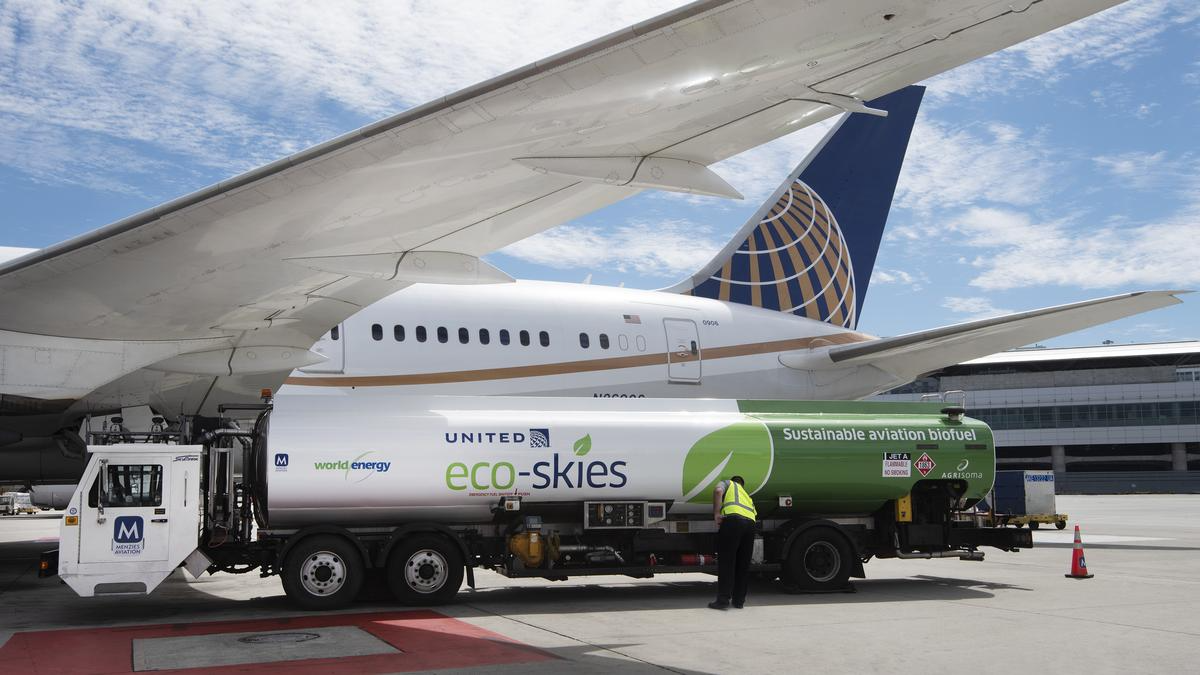 In the same way as taking an extra piece of luggage, the traveller will now be able to take a “climate” option in the Brussels Airlines ticket / United Airlines

Anyone flying with Brussels Airlines can now choose with one click to compensate for the CO2 emissions of the flight. The option is now integrated into the booking process, the airline announced.

The CO2 compensation system already exists at Brussels Airlines, but until now, it was rather time-consuming: the traveler had to click through to another website and so on. However, since last Thursday, it has been part of the booking process, just like the possibility of taking extra baggage, for example.

With one click, the passenger can now choose to neutralize the CO2 emissions of the flights by using sustainable fuel (Sustainable Aviation Fuel or SAF), certified climate protection projects, or a mix of both.

According to Brussels Airlines, the difference is already noticeable after a few days. With the previous system, less than 1% of the passengers chose CO2 compensation, while during the first days of the new way of working this had already climbed to 7% of the passengers.

Compensations up to several hundreds of euros

Anyone choosing the SAF option will pay for a single flight, for example, between Brussels and Frankfurt at a fare of 158 euros, 36 euros to compensate. For a return flight to Kinshasa from Brussels, which costs 1 319 euros, passengers can add 155 euros if they offset their flights with 80% climate projects and 20% SAF.

Brussels Airlines does not allow 100% compensation in SAF for long-haul flights because, apparently, the extra cost would be too high for the customer.

But how realistic is, for example, the measure to choose as a passenger to offset the CO2 emissions of their flights by purchasing a set amount of sustainable fuel? Is it ecological marketing, or even pure greenwashing, or does it really compensate?

If the passenger chooses to buy SAF, the passenger, in fact, buys sustainable fuel, not for the journey they are making but for a flight made within six months by one of the companies in the Lufthansa group of which Brussels Airlines is a subsidiary.

Unfortunately, for Brussels, the whole system is not yet entirely in place due to the lack of infrastructure. In practical terms, Brussels Airlines does not yet fly with SAF, but could benefit from it as soon as Brussels Airport has the proper facilities, explains spokesperson Kim Daenen to the newspaper la Libre Belgique. This will hopefully be the case next year.

Anyhow, a company set up by Lufthansa called Compensaid verifies that this money is used to buy SAF.

SAF is part of the solution

Aviation is considered one of the major polluters, and it is expected that CO 2 emissions by aviation traffic will grow 38% from 2019 to 2050.

But airlines still buy fossil jet fuel tax-free, and the majority of Europeʼs aviation emissions are exempted from the EUʼs increasingly effective carbon pricing mechanism. So apart from new zero-emission jets, SAF fuels, like e-kerosene, produced from green hydrogen or from agricultural waste and used cooking oil, are also part of the solution.

But production levels are still too low and cost too high, although these fuels can reduce CO2 emissions by up to 85% compared to conventional aviation fuel over its entire life cycle.

To date, commercial flights are only allowed with a maximum of 50% SAF in paraffin. This fuel costs almost five times the price of conventional fuel. In 2019, SAF will not even account for 0,1% of the 300 million tonnes of paraffin consumed by commercial airlines.

According to the newspaper L’Echo, Lufthansa has promised to buy 250 million euros worth of SAF over three years. “Lufthansa is the biggest buyer of SAF in Europe,” Daenen insists. The company estimates that a 5% blending rate will be achievable by 2030 in Europe.