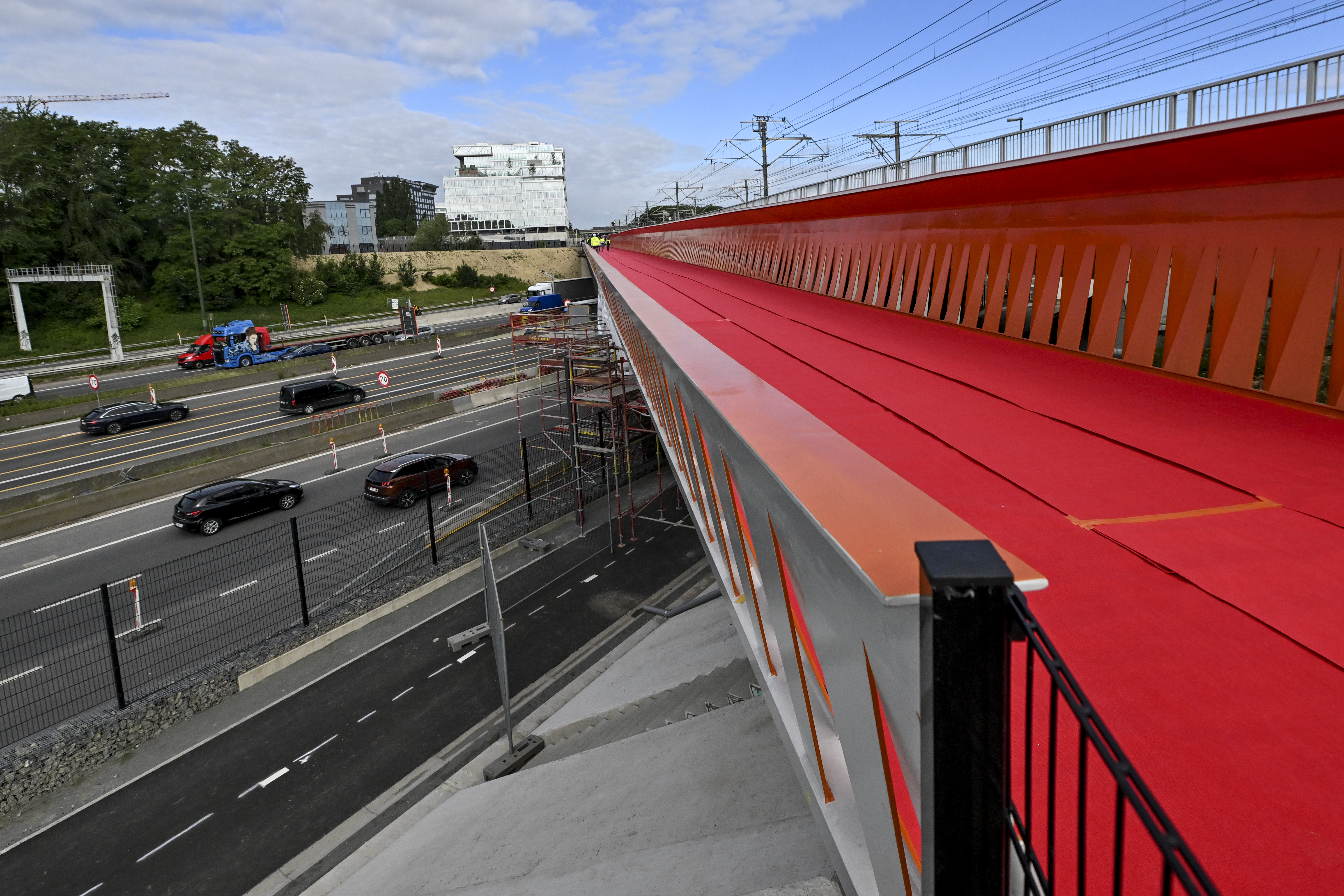 The first bicycle and pedestrian bridge over the Ring around Brussels, in Machelen is now officially open / Belga

The first bridge over the Brussels Ring Road is ready for use. The bridge, located near the Diegem train station, follows the railway line between Leuven and Brussels and connects to the F3 cycling highway.

This new cycling infrastructure with increased safety should prevent cyclists from having to make a detour across the Brussels Ring Road via another bridge, which would have meant an extra 3,5 to 4 km.

The 5-meter-wide bridge, some parts of which weigh up to 80 tonnes, is also accessible to pedestrians. At the same time branches of the F3 have been realized to the nearby Keiberg-Kouterveld industrial estate and to Diegem station. This should motivate commuters who come to work by car to use their bicycles more often.