All-new Lexus RX gets a plug, but don’t think BEV 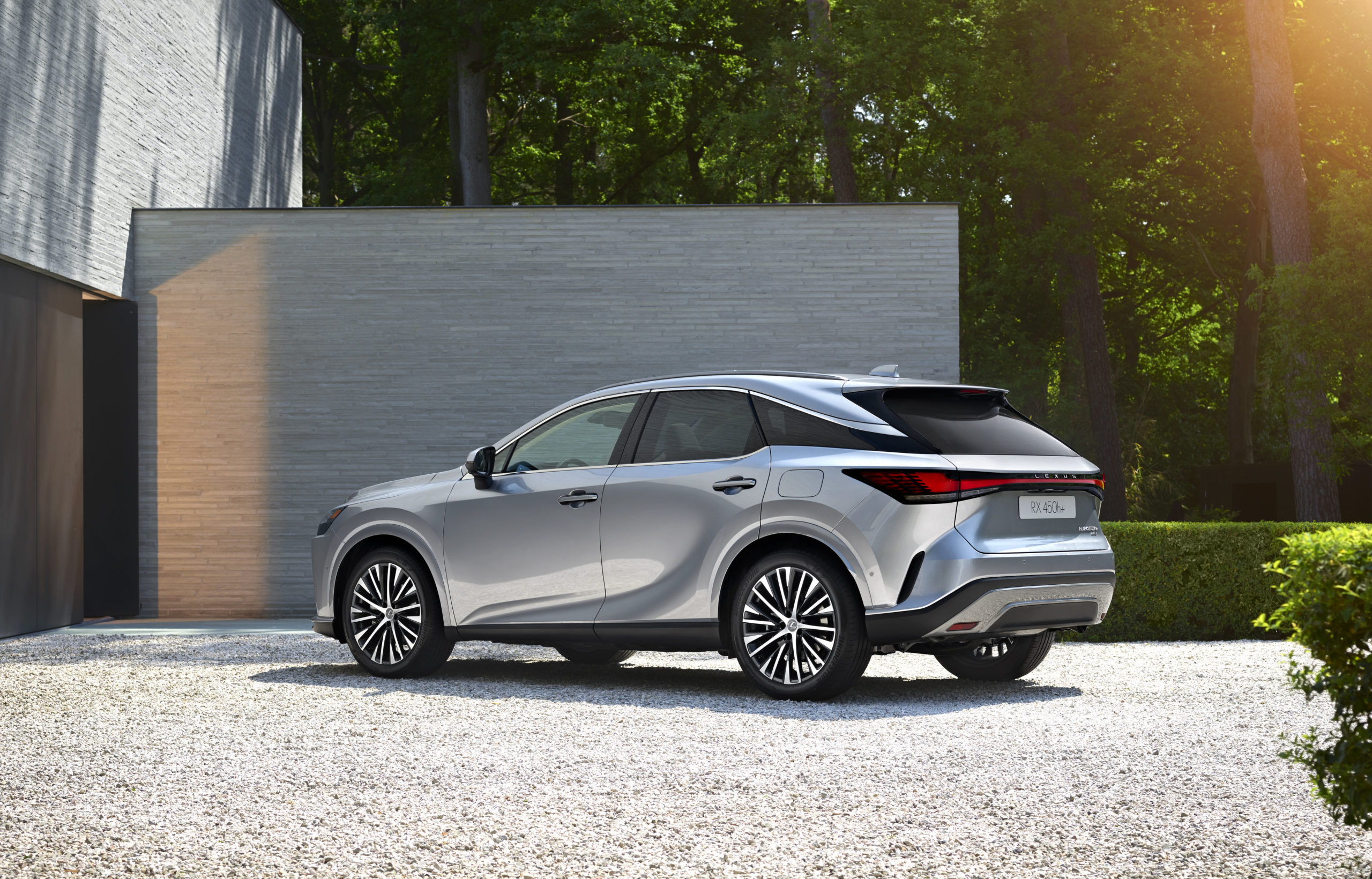 The fourth generation of the Lexus RX shares its platform with the smaller NX, adopting much of its technology like a plug-in hybrid drivetrain. /Lexus

Lexus took the wraps from its completely redesigned RX, the fifth generation successor of one of the very first SUVs in Europe. The car finally offers a plug-in hybrid version, puts dynamism at the forefront, and introduces a turbo version.

Some sacred shrines are scattered to pieces by Lexus. While the Japanese, living in strongly urbanized areas, always favored the efficiency of their hybrid powertrain over plug-in technology, the wind has changed. After the NX, the bigger RX also gets a socket on its left front wheel arch.

And another thing, the top version 500h serves its kicks of 371 hp and an acceleration of 0-100 km/h in 5.7 seconds from a four-cylinder, boosted by a turbo. That is unusual for the luxury brand, which previously vowed to naturally aspirated petrol engines for its performance and larger-sized models. With the top liner version relying on turbo technology, there are no six cylinders joining the range anymore. A revealing goodbye.

The steep diving roofline and coupé inspired styling of the new RX to disclose a stronger accent on sportiness. A stiffer bodywork is supplemented with a cockpit evoking a ‘hands on the wheel, eyes on the road’ approach, while the 500h comes equipped with a clever four-wheel-drive system DIRECT4, allowing for more agility in bends by torque vectoring and the aid of four-wheel steering.

Apart from the performance version, the entry-level model is still a ‘self-charging’ hybrid dubbed 350h with two electric motors and four-wheel drive as standard. It promises a consumption of 6.4-6.7 liters per 100 km returning CO2 emissions between 143-150 g/km.

However, the same 2.5 liter aided by a bigger battery of 18.1kWh in the PHEV model 450h+ helps significantly improve those figures, with CO2 emissions dropping to 24-26 g/km and consumption to 1,1-1,2 l/100 km. All-electric range is projected at 65 kilometers and a zero-emission top speed of 135 km/h remains possible. Needless to say that Lexus expects the majority of its sales turnover to come from this plug-in hybrid.

The big SUV now sits on the same GA-K platform as its smaller brother, the NX. The length of the car, as well as its cargo volume, remained status quo, but nevertheless, the wheelbase has grown by 6 centimeters due to shorter overhangs. The seven-seater version, called L, from the previous generation hasn’t been retained. Switching to the new platform has resulted in a weight reduction of 90 kilograms.

Lexus has also invested in better infotainment, introducing the larger 14-inch version of its touch screen for the NX as a standard feature here. Though basic settings, like airconditioning, can be adjusted on the touch screen, the Japanese luxury brand hasn’t abandoned the regular buttons. In ecological fashion, animal-free leather upholstery is on the order list. 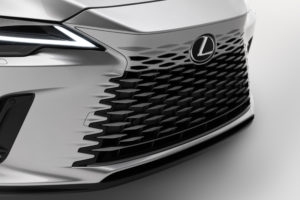 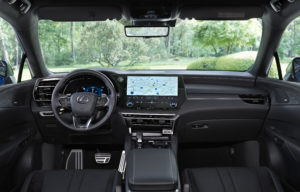 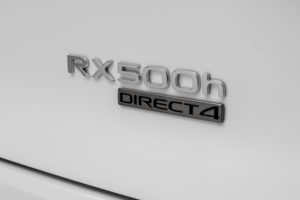 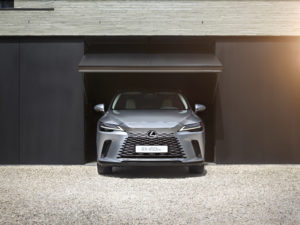