Can you cope 30 days without your own car? 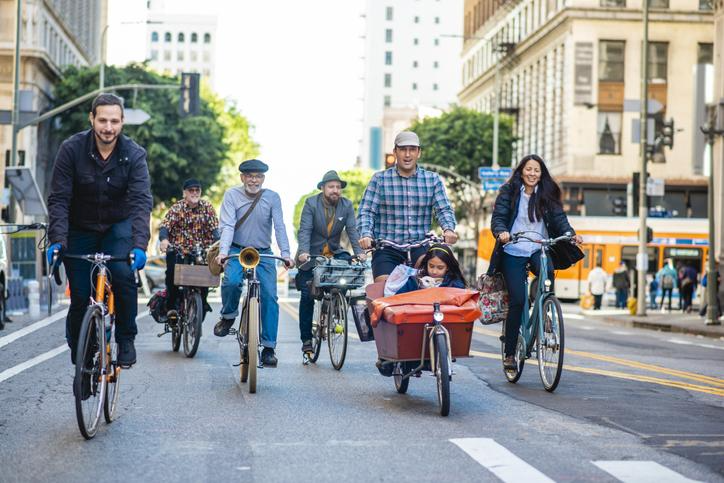 Not using your own car during the entire month of June, can you do it? This is the challenge that Prof. Cathy Macharis, head of the VUB research group Mobilise, is proposing to all of us as the ambassador of the ’30 Days Les Car’ campaign.

A month without a car means more adventure and better health. And with fuel prices rising to historical peaks, it’s also not a bad time to give your car a break.

With the campaign, Netwerk Duurzame Mobiliteit (Sustainable Mobility Network) hopes to encourage people to break their habits so that they start realizing that they can cope without a car for most of their journeys.

Cities and municipalities are also supportive of the initiative. The city of Antwerp, for example, has joined the campaign, with a specific focus on employers. Among other things, the city wants to use its ‘Slim naar Antwerpen’ platform (Smart Way to Antwerp) to bring employers and mobility providers closer together.

Currently, 127 employers are affiliated with ‘Slim naar Antwerpen’, but the city hopes to convince several additional companies during the campaign month.

‘Slim naar Antwerpen’ helps companies to develop their own mobility policy but the city will also organise a workshop on mobility and well-being in June, or how an organisation can ensure that employees get more exercise.

And the city offers discounts on mobility credit for MaaS (Mobility-as-a-Service) apps, which combine various transport options in one app.

According to Netwerk Duurzame Mobiliteit more than 5 000 Flemish people registered to leave their car in the garage during the month of June.  Especially city dwellers take part in the campaign and experiment with more sustainable transport. “About 60% of the participants live in the larger cities”, says Prof. Cathy Macharis, who started the campaign six months ago and which will be repeated annually.

Especially Antwerp and East Flanders score particularly well. The other provinces follow at some distance, Limburg in particular (6,5%) seems less involved. According to research people who cycle often are the quickest to get convinced over ditching their car.