De Lijn has a plan, now it needs a new management agreement 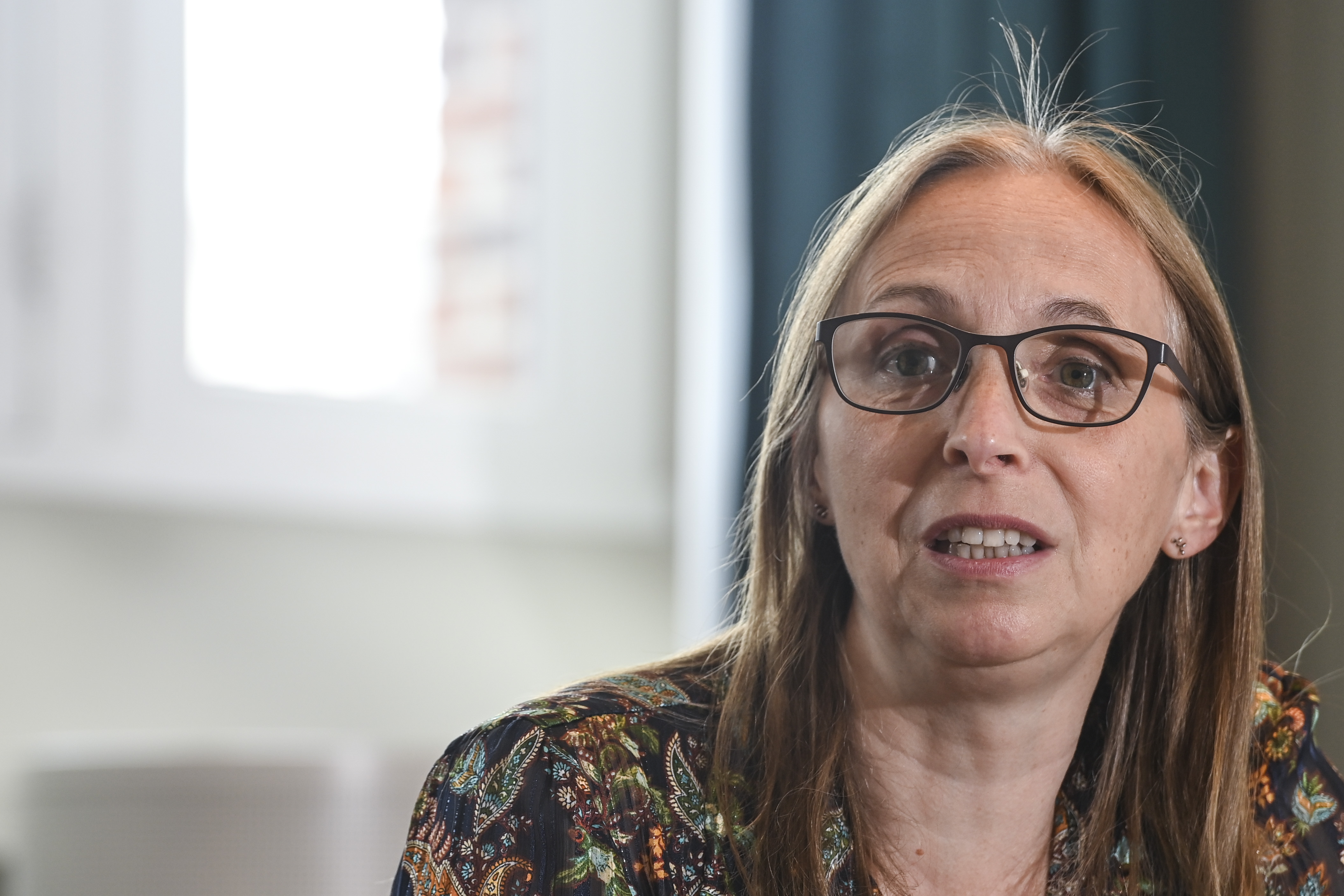 De Lijn wants to go green and also expects a solid government budget while hoping to conclude a new management agreement with the Flemish government before the summer, says CEO Ann Schoubs / Belga

Things aren’t going well for Flemish public bus operator De Lijn. As a result of the coronavirus, the numbers for passenger traffic lie about 40% lower than before the pandemic. It caused, among other things, a loss of 6 million euros.

Like in 2020, the Flemish government absorbed this impact with an extra corona allowance. Just when De Lijn is supposed to receive a new management agreement before the summer, it becomes clear again that the bus and tram company is more dependent than ever on government grants.

“We have gone much too far in the cutbacks”, said Johan Sauwens (CD&V), the brand-new chairman of the board of directors, yesterday at the presentation of the annual results in Mechelen.

35% of the passengers who dropped out because of corona have still not returned today, and the management considers that 10% will not return. Director-General Ann Schoubs blames this on teleworking, the popularity of bicycles, and, in part, the ‘stigmatisation ‘ of public transport, which only last week saw the mouth mask obligation abolished.

“But we have a plan, and now, of course, we have to get the resources to carry it out”, Schoubs said.

In the years to come, De Lijn wants to focus its efforts on greening its buses. Currently, De Lijn only operates a few full electric buses.

After the company cancelled a mega-order in 2020 due to a lack of funds and the objective of driving emission-free in city centres by 2025 disappeared from the agenda, it placed another order for 60 e-buses with Van Hool and VDL, last year. The company hopes to receive these by the end of this year so that it can activate them next year.

De Lijn is sticking to its ambition to have completely emission-free transport by 2035. That would happen gradually: the e-fleet should consist of 140 buses from 2024 and 560 by 2026, starting in 2027 with a controlled roll-out with larger orders, so that the entire fleet will be electric by the target date.

Of course, that transformation process involves major costs for the conversion of depots and the recruitment of employees with new profiles. Meanwhile, De Lijn is still waiting for a better prospect since talks about a new public service contract with the Flemish government are dragging on.

Schoubs hopes to land somewhere by the summer. But, according to her, it is essential that “several principles” can be anchored, such as “stable financing”.

That stable framework, by the way, should not only refer to future investments, but also the budget for day-to-day operations and improvements in services. “A budgetary framework in which we do not have to go begging every six months”, is how newly appointed chairman Johan Sauwens put it.

“The contract must be clear: this is the budget you have at your disposal, and this is the minimum task so that for the rest, we can respond to the opportunities”, said Sauwens, who helped found the public transport company in the 90s.

The Flemish government, in return, expects a lot from De Lijn. It must be able to lure commuters out of their cars, make the bus fleet completely green in the next ten years, and operate a more punctual and customer-friendly service.

To realise all those ambitions, De Lijn is expecting a significant investment. But of every euro De Lijn spends, less than 13 cents is covered by ticket and subscription sales revenue. More than 1 billion of the 1,3 billion euros that the public company made last year is being topped up by the Flemish government. This means that the coverage ratio is at an all-time low.

Sauwens told the newspaper De Tijd that too much money has been saved in maintenance over the past ten years to avoid a cut back on the bus offerings in tight budgetary circumstances.