New plans for Infrabel and NMBS/SNCB are ready 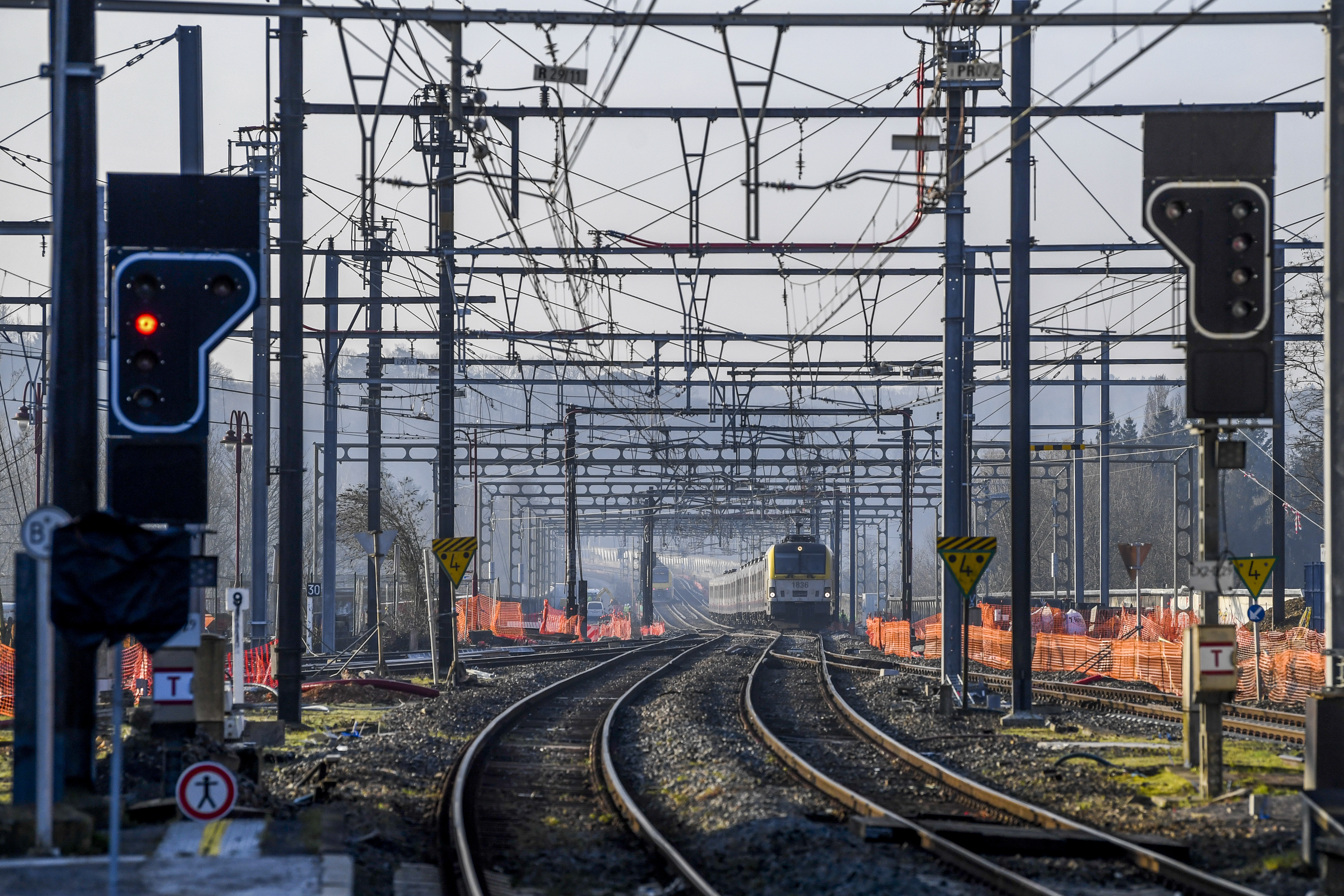 Both Infrabel and NMBS/SNCB have a new management contract ready. The federal government mus now approve it / Belga

Belgian rail network manager Infrabel has the investment plan for the next ten years ready. The federal government must now decide how much money it can release for this and what demands it is now making of Infrabel in exchange for subsidies. The company hopes to have clarity by the end of this year.

Railway operator NMBS/SNCB also has a new management contract with the government ready. That ten-year plan was approved by the board of directors in mid-May. Newspaper De Standaard was able to look at it and writes that the NMBS/SNCB must transport 30% more passengers in ten years, thanks to more trains, variable tariffs, and lively stations.

The budget is still being negotiated

Infrabel’s board of directors approved the business plan for the period 2023 to 2032 on Tuesday. The plan, which also contains the broad outlines of the investments that the railway network manager wants to make during the coming ten years, is, amongst others, attuned to the extensions of the train offer that the NMBS/SNCB intends to implement.

There is also room, for example, for investments in freight capacity to support the growth of the ports of Antwerp, Zeebrugge, and Ghent. Neither Infrabel nor the Minister of Mobility Georges Gilkinet (Ecolo) wants to say anything about the budgets because they are still being negotiated.

The first plan in a decade

However, the minister’s ambition is to increase the resources available to Infrabel. “Additional resources will certainly be needed to achieve the ambitions. These are useful and necessary investments: 1 euro invested in the railways brings in 3 euros for our economy”, Gilkinet says.

“And we are also asking for efficiency gains from the companies. They will receive more income because more trains with more passengers and goods will be put on the rails.”

It will be the first time in a decade that Infrabel will be able to do some long-term thinking. The last management contract dated from 2008 and ran until 2012, and since then, it has been extended several times without any significant changes to the agreement.

New objectives for the NMBS/SNCB

The NMBS/SNCB is also still working on a 2008 contract, and after more than a year of negotiations, the railway company and the cabinet of Minister Gilkinet now have a new contract ready for the next ten years.

According to newspapers De Standaard and De Tijd, which were able to inspect the contract, by 2032, NMBS/SNCB trains should cover 92 million km each year – or about 10 million km more than today.

On weekdays, the number of trains will increase from 3 800 to over 4 200. They will depart earlier in the morning and continue later in the evening. At just about every station, two trains an hour in each direction will be the minimum. Around the big cities, it will be four trains an hour, and the proportion of overcrowded trains may no longer exceed 2% of the offer. This should enable the NMBS/SNCB to attract 30% more passengers.

The NMBS/SNCB should also make the trains less punctual. Now at least 92% of the trains must be on time, even though the definition of punctuality at NMBS/SNCB has been broadened step by step in recent years. The new management agreement states that this must be 91,5%.

From next year, NMBS/SNCB will also be able to devise its own formulas and tariffs to attract more people to the train during off-peak hours. This means that the company itself can mainly develop new discount formulas. However, as far as the bulk of the fares is concerned, politics is keeping a tight rein on the prices of most tickets and season tickets.

Multimodality and the role that NMBS/SNCB can play in it must also be improved. Gilkinet sees train stations as a beehive where pedestrians, (share)cyclists, bus, tram, and metro passengers, and car drivers transfer from one means of transport to another. But changing trains at NMBS/SNCB must also be a lot more comfortable.

Plus: the space reserved for bicycles must also increase by 50% by 2032, and the company will also have to offer 164 000 bicycle spaces in its stations (+40%), and 100 stations will have to be equipped with bicycles garages with access control. An additional 5 000 parking spaces for cars will also be provided.

To government and parliament

The draft contract was unanimously approved by the NMBS/SNCB board of directors a fortnight ago, including the point to reduce the debt by one billion euros. This week, it comes for the first time on the table of the government. The intention is to land the bill by the end of this year.

“This preliminary draft will soon be submitted to Parliament,” says Minister Gilkinet in a reaction to press agency Belga. “It will have to be validated by the government and appropriately funded. The work is not yet finished, but it is progressing according to the announced objectives, to increase the modal share of the train and to improve the service to passengers further”, concludes Gilkinet.