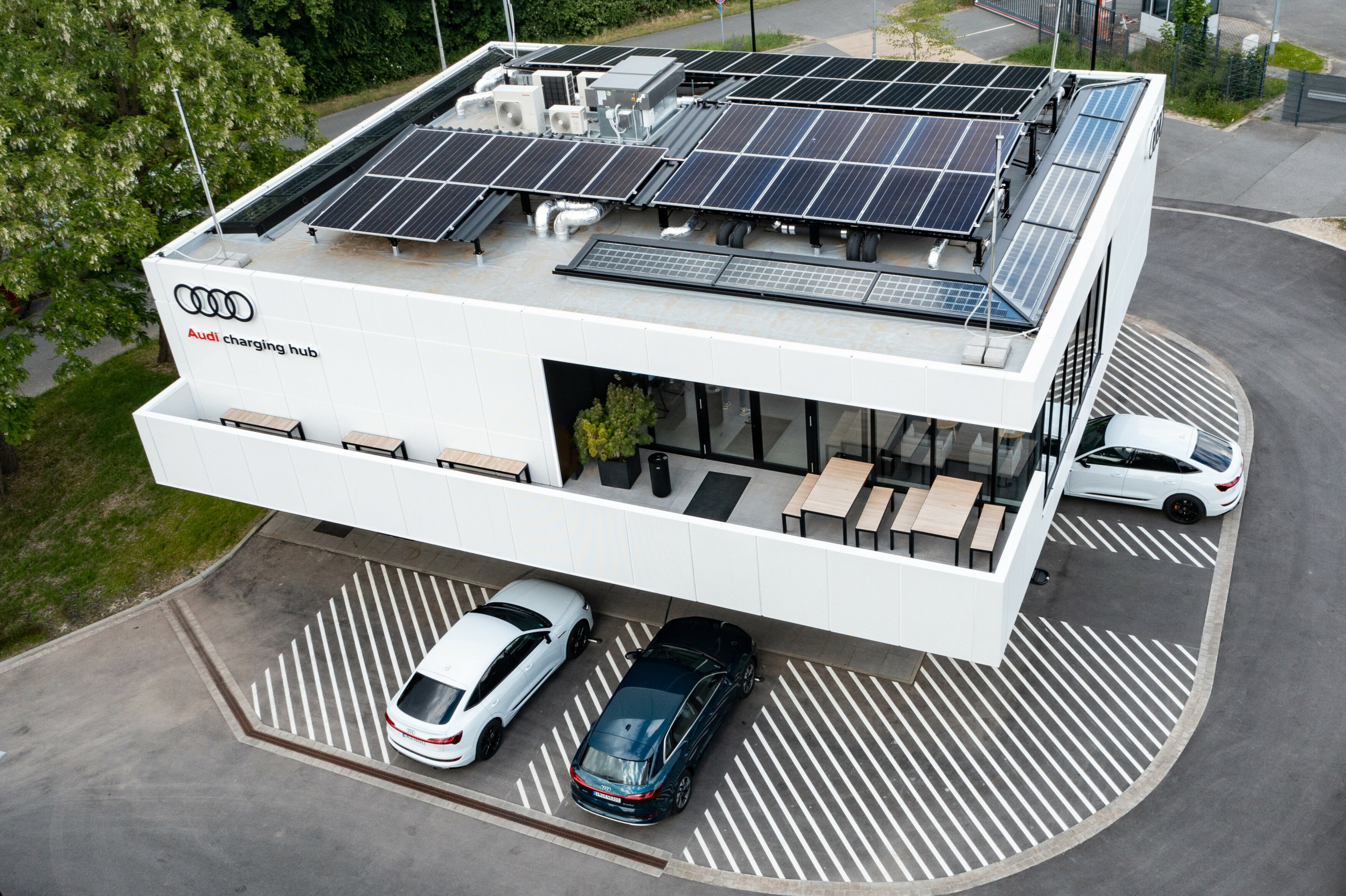 Audi welcomes 35 visitors per day in its charging hub in Nuremberg. Backed by positive feedback additional hubs will be opened in Zurich, Salzburg, and Berlin with more to follow /Audi

Following a pilot phase in Nuremberg and “overwhelmingly” positive feedback from customers, Audi has decided to expand its concept of charging hubs and take it beyond the German borders. Swiss Zurich is the next place where a mobile charging lounge of this type will be constructed, with Berlin and Salzburg shortly after.

Remember Audi’s charging hub in Nuremberg? We reported on it last year. It’s a road office for executives who can charge their car while enjoying a coffee or start working in a forty-square-meter lounge made of containers. The luxury EV charging lounge aims at managers living in urbanized areas with low access to charging infrastructure who can start their working day in the charging hub.

After a trial period of six months, the hub has been positively evaluated and will be expanded. Audi registered some 3 100 charges, spread across six reservable piles or around 24 charges per day. More importantly, 60% of its customer base showed loyalty and regularly returned to Nuremberg.

On average, the site welcomes 35 visitors daily. One of their most famous ones was CEO of the Volkswagen Group Herbert Diess, who applauded the idea after releasing criticism on the anything-but-premium approach of fast-charging consortium Ionity, in which his group takes part.

After he visited Audi’s hub, Diess wrote on his LinkedIn page: “I am absolutely thrilled with the new Audi charging hub in Nuremberg. A concept that sets new standards!”

One of the benefits of the mobile charging hub is its limited reliance on the electricity grid. Stationary lithium-ion batteries from old test vehicles account for 2,45 MWh of storage. The hub only needs a 200 kW connection to a low voltage network to keep these filled, minimizing the strain on the grid as much as possible. In addition, it makes the modular cube concept reasonably easy to install. The lounge also has solar panels for an additional 30 kW of energy.

Audi will now roll out the concept to other places. First comes Zürich, Switzerland, where a unit with four charging points will be erected in the second half of 2022. Two more hubs will be placed in Berlin and Salzburg, Austria. Audi also acknowledges looking into three additional sites for openings in 2023, with more German units to follow in 2024.