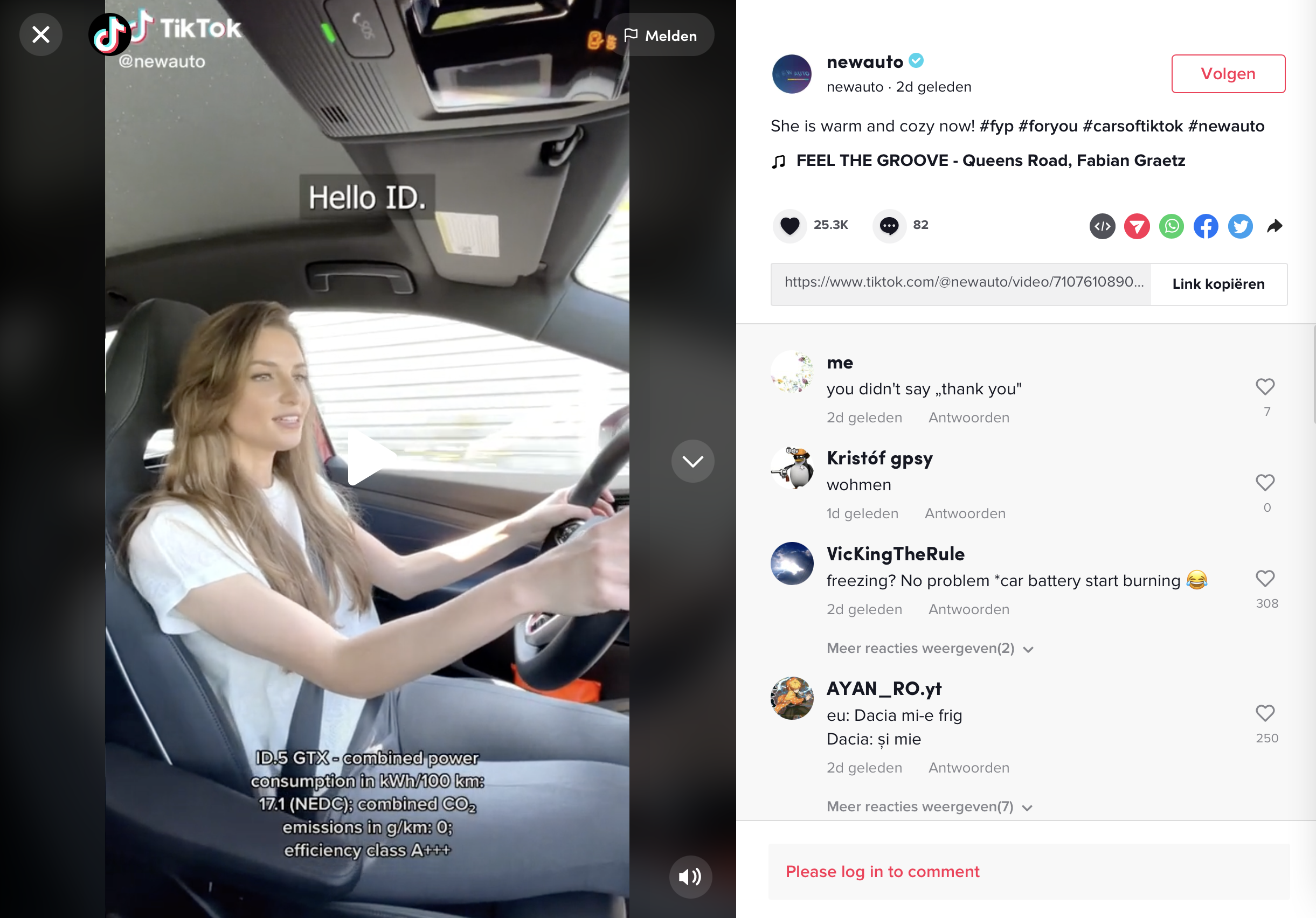 The Volkswagen Group debuts on TikTok under the name of its future strategy ‘New Auto’. It wants to reach out to Generation Z with employee-made short videos /TikTok

Regarding itself as a car maker transforming into a tech company, the Volkswagen Group decided it couldn’t do without a TikTok account. Under the tag “newauto”, also the name of the Group’s future strategy, employer-made short films will be published to inform about electrification and digitalization.

‘You did not wait for us, but here we are.’ The catchphrase summarizing the Volkswagen Group’s presence in one of the fastest-rising internet communities is bluntly honest. That’s probably the best attitude if you want to debut on TikTok and fetch contact with Generation Z, one of the target groups regarded as most sensitive to sustainability and new forms of mobility.

Of course, one billion people worldwide landing on TikTok every month can’t be neglected. But are they keen on visuals about something pre-chewed like the corporate strategy of the second-biggest car manufacturer in the industry?

Michael Manske, Head of CEO & Digital Communications at the Volkswagen Group, wants to give it a chance: “We are experiencing the biggest transformation in the history of the car. That means new business areas and disruption. (…) Instead of saying: strategy is too complex for a platform like TikTok, we are simply going ahead and trying it out – with infotainment.”

The Group doesn’t turn to renowned advertising companies for making the content. Instead, its employees create short mobile videos, which are then uploaded. The channel has been online for a week now, with two videos published: one shows a young woman commanding her ID.5 to turn op the heating, and the second one features an employee explaining in an animated video how Volkswagen is incorporating autonomous driving.

Volkswagen points out that the demands of the community shouldn’t be underestimated. According to a study by Global Web Index, 77% of the users claim to be very tech-savvy, and 51.9% said they were interested in environmental affairs.

The brands of the Volkswagen Group are already present on TikTok. Lamborghini is the most popular, ranking third in a survey conducted in 2021 by Uswitch.com. Top of the list is BMW, followed by Mercedes-Benz.

Rival Audi comes in at fourth place. However, the list of most popular cars on TikTok isn’t exactly an exemplar of ecological and digital awareness. The Ford Mustang scores highest, followed by the Nissan GT-R and the Toyota Supra.

The Volkswagen Group’s debut on Tiktok is part of a broader digital offensive, also comprising an intensified interaction on Twitter, LinkedIn, Reddit, and Chinese Weibo.