Eight out of ten Ferraris will be electrified by 2030 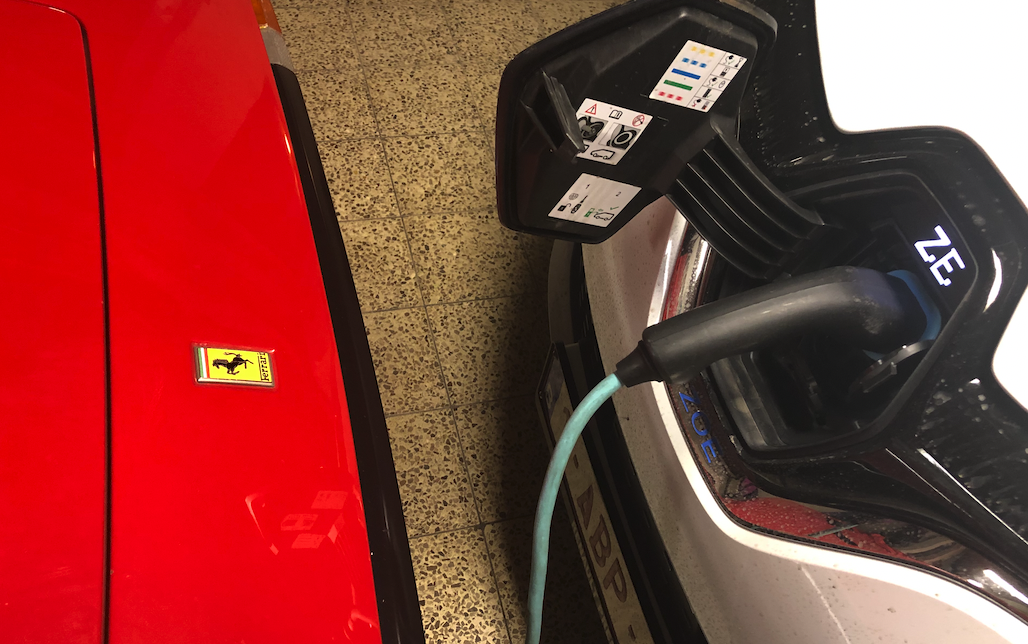 Ferrari hasn’t been pioneering on electrifying the modern sports car, but the new strategic plan from its CEO outlines a roadmap for the transition safeguarding the high profitability /NMN

Last year, appointed CEO of Ferrari, Benedetto Vigna, unveiled his strategic plan for the world’s most profitable carmaker at a shareholders’ meeting yesterday. By 2026, the sportscar manufacturer wants to boost revenue to 6,7 billion euros, from the 4,8 billion expected this year, driven by the launch of 15 new products and electrification of 60%. At the end of the decade, 80% of Ferrari’s will be hybrid or battery-powered.

Vigna claimed that the electrification push wouldn’t nibble away the high profitability of his company and stated that the technology “is a way to improve on performance”. He was backed by his commercial director, Enrico Galliera, who told news agency AFP that “the first 100% electric Ferrari models will also be 100% competitive.” As with its combustion engines, the company vows to develop and manufacture electric motors in-house.

Although Ferrari has allowed Porsche to take the lead in the electrification of the modern sportscar, Maranello is struck by lightning nowadays. Coming from the semiconductor industry, physician Vigna was a surprise appointment, but he is a stronghold, lured in to push through this electrification and digitalization program.

The first all-electric Ferrari is expected in 2025. The new model roll-out will start after the launch of the brand’s eagerly anticipated SUV PuroSangue in September 2022. Vigna’s strategic plan sees versions with combustion engines falling to 40% in 2026, further degrading to 20% in 2030. Then, gradually, F1-inspired hybrids and all-electric models will take over.

As with any manufacturer, analysts expect a surge in cost caused by this transition. Vigna will invest 4,4 billion euros in electrification by 2026, with 75% of that budget going to product development and 25% to constructing an assembly line for the all-electric Ferraris. Within four years, the brand plans 15 new launches. But remember that Ferrari also regards ‘spin-offs’ from existing models as ‘new launches’, so the final number of new models will be lower.

Up till now, sticking to the high-revving and blatantly loud combustion engine has far from eroded Ferrari’s bank account. Last year, Maranello broke another record, delivering 11 155 vehicles, a growth of 22,3% pushing revenue by 23,4%. And the party – call it a ‘birthday party’ since the Prancing Horse turns 75 this year – ain’t over yet.

‘You only live once’

During the first three months of this year, 3 251 Ferrari’s were delivered, further rising by 17,3% compared to the record-year 2021. The pandemic has evoked a spirit of hedonism among the new rich, burning their cash faster under the saying “You only live once”.

However, growing the production numbers has always been a rather delicate policy in Maranello. The manufacturer’s adagio is to build one model less than global demand to safeguard exclusivity. Following a strategic dispute, this led to the ousting of famed Luca di Montezemolo in 2014, who didn’t want to comply with Sergio Marchionne’s push for more output to serve upcoming markets like China.

Ferrari’s production schedule is also of particular interest in the woke of the 2035 ruling adopted by the European parliament. The so-called ‘Ferrari amendment’ passed through during the vote, granting niche manufacturers with a low production a delay until 2036 before finally banning the combustion engine in their models.

But with the condition that annual sales must remain under 10 000 units, the exemption doesn’t apply to Ferrari, which passed that point in 2019, and has now outlined further growth objectives. Moreover, in some regions like Flanders, a ban on combustion engines is scheduled even earlier. If all goes to plan, the last gasoline-powered Ferrari will be sold there at the end of 2028.