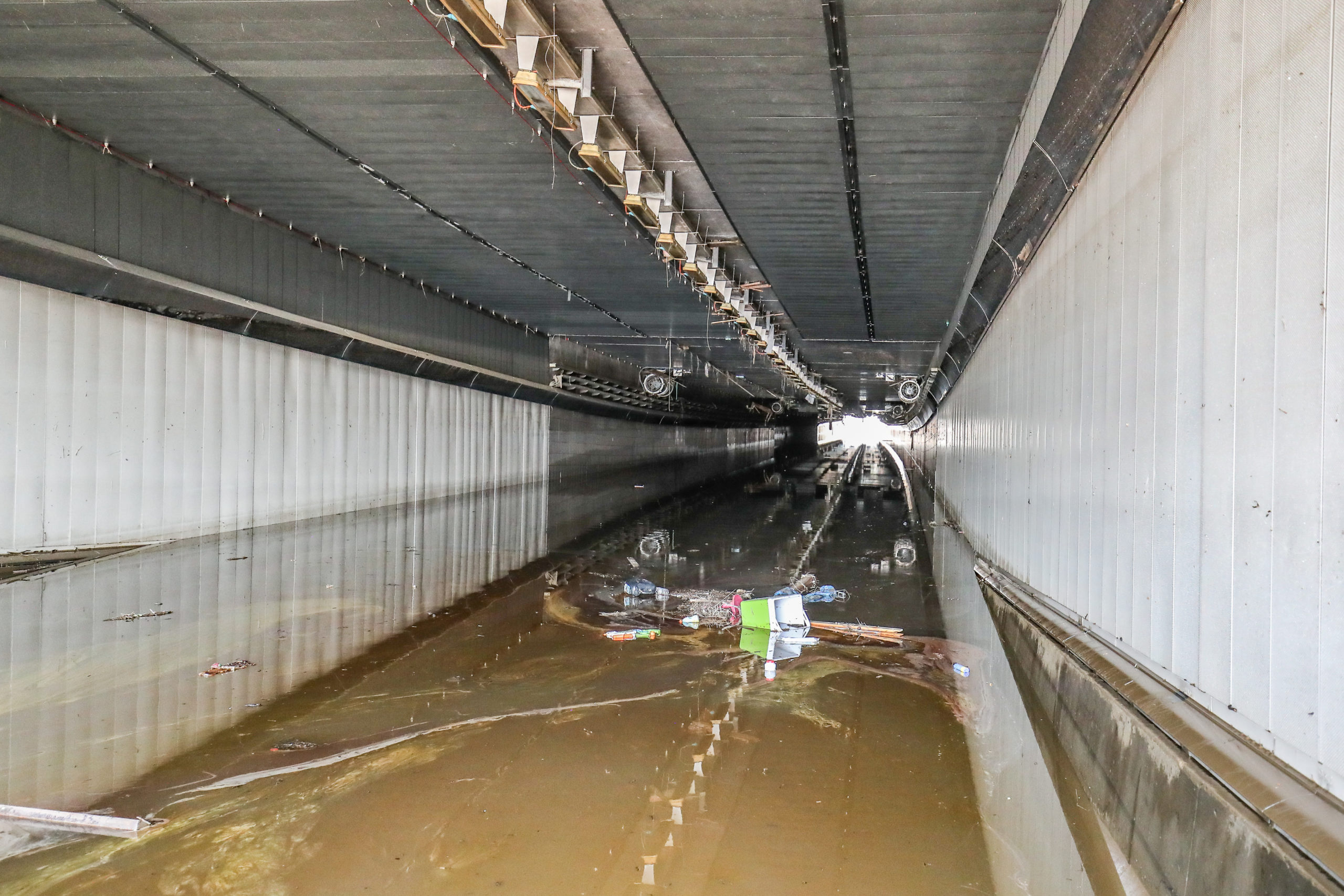 The “Grosses Battes tunnel” in Angleur, Liege, was completely flooded in July 2021 due to the heavy rainfall which caused severe floodings, in Wallonia /Belga

To facilitate thorough repairs, the Kinkempois and Grosses Battes tunnels on the E25-E40/A602 highway link in Liège will be closed in both directions between 4 July and 23 August. More precicely between the junctions 38 Angleur/Grosses Battes/Belle-Île and 37 Val Benoit/Seraing/Marche.

The highway is still suffering the consequences of last summer’s heavy floods. This was announced by the Mobility Task Force of the City of Liège.

The highway link, on the right bank of the river Meuse, was completely flooded with water and mud last summer. Urgent repair work was then carried out, but a “complete and sustainable renovation” still had to be done. This will, therefore, be carried out this summer.

Local traffic will still be able to use the Cointe tunnel, but only on one lane in the direction of Luxembourg. In the other direction, the two lanes will still be available.

To avoid too many traffic jams in the streets of Liège, transit traffic will be diverted via Daussoulx and the E42. Trucks weighing more than 7,5 tons and long vehicles (including caravans and coaches) will be banned from entering the Liège agglomeration.

The police have already announced stricter controls and fines amounting to 174 euros in the event of forced entry. It is recommended to turn as much as possible toward train,  bus, or even bicycle. The park-and-ride sites will be well indicated.

In addition, a new phase of night closures is planned from this Sunday 19 June until 3 July. During these two weeks, the link will be completely closed to night traffic, from 10 p.m. (progressive closure of accesses from 8.30 p.m.) to 6 a.m. (progressive reopening from 5 a.m.).