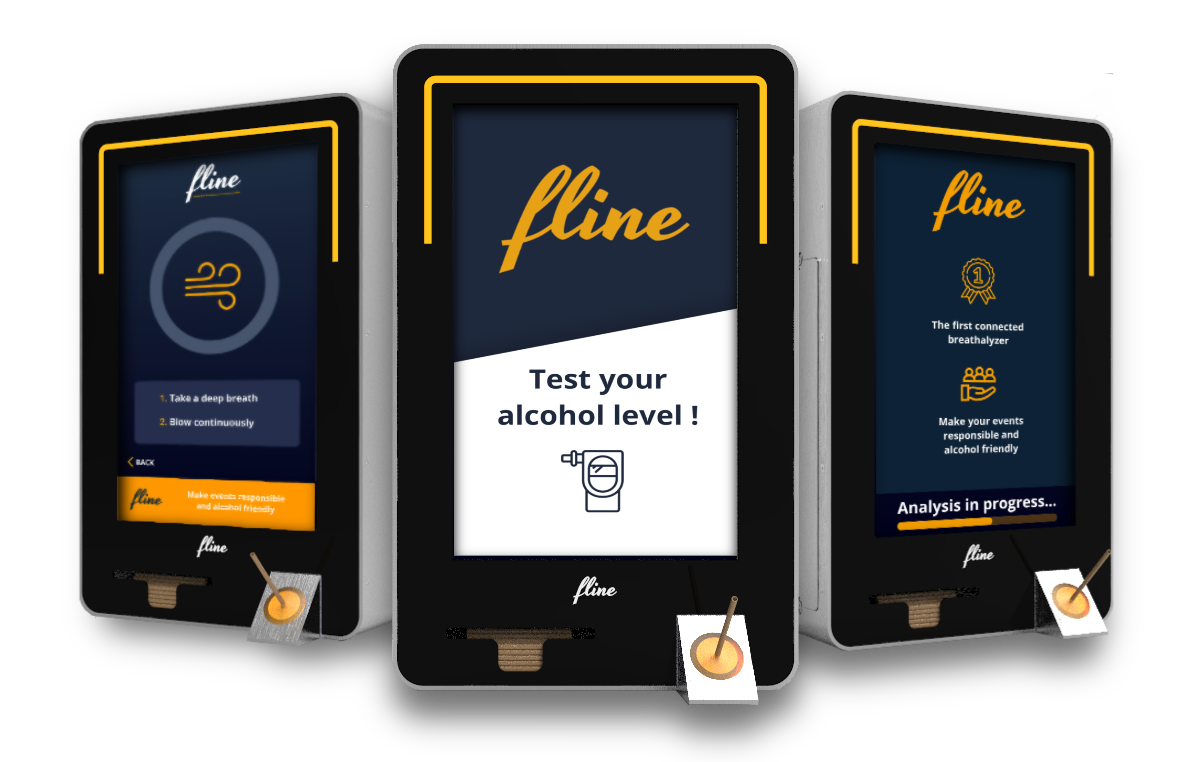 Interactive breathalyzers will be installed for six months in festive places in Wallonia. This is a pilot project to make partygoers aware of the dangerous combination of drinking and driving /site Flint

Six bars and discotheques will be equipped with interactive breath analyzer terminals, notably in Wavre, Braine-l’Alleud, and Waterloo. The so-called ‘breathalyzer project’ is a pilot experiment, with a budget of 120 000 euros, which will run in each Walloon province. The first started last Friday in Walloon Brabant.

The Walloon Minister for Road Safety, Valérie De Bue (MR), and the Walloon Road Safety Agency, AWSR, propose this solution so that citizens can freely measure their alcohol levels.

The interactive terminals will be set up in bars, discos, and concert venues in the various Walloon provinces. These machines, developed by the Belgian start-up company Fline, indicate whether the driver is fit to drive, the amount of the possible fine and the time to wait to get back behind the wheel in optimal conditions.

Before blowing into a cardboard mouthpiece, the user must tick the boxes on a small form to specify his age, gender, and whether he intends to get back behind the wheel quickly. The interaction is done via a screen that plays a short clip to encourage the use of the terminal and gives prevention advice or proposes alternatives, such as the number of local taxis.

Evaluation at the end of the year

During the evenings, ‘investigators’ will question users to assess the impact of the use of these terminals on driver behavior. An evaluation is planned for the end of the year, and the experiment could be generalized if the effects are favorable. To avoid ‘contests’ that partygoers might engage in, the kiosk does not indicate the alcohol level above the legal maximum.

“These kiosks will be installed in about 30 places during the second half of the year,” says Françoise Guillaume, the general manager of AWSR. “It’s an interactive, modern tool that allows you to evaluate yourself throughout the evening. The idea is to raise awareness. We are not here to condemn, but to help people react appropriately.”

With their interactive terminals, Fline, set up at the time by students from UCLouvain, wants to ensure that “testing your alcohol level becomes a habit, like the Covid-19 test”. According to the newspaper L’Avenir, it aims now to equip event companies, which will be able to hire these terminals at festivals, weddings, etc.

It is estimated that accidents involving a driver under the influence of alcohol cause a quarter of fatal accidents yearly on Belgian roads, i.e., almost 45 deaths in 2021. In Europe, more than one accident out of four is caused by alcohol, which leads to more than 5 000 deaths on European roads every year.

The percentage of drivers under the influence of alcohol involved in road accidents in Wallonia has also increased in the first months of 2022 (from 9% to 13%). In a survey conducted in 2019, Belgium came out as the world leader in drunk driving.