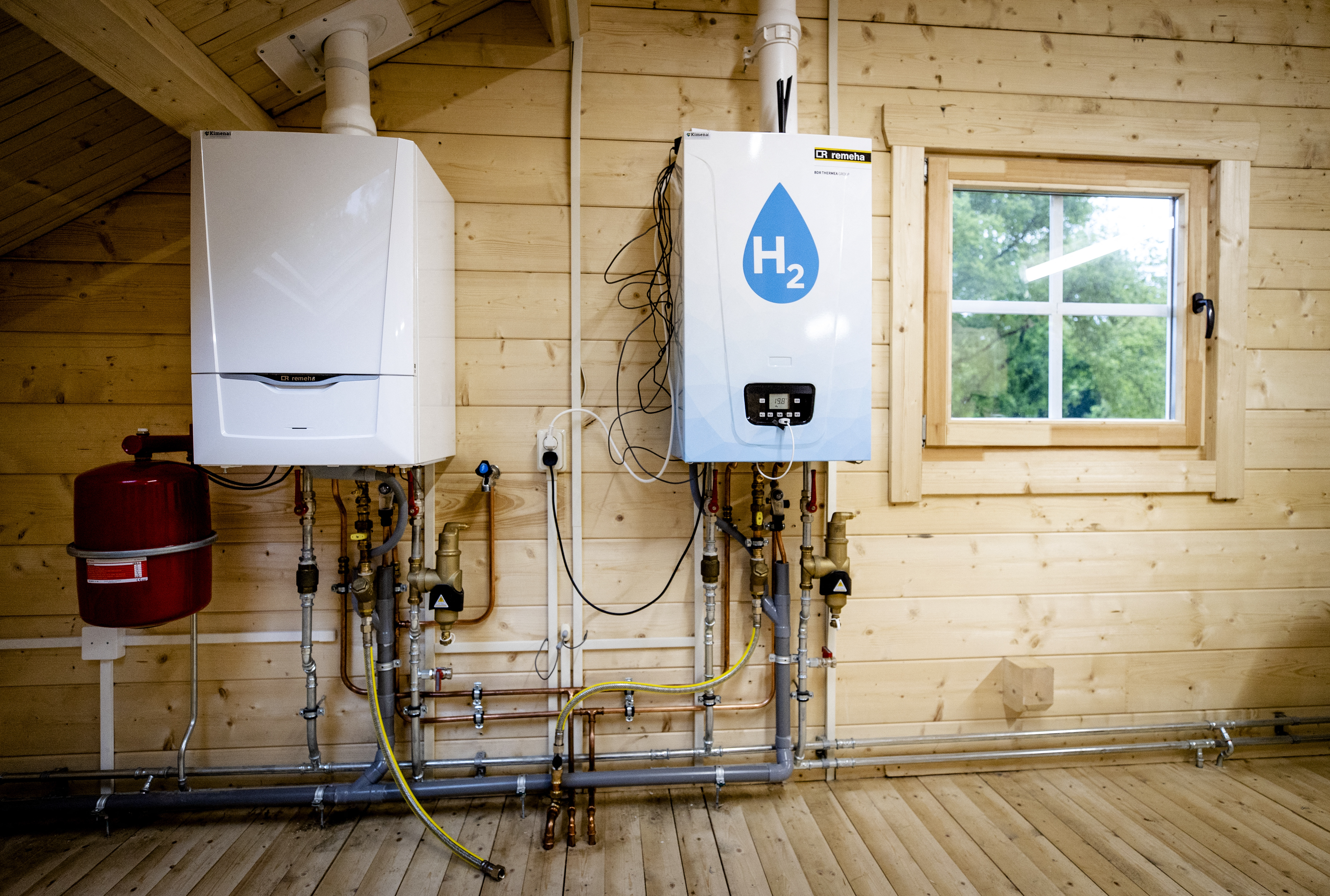 To replace gas as a means of heating by 2050, Sibelga, the Brussels energy distribution network operator, is studying the possibility of hydrogen /ANP/AFP

Sibelga, the manager of the Brussels gas and electricity distribution network, plans to use hydrogen by 2050 to heat old, poorly insulated buildings. According to the newspapers De Tijd, L’Echo, and La Libre Belgique, the company has had a study carried out for this purpose.

As the availability of biogas is limited, green hydrogen could be a solution to assess the most efficient way to achieve carbon neutrality in 2050. Because it would not be feasible to heat all homes with electricity and heat pumps by then, supplying hydrogen-powered boilers via Sibelga’s existing gas network could be a solution.

The study conducted by Deloitte and the engineering firm Sweco reveals that all-electricity is not the best solution for decarbonizing heating in Brussels. Given the age of the buildings in Brussels and the low level of well-insulated homes, it would be very complicated and expensive to insulate all the facilities and fit them with heat pumps.

Plus: not all buildings can be equipped with a heat pump, or not all types of heat pumps can be used in an apartment building. For a horizontal capture network with a geothermal heat pump, for example, you need about as much space as the surface area of your building.

Too many outdated homes are also not ready to switch to heat pumps, which would overload the Brussels power grid, especially on cold winter days. Depending on the scenario, a mix of heat pumps and hydrogen boilers would, therefore, be the best route to climate neutrality, the study estimates. Parts of the natural gas grid could then be switched to bring hydrogen to households,  keeping their existing gas heating, and providing the upgraded boiler.

Sibelga proposes to look at this district by district and choose the best approach, with room for heat networks or biogas in addition to hydrogen and electrification.

According to Inne Mertens, CEO of Sibelga, it would be more economical to use other solutions than heat pumps to decarbonize heating. Green hydrogen could be a solution. “Our study concludes that there are no major contraindications to injecting a 100% hydrogen fluid into the gas network,” says Bruno Deremince, Innovation Officer at Sibelga.

The primary materials in the network, such as steel and polyethylene, should be able to withstand this without any problems. “But we will also have to check the compatibility of the welds, sleeves, sockets, and meters,” explains Deremince. “For this, in-depth analyses will have to be carried out. But so far, there are no red lights.”

However, the conclusion of the Sibelga study goes against the opinion of many experts, writes La Libre Belgique. While the role of green hydrogen in industry and truck transport is widely accepted, many experts doubt that it will ever be used in the residential sector, not least because of the risk of explosion.

In addition, a report published by German think-tank Agora Energiewende says that the greenhouse gas savings are not worth the cost. Merely blending renewable hydrogen into the gas grid, would “raise the price of delivered gas by around 33%, but reduce emissions by only 7%,” the report says.

The actual costs for households would also be much higher than for industry or other large-scale consumers. Proponents of hydrogen say that existing gas networks can carry up to 20% hydrogen without needing a costly revamp. EU climate chief Frans Timmermans also backs this view.

A supply network needs to be developed

Another tricky point: as electrification of energy end-uses continues to increase, demand for gas will inevitably fall. A gas operator like Sibelga sees his business model seriously challenged, so isn’t the company pushing hydrogen to save its gas network?

“Not at all,” replies Inne Mertens. “We have an electricity and gas network. So if hydrogen is ruled out, it will be our electricity network that will benefit.”

If hydrogen wants to be a solution for the energy transition, a global market first will have to be developed. Brussels will have to import all its hydrogen, and, for this to happen, infrastructure must be developed in Belgium.

According to the newspaper De Tijd, by 2024, Sibelga hopes to have clarified, together with Brussels Environment and the Brussels Government, which future scenario is best and which place hydrogen has in it. When the new period for the Brussels network tariffs starts in 2025, the switch to hydrogen toward 2050 can be included in the investment plans.

By this time, Sibelga will work on many additional tests, and studies will have to be carried out. At the same time, an urban laboratory will also be developed in partnership with Fluxys, the Belgian operator of the main gas pipelines, and the ULB/VUB, among others.

A pilot project will also be set up with Brussels public transport company MIVB/STIB. For the moment, MIVB/STIB has one hydrogen bus, but it hopes to extend the test phase by purchasing around 20 articulated buses running on hydrogen. In addition, Sibelga will build a supply station for the buses.

The federal government approved a federal hydrogen strategy last autumn. The aim is to make Belgium an import and transit hub for green hydrogen. The government has also launched a call for innovative projects on the production, transport, and use of hydrogen. 50 million euros has been made available for the call for projects.