This is how Polestar 5 will outrun Porsche Taycan 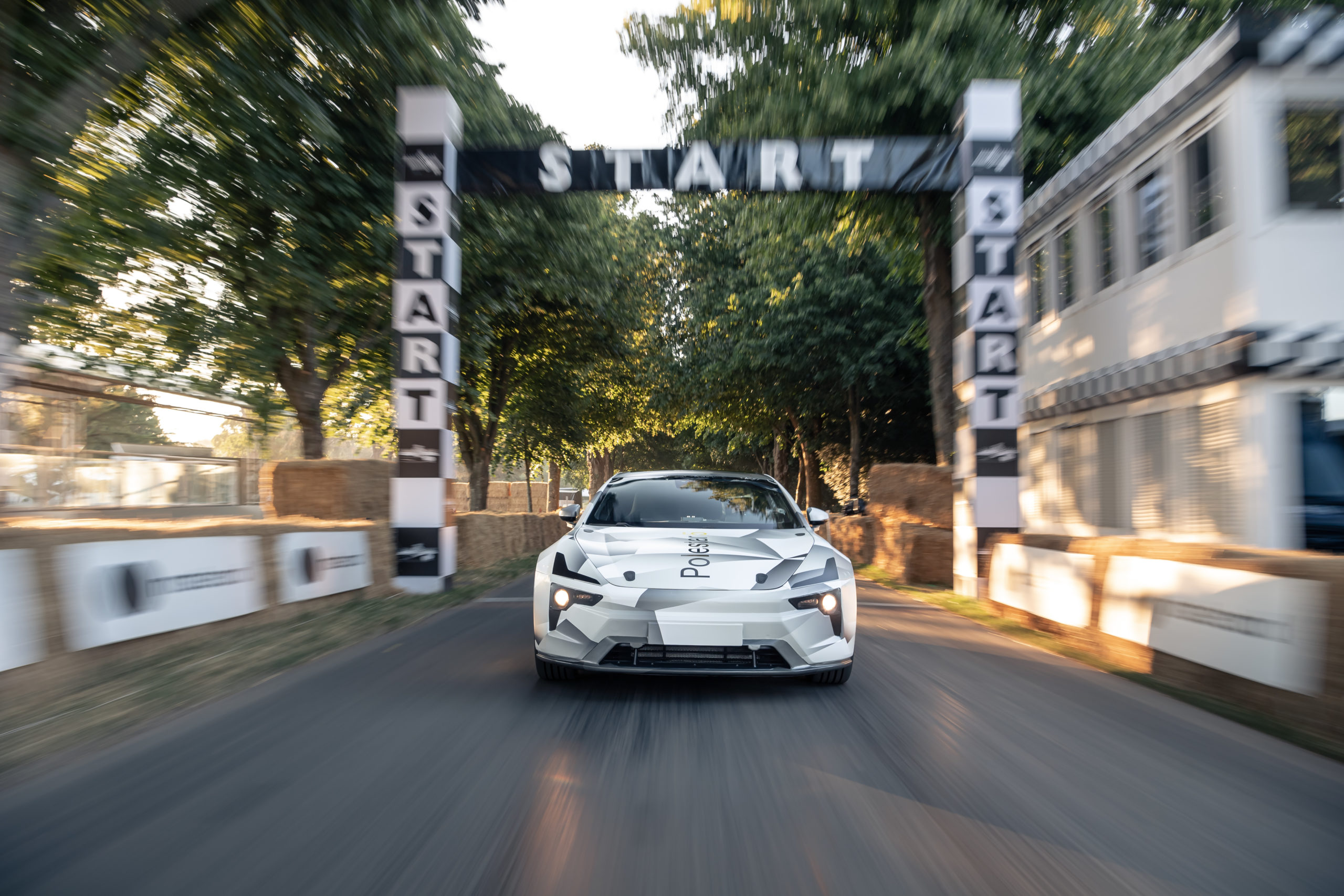 When the Polestar 5 arrives in 2024 it will sit on a new platform, have two electric motors, and fast-charging ability at 800 volts /Polestar

The launch is still two years from now, but Polestar is gradually unveiling details of its top liner, the Polestar 5. As a manifesto car, it will introduce a new electric driveline for the brand. A considerable step up, because this combines very high power with a very high charging voltage of 800 V DC.

It’s a busy end of the week for Polestar. After approval from the stockholders on Wednesday, the EV company will start trading on the Nasdaq stock exchange on Friday. Probably no coincidence then that the highly anticipated trading debut will be symbolically marked by a prototype of its flagship 5 zooming up the iconic hill climb at Goodwood Festival this weekend. Polestar took the opportunity to unravel some specs of the car.

More than a small margin

Obviously, the Polestar 5 is after the Porsche Taycan. And beats it. With a claimed output of 884 hp and a torque of 900 Nm from a yet-to-be-specified battery pack, the Swedish-Chinese GT outperforms the most prestigious Turbo S version (761 hp) of the German sports sedan with no less than 123 hp.

That’s more than a small margin. The power play is also significant compared to the more compact Polestar 2, of which the top edition (Long Range Dual Motor) packs only half that amount: 408 hp.

As for fast charging, the Polestar 5 levels with the 800 volts on-board network that the Porsche Taycan debuted at launch in 2019. This capacitates ultra-fast refills at peaks of 270 kW, charging from 10-80% in around twenty minutes. Since the capacity of the battery pack of the Polestar 5 so far remains unknown, we can’t be sure if the Polestar pulls off the same trick.

According to the press release, the development of the electric powertrain is ongoing in Sweden. Of the two electric motors installed, the rear one is a new development. The Polestar 5 relies on a unique bonded aluminum chassis to align its majestic power with the targeted dynamics.

Polestar wants to design the production version of model 5 along with the principles of a concept car. Admitting this poses quite a challenge, the sports car will use pioneering interior materials and methods such as a tailored knit for the seats based on PET bottles. It’s inspired by the production of sneakers in the shoe industry.

Though the prototype running up the hill in Goodwood is still camouflaged, the design is already partly unveiled. The car shares most of its aesthetics with the Precept concept from 2019, but it won’t be featuring the pillarless ‘suicide doors’.

As for now, it remains a question mark if the stock trade will likewise take part in the hill climb tomorrow. However, with shares of Volvo and umbrella company Sores Guggenheim rising after the green light earlier this week, signs are positive. 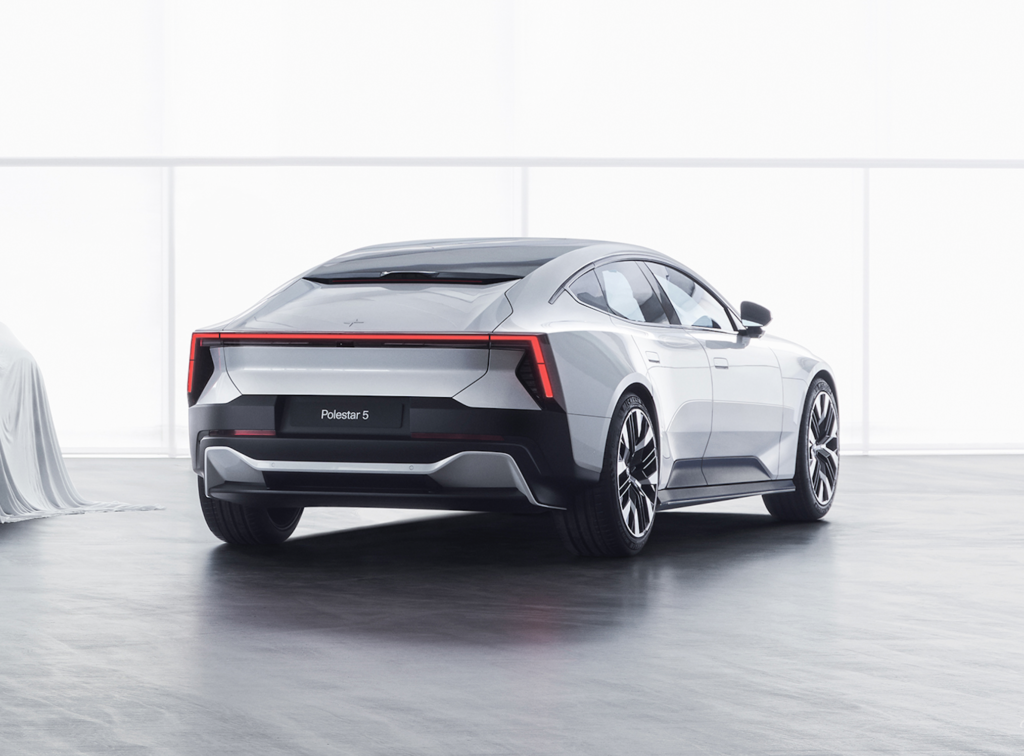 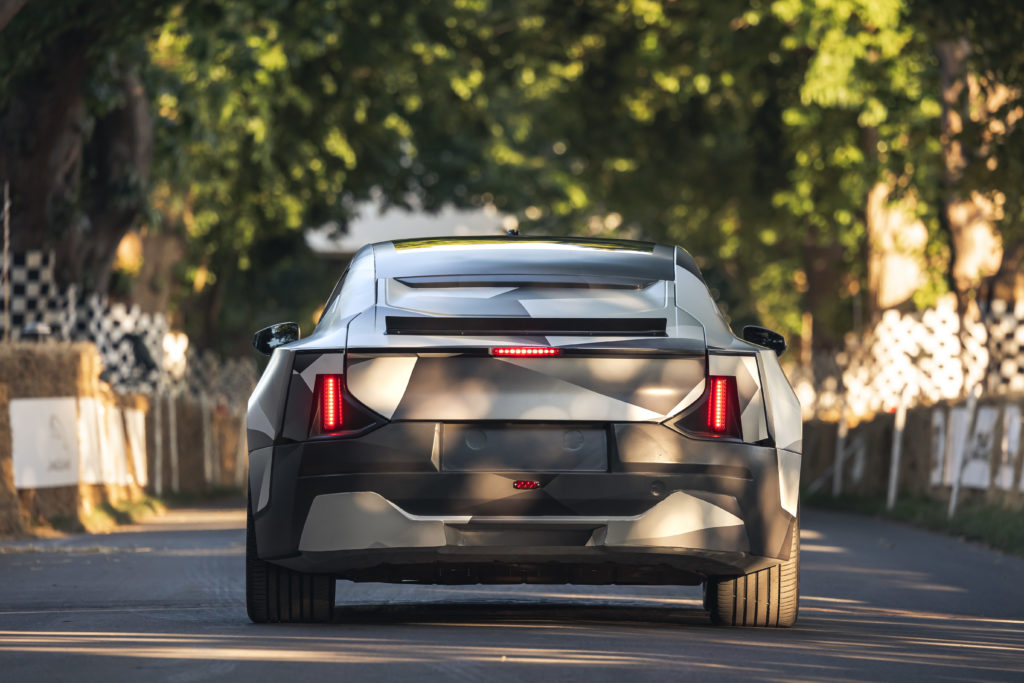